February 10, 2017 - Corallina Lopez Curzi
Italian Interior Minister Minniti has finally announced the long-awaited and controversial plan on immigration and asylum before the two Commissions for Constitutional Affairs of the Chamber of Deputies and of the Senate. Prime Minister Gentiloni has presented the package to the Council of Ministers with the intention of making it effective by the end of the month. Pending more details, let’s analyse the main points of the plan.

The Government seems to have just one fundamental priority: sending home as many “illegals” as possible. And doing it for real, because “expulsion orders are not enough: those who don’t have the right to stay must return to their home countries.”

This implies an increase in and an acceleration of forced returns, especially through bilateral agreements with the migrants’ home and transit countries, even those where the government is a dictatorship, like Sudan, or whose systematic violations of human rights are well known, like Libya. In fact, the concrete implementation of the recently signed memorandum with Libya’s internationally recognised government is among the Minister’s priorities. And this in spite of its being, as the Association for Juridical Studies on Immigration (Asgi) has claimed, “in contempt of the right of asylum as provided for by the Italian Constitution and of the duty to respect human rights.” 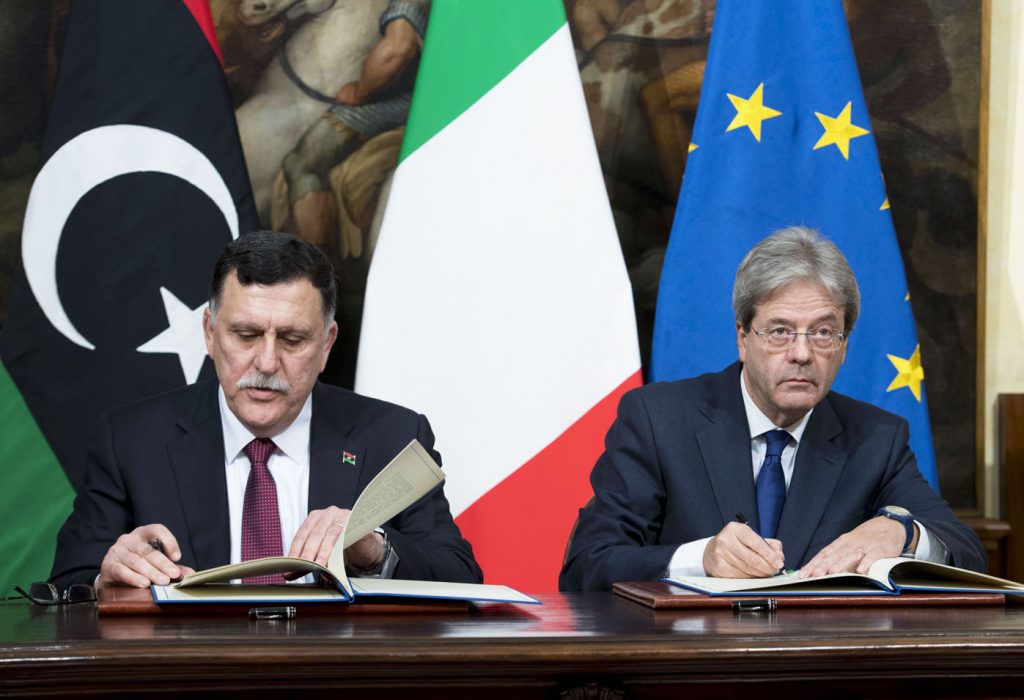 2. Extension of the administrative detention system

In the meantime, before the government enforces and implements new agreements like those that have already been signed in order to accelerate return procedures at all costs, the main solution remains administrative detention, under a new name but with the same essence. The second ingredient in Minniti’s recipe is precisely the extension of this system for immigrants. Quadruple capacity, from the current 400 places to 1600, will be achieved by opening new centres, which, according to the Minister, will have nothing to do with the present Identification and Expulsion Centres (Cie). These new centres with their new name – from Cie to Centres for Permanence before Return (Cpr) – one for each region, are to be “small structures, with transparent governance and unlimited access for the Guarantor for the Rights of Persons Detained or Deprived of Liberty.” These are to be the substantial changes, but they fail to acknowledge the historical disaster of administrative detention, which has proven inhuman – for the conditions in these centres are so desperate that in some cases even the judges themselves have defined migrants’ violent protests a legitimate form of self-defence against the violation of their fundamental rights – but also incredibly expensive and useless, since the vast majority of the people hosted in the Cies have not been repatriated.

The truth is, according to Gabriella Guido from the LasciateCIEntrare campaign, that “instead of opening new centres, we should close the ones that are open.”

The upcoming changes will have negative consequences not only for so-called “illegal” immigrants, but also for those who apply for international protection. With a view to relieving the overloaded asylum and reception system and cutting procedural red tape, the government has proposed a very simple solution: a reduction in jurisdictional guarantees. This would be the main effect of the civil procedure reform about the disposal of appeals regarding international protection which, among other things, would eliminate the second instance for those who have been denied asylum in the first instance, thus clearly sacrificing the rights of vulnerable people for the sake of faster law courts and emptier reception centres. In other words, this reform would make asylum seekers pay for an inefficient administrative system and an overburdened legal system, two problems that not only concern migrants.

The consequences would be very negative because, as lawyer Dario Belluccio from Asgi explains, “if we deny the possibility of appealing against the first instance decision in this matter, we are waiving our duty to fully safeguard a right that, if violated, may lead to violence, torture, discrimination and even put lives at risk.”

In the meantime, in order to avoid an “empty wait” – in the Interior Minister’s euphemistical definition of the desperate limbo and precarious conditions in which thousands of people live while waiting for the outcome of their application or appeal – refugees could carry out “public utility works, financed by European funds.” With the immediate clarification that “the labour marked would not be duplicated, because such works would not be paid.” But in this case, since words matter, wouldn’t it be better to call it voluntary service instead of work? Anyway, the Italian Refugee Council (Cir) highlights that if this socially useful work became a condition to obtain accommodation, or if it somewhat influenced the granting of the refugee status or of humanitarian protection, the situation would become completely unacceptable.

The guidelines presented by Minister Minniti, however, also include some good intentions: besides the excessive stress on forced returns that, far from being considered an extreme solution, remain the fundamental instrument for the migratory flow management, the government would also double funds for Assisted Voluntary Returns (AVR), the human alternative that is worth investing in. Furthermore, local authorities of the SPRAR network would be further involved with the aim of promoting more diffuse and integrated reception. The last positive aspect is an attempt at improving transparency in a notoriously and intolerably opaque system: on the one hand, the revolution of “parcelled out” contracts for the management of services in migrant reception centres (one invitation to tender for each service, instead of one for all services), already approved by the National Anti-Corruption Authority (Anac); on the other hand, the extension of the authority of the national Guarantor for the Rights of Persons Detained or Deprived of Liberty on the centres.

But this is clearly not enough to compensate for the many controversial points of a plan that seems to further restrict and undermine rights and guarantees which were already fragile.