April 22, 2020 - Romina Vinci
Preaching about social distancing is no easy task when you live in a small and cramped space. Expecting the correct behaviours to be followed under poor hygiene conditions can be quite challenging. The foreigners who try and convey this concept to their families back in their home countries know this pretty well. Romina Vinci gives us a glimpse of a class of adults in Lombardy, Italy, in the middle of the Coronavirus emergency.

The school director likes to think of ourselves as a “frontier school”. I am not a huge fan of labels and I believe that no individual or living thing should be governed by them. And yet he has a point. Because all of those who attend the CPIA (Provincial Adult Education Centre), have diverse backgrounds. In fact, the school has 15-year-olds, 16-year-olds, or even 18-year-olds struggling to get their middle school diplomas. Likewise, it has adults with different nationalities who, at one point in their life and for various reasons, decided to get back in the game and pick up their books again. A dynamic and ever-changing melting pot.

And so, every single day, before getting to one of my evening classes, I could not help smiling. I was lucky, and I was aware of it. I found the whole world in there, awaiting me. Students chatting and joking in their broken Italian. And I, who for over ten years had been dreaming of telling stories about the world, while travelling across the farthest ends of the Earth, well… I could not be any happier with such a great privilege I was given.

Our school has been closed for more than a month now, as indeed have all the schools in the Lombardy region. It has been more than a month since the implementation of what the insiders call DAD, which stands for “Didattica a Distanza” (Distance Teaching). Our institute has fielded a lot of resources: we use GoogleMeet to videocall, ClassRoom to recreate virtual classrooms. Plus, the electronic register has been enhanced to the extent that it enables giving video lessons and holding video conferences, which is great news. Unfortunately, we forgot the fundamentals: our students do not always have access to the Internet. Many of them live in precarious conditions, some in reception facilities. Very few have their own computers. The only device they have is a smartphone, but the amount of gigabytes they can afford can be counted on the fingers of one hand. Yet, the phone company most widely used by foreigners does not care to offer any free-of-charge services, unlike those companies who joined the “Solidarietà Digitale” (Digital Solidarity) initiative.

In meeting after meeting, we teachers continually ask ourselves questions, in an attempt to figure out a way to reach all our students. However, little can be done to encourage them not to give up, to get across the message that studying is essential to their lives. And yet, it’s besides the point. Because if you had one gigabyte available for the month – which is my students’ current tariff plan – well… you would definitely use it to make sure your family members in Africa were safe and sound. And how could anyone blame you? Who would use that single gigabyte for a different purpose?

So we, teachers, do what we can with what we’ve got. We prepare video lessons that students can download to work on remotely, we keep in touch using WhatsApp. Voice messages are their favourite.

For most students, school was on the ‘special places’ list. This is because the group, the class, gave them a sense of belonging. But today, with the gates being shut, many feel they belong nowhere.

We do our best to to be close to our students. We know what they’ve been through and can sense their fears. Fears, which after all are shared by the whole country, of course, but are exacerbated in those who see the few certainties they had managed to build for themselves crumbling under their feet. There is much concern about the current situation. “I haven’t been working since March 1st. What will become of me?”, wonders Hamzan. A contract can be a safeguard, but there is little recourse for those who don’t have one. He wonders how he is going to keep paying the bills. Then there are those who never had a job, but never stopped searching for one. “I won’t be able to take my CV out to restaurants”, tells Youssof, who should be happy today, because he managed to get subsidiary protection after 2 years. But now the long-sought-for document has suddenly lost its value.

There is fear for the future, for a collapsing national economy, that, in order to pick itself back up, will necessarily leave some behind. They will be at the top of that list.

There is fear for the present when you leave the house to get some groceries. Fear of dealing with the authorities, afraid that they will not be very patient with them. The self-certification form – which must always be kept in your pocket – changes every two days. Every two days I explain them how to fill it out. None of them have a printer. They need to write it all out by hand.

It goes without saying that this is not a didactically useful writing exercise.

So, last week I assigned them the task of writing a letter to their families. Rabiaa comes from Morocco and has been living in Lecco with her daughters for a year and a half. She wrote a letter to her mother.

“We are lucky to be in Italy – she writes – everyone can receive medical attention in hospitals, inshallah we will be able to smile again soon.”

“Josephine, instead, wrote to her sister in Ivory Coast: “I was doing my internship but it has been suspended. Before all this, when I got to work trains were packed and it was hard to find a seat. But over the last two weeks the trains have been empty”. Josephine has already experienced a similar situation “it feels like living during the time of war in Ivory Coast – she says – when going out was not allowed from 6 am to 4 pm and we were forced to stay at home”.

Lamin also recalls the curfew period. “Back in Libya, I only went out to buy groceries. I would only go out when they stopped shooting, when the gunshots had gone silent for at least half an hour. I would run to the grocery shop. The shutters used to be half-closed all the time. I would bend over to get in. I would buy bags of rice and flour and would go straight home. But while you could hear the bombs, you can’t hear the virus. It makes no noise, it’s everywhere, but you can’t see it.

Omar does not feel like writing, he picks up the phone and calls me. “My friend’s dad has died – he says –, I spoke to him this morning and he said now his mother is sick as well. I don’t know what to do, I’m staying at home, I can’t think about or focus on anything else”. 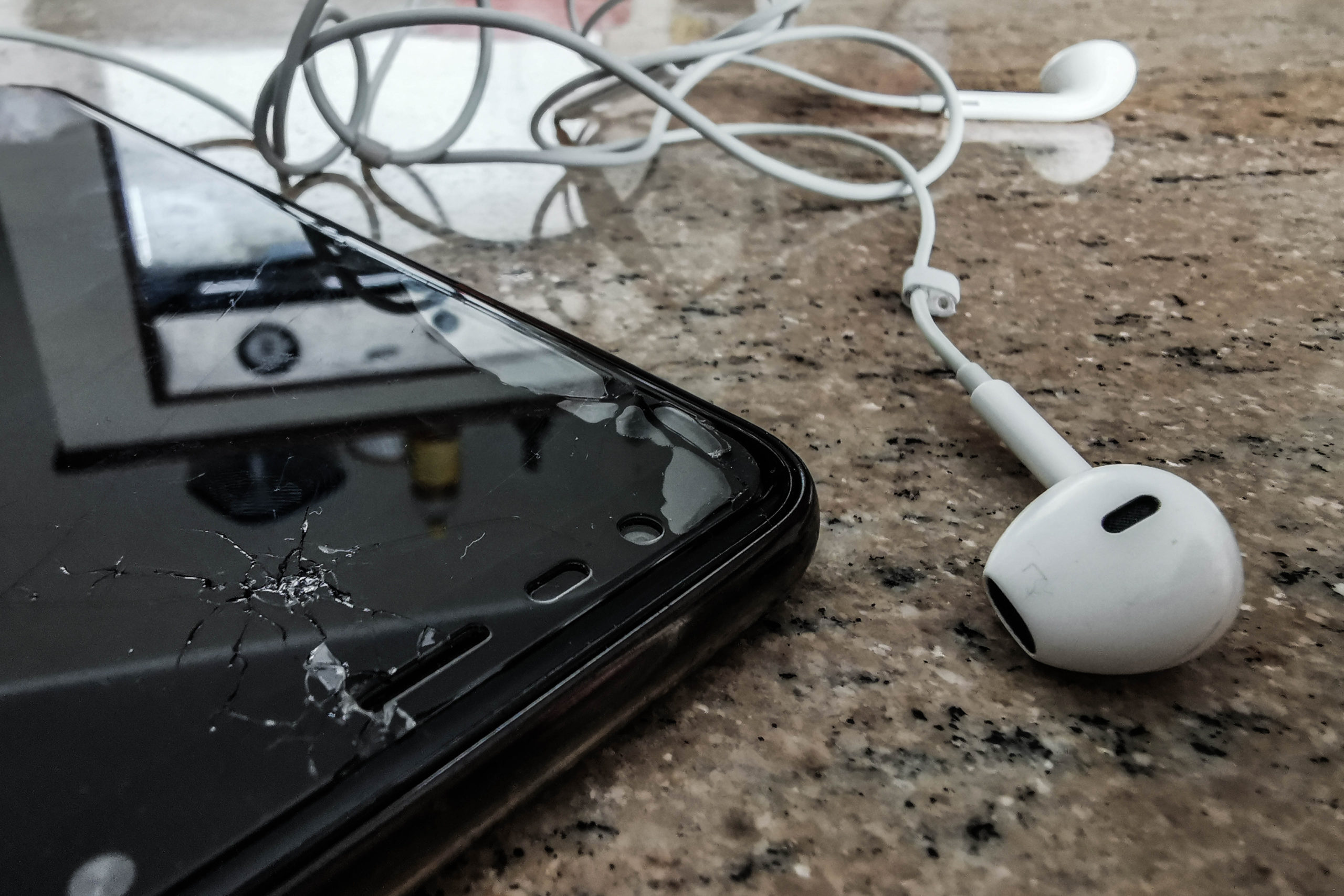 For many students, school represented their only opportunity for social gathering; a safe haven which is lacking today. Religious believers can still rely on their faith: the phrases they write on their WhatsApp status regularly include invocations to God, regardless of religion. Last week, the Muslim youths, following the lead of the Italian Islamic community, participated in a day of fasting.

“Coronavirus has spread to Gambia too”, says Lamin. Apparently, patient zero is a Pakistani who, once aware of the closure of the Banjul airport, thought it would be a good idea to reach Gambia by land, travelling through Senegal. He got sick twice; the first time he was taken to a clinic, but he was not diagnosed with anything. Then he got sick again and the diagnosis was clear: COVID-19. Treatments were of no use, the patient died. In the days leading to this trip, he moved around quite a lot; he even went to the largest mosque in the city of Serekunda. “They are retracing his movements in order to know who came into contact with him” Lamin continues. Meanwhile, schools are closed in Gambia, but lessons will resume soon, albeit in an unusual way. “Lessons will be broadcast on TV and radio stations – says Lamin – and there will be a lesson for each of the different school grades at every hour. In Gambia we don’t have a lot of resources, but we don’t intend to surrender”, he says. However, his voice cracks when faced with the reality.

And so, the Pandora box is open now and fuels everyone’s worst fear: most of the countries in Africa, with their health systems, wouldn’t be able to manage such a pandemic. These countries risk a human carnage that would be worse than those caused by decades of dictatorships, imperialism and impoverishment. My students are aware of that, they know this is the reality. This is why, over the last few weeks, they have been warning their families and friends in their countries of origin. “This is not a game, stay at home, wash your hands, sneeze in your elbow”, they repeat over and over again, not caring about the data they’re using up. But it’s difficult to change the mentality of an entire population. Preaching about social distancing is no easy task when you live in a small and cramped space. Expecting the correct behaviours to be followed under poor hygiene conditions can be quite challenging. And so their shouts reverberate, resound and crash against the echo that returns them to the sender. These are my students, unheeded prophets, Doomsayers, or even Cassandras of the 21st century, defenceless witnesses of a pandemic that risks crashing over their continent.