May 7, 2020 - Serena Chiodo
Piazzale Spadolini was an empty space, then it was turned into a parking lot in 2011, when the railway station was renovated. It is now a hub for those travelling on the underground or trains, who leave their cars parked there. The area was isolated even before the Covid-19 emergency, and it is practically invisible now: much like those living there, at least for institutions. Serena Chiodo and Valerio Muscella visited the people who are forced to take shelter around Tiburtina railway station and the volunteers who help them.

“I am not scared of coronavirus. I crossed Libya, the Mediterranean… I am not scared because I have seen many things before it. And anyway, what could I do in my current situation?” Alì B. is 31 years old. He left Cameroon when he was 24 and arrived in Italy in 2014. He has been sleeping in Piazzale Spadolini, behind Tiburtina railway station, since March. “I used to work as a kitchen hand here in Rome, long hours for a few euros. I went to Cassino.” But his humanitarian permit expired in March. “My residence is in Rome, so I came back in February to renew it and I got stuck because of coronavirus. I do not have enough money to pay for a room: I stayed at an emergency shelter during winter, but then it was closed”. Now Alì B. is waiting the reopening of procedures to renew his permit.

Just like him, many people are forced to sleep behind the second train hub in Rome. The space had been empty for long before it was converted in a parking lot in 2011, when the station was restored. It is a passage point for those travelling on the underground or trains, who leave their cars parked there. The area was isolated even before the Covid-19 emergency, and now it is practically invisible. Just like those living there, at least for institutions.

“Right after the first decree on the pandemic emergency, we presented the Municipality of Rome, the Prefecture and the Civil Protection with a petition to ask for accommodations, protective devices, health monitoring”, says Andrea Costa, coordinator at Baobab Experience. The association has been distributing food and clothing at the station since 2016. “We did not get any reply. I wonder, has no one thought about setting something up to allow people to sleep safely?” There might have been a possibility for forty people to be hosted in a gym: a partial response in any case, which vanished due to opposition by the Democratic Party quota in the local council.

In short, institutions have never addressed the situation at all. And during the health emergency their attitude has not changed. “We only saw representatives of the institutions twice: local police and Civil Protection distributed masks and gloves”, explain volunteers from Baobab, who have been assisting migrants for years. “On the occasion of April 25, Italy’s Liberation Day, we raised funds for masks, sanitiser and blankets. And we did well because it rained last week: if we could go to a launderette before coronavirus, we cannot do that now,” says Alice Basiglini, volunteer. She is holding some papers with the story of Liberation Day in different languages: “We want to explain what April 25 means for Italy and which values are at its core, in connection with today, even in places like this one.” 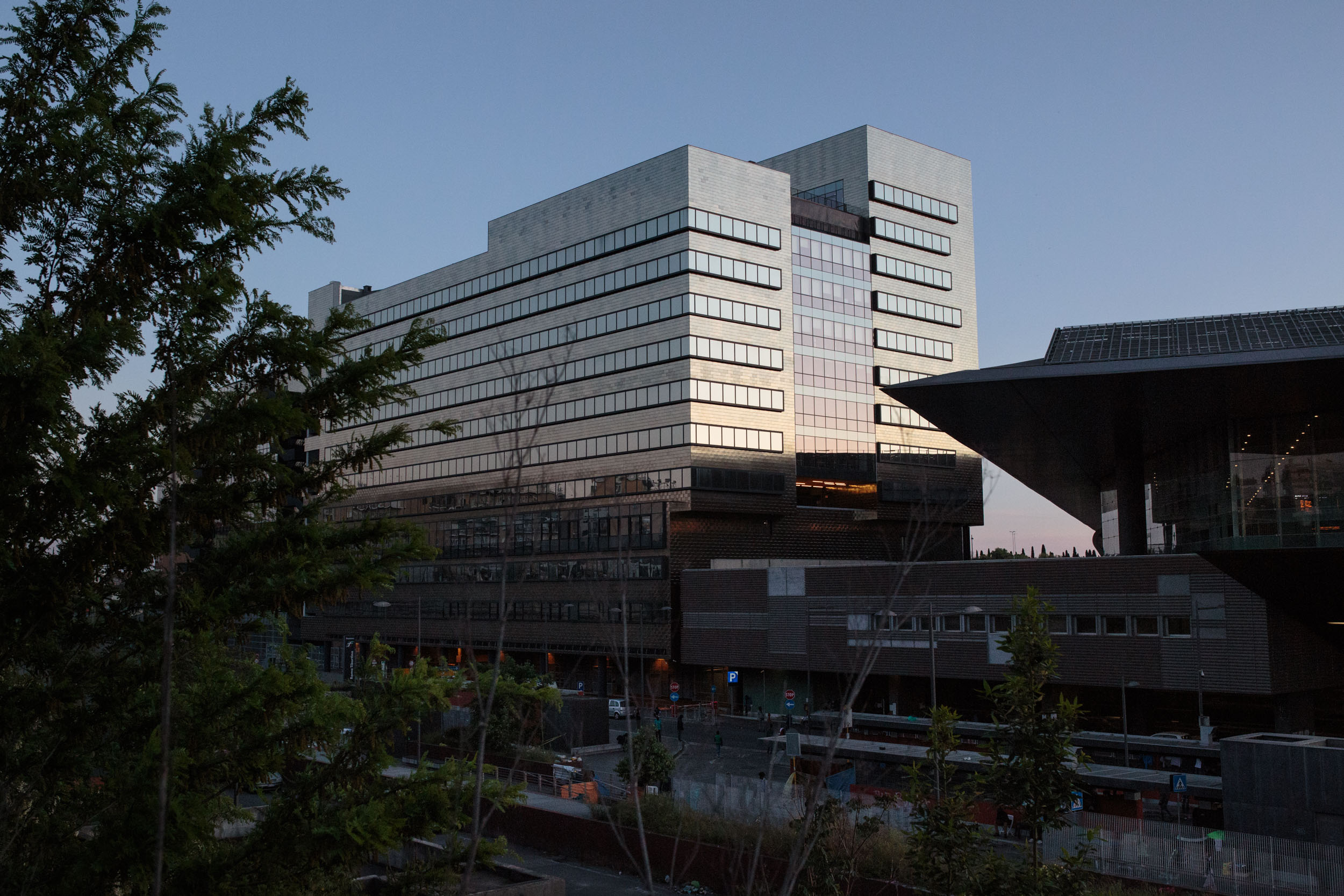 Places like this should not exist, and nobody should be forced to live here. But instead around a hundred people sleep here now, most of them men in their early 30s from Sudan, Mali, Cameroon, Gambia, Eritrea, Afghanistan. Some were able to build a shed with cardboard, garbage bags and bed sheets. The majority sleep under the station’s awning, on mattresses and blankets placed next to one another. There is no toilet available because the space is not designed to host people, so they have to use bottles to wash themselves. Carpets were used to create a prayer area for Ramadan. The mere existence of a place like this and the conditions under which people live here showcase institutional shortcomings and failures.

“This emergency started long before Covid-19. People can wait for a whole year for their residence permit to be renewed or for the Commission to grant asylum,” states Giovanna Cavallo, responsible of legal services for Pensare Migrante, which is helping many of those living in Piazzale Spadolini. She highlights how the Covid-19 emergency is only worsening a situation that was already serious. That is the case for Famakan N., arrived from Mali when he was 20 years old: he is 29 now and he is a farm labourer. He holds a permit for humanitarian protection, and he has been waiting for its renewal since September 26. “My residency is in Rome, so I had to come here to renew my permit. I slept at a winter emergency accommodation. In September, they postponed my appointment by two months. Then they put it off again.” March arrived, and everything stopped because of coronavirus. Unfortunately, not much has changed for Famakan N.: he did not have a place to sleep in September, he does not have one now.

For those who have humanitarian protection like him, “we have been trying to obtain renewals for work purposes. In fact, after the Salvini decree, their status is no longer recognised,” Yasmine Accardo, from Pensare Migrante, explains. This solution would save many from becoming illegal and, as a consequence, even more vulnerable.

“Red tape is freezing the physical and juridical status of these people, and those who promote inclusive policies should take responsibility for that” Cavallo says.

Despite being in Italy for many years, many people did not manage to integrate into the country’s socio-economic system. The bigger responsibilities are to be found in a reception system that mostly focuses on big structures, with tenders won by the lowest prices, no tools for personal independence and no attention to self-determination. These conditions lead people to move from one shelter to the next before exiting the reception system for expiration of terms, only to find themselves back to the start. The only difference is one document, which changes very little in day-to-day life. “There are no jobs, I have been searching for years,” says Malik, 30, from Sierra Leone. People sleeping here had temporary, underpaid jobs, with no contract. With the Covid-19 emergency, they lost those as well.” 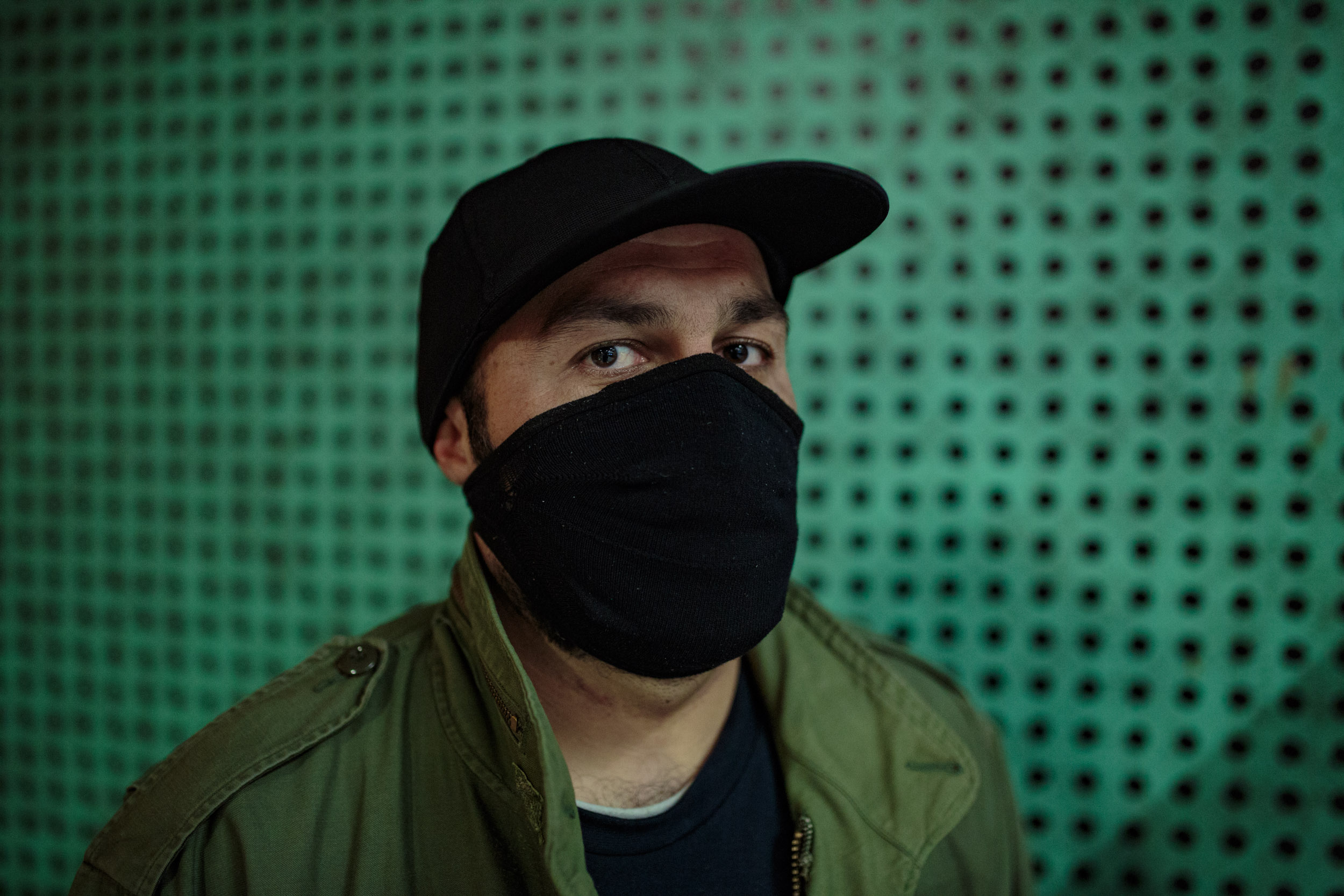 Khan, 32, political refugee from Afghanistan. He lives in Belgium and came back to Rome to renew his documents. Because of the pandemic, he got stuck in Piazzale Spadolini. Photo by Valerio Muscella.

“One arrives here with so many dreams, only to end up here” says Reza, 33, who has been in Europe for twelve years and experienced first-hand the lack of a common asylum system. “I left my country in 2008; I travelled for four months before I could reach Ancona. Then I was transferred to Agrigento. I applied for protection, but my request was rejected. I could not find a job, I was alone. I went to Sweden, Norway and France, where I worked without a contract. Because of the Dublin Regulation, I could only ask for regularisation in Italy, so I was sent back here, and they finally accepted my application.” Now he has subsidiary protection. “I would love some peace, I have been moving from one city to the next for years, working without a contract… and time flies, it has been thirteen years since I last saw my mother. I am tired. It is not easy to find a home or a personal path in these conditions.” After so many years, Reza now lives in Piazzale Spadolini. “I know that there are places where you can find help in Rome. I was at the Caritas hostel, then in an emergency shelter during winter.” When it closed down, some people from his same country told him about Piazzale Spadolini. “I got to the railway station, but I had no idea where to go next. I asked to security guards where the homeless were, and they gave me directions.”

The situation of the people sleeping in Piazzale Spadolini is common to many immigrants and refugees. “This problem is part of a wider issue; there are dozens of illegal settlements only here in Rome, especially around the main railway stations of Termini and Ostiense” says Alberto Barbieri, coordinator of the humanitarian organization Medici per i Diritti Umani, which manages a mobile clinic at Tiburtina. “Around 60% of the homeless people in Italy are foreigners, and many of them have international protection.” This figure confirms the complete absence of programs to support these people’s self-sufficiency, and it does not even take into account those who found some sort of precarious accommodation. “For example, if we talk about squatting, the percentage of foreigners is as high as 90%, and at least 80% of them are refugees.”

People who in theory should be granted protection and rights, like the right to health, but face many obstacles in practice: the lack of an officially valid residence, linguistic barriers with no instruction whatsoever to overcome them, discriminations. “Our goal is to try and bridge these gaps,” explains the coordinator of MEDU, which assists two thousand homeless people in the Italian capital. “Eight thousand homeless live in Rome. During the health emergency, only associations have been actively monitoring their conditions.”

As Barbieri highlights, the pandemic magnifies all existing issues, and the inaction of institutions is no exception. “We lack a coordinated national plan for the homeless and the people with precarious accommodations. One of the reasons behind it is the regionalised structure of the Italian public health service: the strong inequalities we are currently witnessing reveal all its limits.” Piedmont is the only Italian region that adopted specific guidelines for the situation of the homeless, and only Emilia-Romagna allocated a special fund. Region Lazio is working with associations to find a structure where homeless people with Covid-19 symptoms could be isolated and treated. “We hope that this facility opens its doors as soon as possible.”

Besides a coordinated plan, Barbieri underlines the need for a national fund to supplement regional resources: “This is a public health issue that concerns all the population. Over two months have passed: the entire country is running late.”

Cover: A boy walking in Piazzale Spadolini at night. Photo by Valerio Muscella