June 26, 2017 - Angelo Boccato
After the general elections have resulted once again in a “hung parliament”, like in 2010, what can we expect from asylum policies in the UK? Angelo Boccato has been looking into data and talking to organizations and refugees.

The ‘hung Parliament’ situation in the UK cost the Tories 30 seats, and it also denied PM Theresa May the landslide majority she expected in order to lead UK-EU Brexit negotiations towards the “Hard Brexit” formula she launched at Lancaster House back in January.

While the fate of May’s leadership is uncertain and new general elections this year seem likely, the recent electoral campaign lacked the strong focus on migrants, refugees, and asylum seekers in the UK that had characterised the EU membership campaign in 2016. Has anything changed in the UK’s approach towards refugees and asylum-seekers over the last year? And what is the current UK government’s policy on this front?

Refugees and asylum seekers: one year after Brexit

“I think that the approach towards refugees and asylum seekers had always been quite poor pre-Brexit, so I do not think that, in a way, much has changed,” Fizza Qureshi, the director of Migrant Rights Network, tells Open Migration. “There have always been concerns from the migrants and refugee sectors around the way that they are treated and the kind of the policies that have been in place, which are now more restrictive. For example, there have been more difficulties in getting asylum status in the first place. If they do not manage that, asylum seekers have to appeal, but they do not always have access to appeal rights. There has also been a reduction in legal aid. In a broader sense than that, since Brexit, there has been a general refocus on immigration as it had very much to do with ‘taking back control’ and also taking back control of the borders. The discussion has also been very much around the net migration targets, in terms of how to keep the net down into the tens of thousands, while even at the moment it is over 200,000.” As Alan Travis of the Guardian reported, net migration stands at 273,000; the idea of a cut below 100,000 has not been met in six years and is both unrealistic and potentially troubling for the British economy.

While the Lib-Dems and Green Party manifestos were welcomed for their reintroduction of the Dubs Scheme for refugee children and the closure of detention centres – something that the Scottish National Party also worked on – others raised concerns, especially “with the Tory Manifesto,” says Qureshi. “[It] highlighted that they wanted to redefine the definition of refugees and asylum seekers through the UNHCR Refugee Convention. It is going to be almost impossible to to do this because these are internationally recognised definitions, but you could seek to interpret it in different ways within the UK, which the Home Office already does to some degree.”

When it comes to the public view of refugee and asylum seekers in the country, a key role is played by the media. Extremely popular UK tabloids are widely known for their anti-migrant and refugee headlines and language. On this front, Qureshi adds: “The concern with the media is that they do not always realise the impact of what they write. Someone writing about refugees or asylum seekers in terms of cockroaches and swarms may result in attacks like the one on the young boy in Croydon. They do not recognise their responsibility in terms of their language and, historically, we have had that in the UK in the way some of the tabloids talked about black and Asian people.” 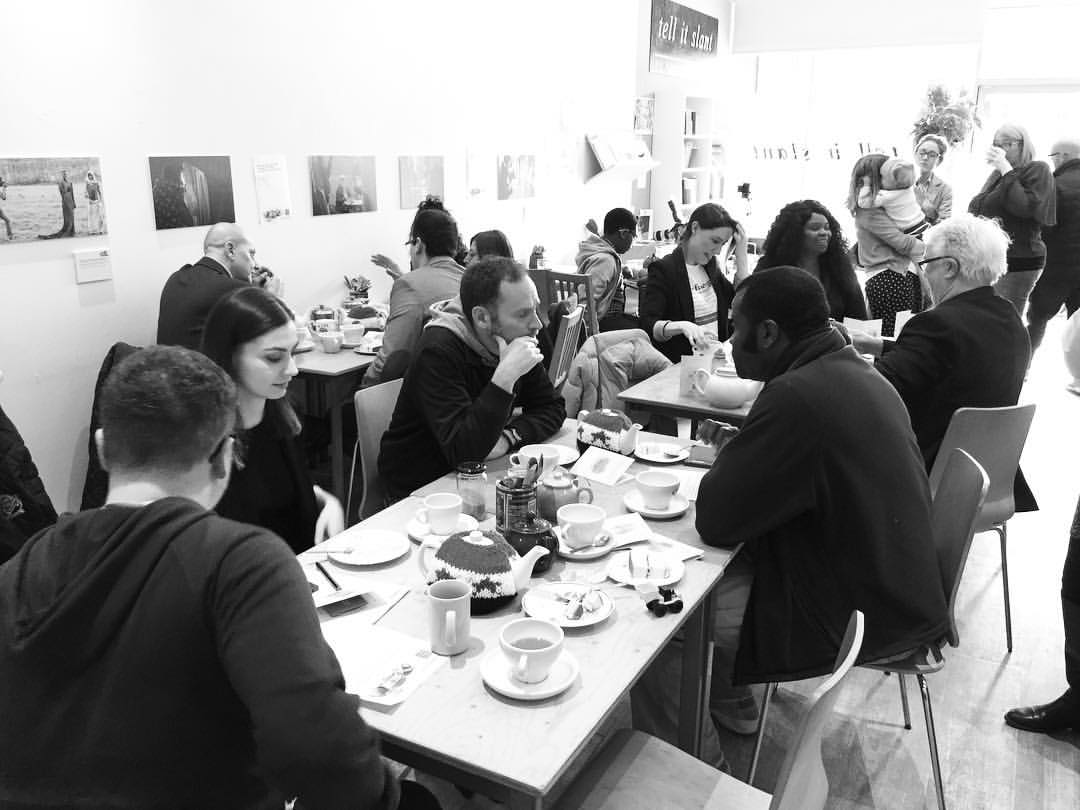 The Refugee Council’s ‘Tea with a Refugee’ event at ‘The Project Cafe’ in Glasgow. (Photo: TheTech Dave, CC BY 2.0)

One of the organisations focused on migrants in the UK, Migrant Voice, was formed with the specific aim of giving migrants a voice in the debate. Nazek Ramadan, the director, tells us about the organisation’s aim and achievements: “As a fairly young organisation, which is seven years old, we focus on the other media and we have built a very good relationship with many of them – with the TV, newspapers, and radio. As a result of this relationship that we have built over the years, when many journalists write about migration now they will ask us for our views and to provide a spokesperson. We were the first organisation set up specifically to get people voices in the media. After that, we started to see other organisations – like Detention for Action starting to get the voices of people in detention, Women for Refugees Women getting the voice of women – you start to see more and more projects…”

When it comes to the conservative government’s policies on these issues over the last few years, Ramadan adds: “The obsession with the cap on net migration has led them into developing a number of draconian policies, as the focus has been on reducing their number rather than talking about people, and it has also presented migrants as a problem.”

While the scenario is changing in part of the public’s eyes, what are the numbers? And which challenges do refugees and asylum seekers face when they actually reach the country?

Refugees and asylum seekers in the UK: the numbers

According to the National Statistics of the Home Office published on August 25, 2016, those applying for asylum in the UK increased by 41 per cent, rising to 36,465 in the year ending June 2016, with the highest number of applications since the year ending June 2004 (39,746). The five main groups of nationals applying came from Iran, Iraq, Pakistan, Eritrea, Somalia, and Syria and most of the applications were from people already in the country (90 per cent) rather than those just arriving.

There were 1,936 grants of asylum, with an 87 per cent grant rate for Syrian applicants; however, some of those Syrians whose applications were not granted were transferred from the UK to a third EU country (not the country of arrival) to have their case assessed, and 2,682 people (including dependants i.e. family members who depend on asylum seekers for their financial support) were granted humanitarian protection under the Syrian Vulnerable Persons Resettlement Scheme (VPRS). Nevertheless, the London Evening Standard revealed in April 2016 that London had ended up resettling only 43 Syrian refugees as part of the VPRS scheme.

As the Refugee Council reports, the truth about asylum in the UK is harsh with the courts overturning Home Office decisions in 41 per cent of asylum appeals in 2016, particular issues with women’s claims, and 13,230 asylum seekers locked up in detention centres, including 71 children.

What, then, is the path of those who are seeking asylum in the UK once they manage to reach the country?

Kamal reached London in September 2016. He was assisted in his case by the charity Migrant Help, which was established in 1963. The way he describes what happened shortly after his arrival in the country is quite telling: “I arrived legally in transit at Heathrow Airport, providing my passport. I had a Schengen Visa. I was detained for the first day. They were trying to deport me to Germany according to Dublin Regulations. The immigration officers did not know that I was an asylum seeker and they were asking me and I had to explain them. That is what happened when I was in detention, plus being ignored, put in a place where the staff members are so racist and even the detainees are so homophobic. Basically it was a horrible experience. I resisted deportation as I did not want to go, they took me back and the staff were very horrible and racist and tried to deport me and the next day they gave me a ticket to go to Liverpool.” 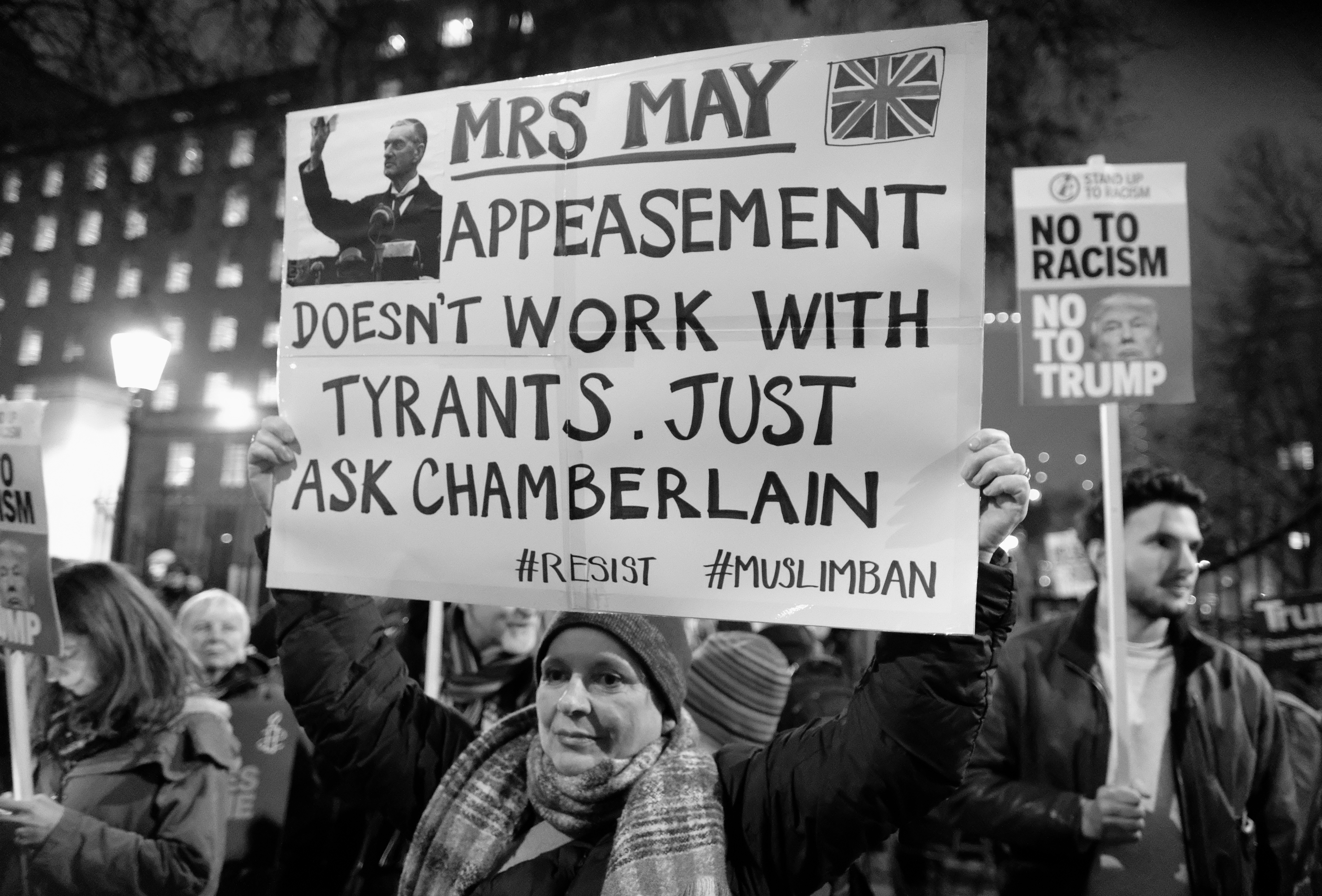 “I have a good geographic knowledge,” Kamal says, “I know where Liverpool is on the map, I can speak English and ask for directions or check my phone with wi-fi from the nearest place, but you must think about the fact that most of the asylum-seekers or refugees who are being detained do not have language skills, smartphones or Internet.”

After arriving in Liverpool at midnight, the reception providers did not know anything about Kamal and had no room for him; after he provided his papers, he was sent to a hotel in Manchester where he stayed for three nights, experiencing the very strict policy of hotels when it comes to asylum seekers’ reception. After that he was transferred to Manchester and then to London, even if his destination was supposed to be Glasgow where he would have needed to find a new lawyer. “That is what I have been experiencing since I have been in the UK – the racism, the discrimination, the homophobia,” he says.

Kamal’s odyssey continued through a series of legal appeals, communication problems between the charity assisting him and the Home Office, the filing of constant reports, and the risk of seeing his financial support cut, as well as issues he had in seeing a doctor and a psychologist after being detained.

Kamal has this to say about the asylum system in the UK: “I have left my country because of my sexuality, and coming from my background, being placed with asylum seekers that might be homophobic…this should not happen, as it should be choice-based on the people that you want to be with. I do not wish anybody go through this. From my own perspective, the UK is not a safe country whatsoever.”

Cover photo: At the 2011 Umbrella Parade in London (by Astrid Busser Casas and Ivan Ballester Molina, CC BY 2.0)