Homepage >> Op-ed >> Bauman: “Walls against migrants are a victory of terrorism” 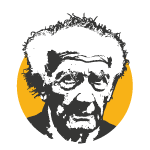 Zygmunt Bauman
Zygmunt Bauman, born in Poland in 1925, is one of the most important sociologists of our time.

“To win their war, fundamentalist terrorists can safely count on the collaboration of their shortsighted enemies”. Suspension of the basic rules of democracy, resentment towards foreigners, the vicious circle between political propaganda and xenophobia, nation-states unable to face a significant phenomenon as migrations. The refugee crisis, before and after the attacks in Paris, is the “litmus test” of a global crisis of the West, explains the great sociologist Zygmunt Bauman in this interview with Open Migration. An emergency that will last long and to which Europe has yet to find the proper arguments to answer.

Why do you criticize the way political Europe reacted to the attacks of 13 November?

If the proclaimed strategic goal of the war declared by the global terrorists, as president Hollande proclaimed with the consent of many Europeans, is the destruction of whatever they condemn – while we cherish – as the “Western Civilization”, they could have hardly chosen a better tactic than provoking some of the the leading spokesmen for that civilization to gradually dismantle it with their own hands, and to the applause, keen participation, or at least indifference of its citizens.
Multiplying the ostensibly “exceptional” measures and pushing aside one by one the values which they pretend to be defending, and in whose name those measures are meant to be introduced, blazes the trail to the fulfillment of the “anti-West” forces’ aim. An aim which they wouldn’t be able to attain on their own and without mobilizing resources as huge as those invested by their targets, the Western powers, in their new (to paraphrase Dwight Eisenhower’s memorable definition of the USA of the cold-war era) shape of “security-industrial complex”. As things stand now and as they seem to be developing, the terrorism-addicted fundamentalists may invest their hopes of victory in the avid, even if criminally myopic, cooperation of their appointed enemies.

You say “cooperation” with enemies. What is the error that you ascribe to Francois Hollande and to the West at the moment?

Beefing up the grassroots xenophobia and focusing it on migrants from Islamic countries play in the hands of the fundamentalist terrorists: the hostile reception, to which the current refugees are treated, discourages those eager to follow them from trying to escape their rulers’ vengeance and punishment, as well as widening the recruiting pool for terrorists’ cells and extending it to the long settled in France migrants, from Maghreb, Levant and their French-born descendants.
His competitors, Nicolas Sarkozy and above all Marine Le Pen, all but have forced him already into reversing the sacred principle of civilized law by assuming that the refugees of Muslim faith are guilty of carrying terrorist intentions until they prove their innocence, therefore effectively preventing them from feeling welcomed in the country they dreamed of making their new home, replacing the home they were stripped of by the countries of departure. He should know better, there’s always a bigger demagogue around.

900,000 arrivals in Europe in 2015 and more than 4,000 deaths in the crossings of migrants and refugees through the Mediterranean Sea. Are we facing an emergency situation or a structural phenomenon that will last in the years ahead?

A fatal coincidence of both. Mass migrations, though changing its directions, accompanied the modern era from its very beginning; “modern way of life” includes the production of “redundant people”. They’re locally “useless”, excessive and unemployable, due to the economic progress, or locally intolerable, rejected in the effect of unrest, conflicts and strife caused by social and political transformations, and subsequent power struggles.

So they are a structural phenomenon.

On the top of it, however, we bear currently the consequences of the profound, and seemingly prospectless destabilization of the Middle-Eastern area by miscalculated, foolishly myopic and admittedly abortive policies and military ventures of Western powers.

This year politicians expressed the need to distinguish sharply between economic migrants and refugees. Can we draw a line without discrimination?

As I told you before, the causes of the present mass movements at the points of departure are twofold; but so is their impact at the point of arrival and the reactions of the receiving countries. Business interests in the “developed” parts of the globe in which both the economic migrants and the refugees seek shelter covet and welcome the influx of cheap labour and profit-promising skills.
For the bulk of the population, already haunted by the existential frailty and precariousness of their social standing and prospects, that influx signals however yet more competition on the labour market, deeper uncertainty and falling chances of improvement: a politically explosive state of mind, with politicians veering awkwardly between incompatible desires to gratify their capital-holding masters and placate the fears of their electors.

What are the political effects of the arrival of tens of thousands of migrants and refugees in European countries?

Political profit is currently derived from popular xenophobia – all over Europe with the sole exception of Spain, Portugal and Finland, all three countries safely off the immigration tide’s main route. In the traditionally left-wing Vienna, opinion quiz place the violently xenophobic Freedom Party at the same approval level of the Social Democrats. In the Netherlands, playing the xenophobic tune earned Geert Wilders’ party ten more parliamentary seats at the expense of Mark Rutte’s ruling liberals.
In Germany it pulled the Eurosceptic Alternative for Germany movement out of its political invisibility. In Italy it tripled the quiz in favour of Matteo Salvini’s Lega Nord, in reward for his sweeping under the carpet his autonomic ambitions for Lombardy and focusing solely on barring the entry to immigrants, whereas in Great Britain it offered a second lease of life to Nigel Farage’s UKIP after its last year electoral debacle.

How can Europe be threatened by xenophobic parties?

For the time being, the “public discussion” is dominated by the resentment of “foreigners”, “the usual suspects” in times of acute uncertainty and fears of a social earthquake approaching. And, as suggested elsewhere, foreigners are nowadays suspected (even if by association) of the havoc played on our lives by no longer controlled global forces.

How do you assess the wavering choices of several European leaders to address the refugees crisis?

As I keep repeating, the governments still presumed “territorially sovereigns” are in fact suffering under a “double bind” of global powers and their electors, incurably local, equally counter-factually deemed sovereign. No wonder they are, as you suggest, “wavering”. Eagerly but vainly, they try to have a foot in both camps: demands of the two camps cannot be reconciled, they can only be attended to and served intermittently – hardly ever to full, unreserved satisfaction of either of the two, let alone both of them simultaneously.

Where should we look for the causes of this crisis that you define “structural”?

We are perhaps light-years away from fulfilling the Kant’s dream of Allgemeine Bürgertum of humans. We are still living in the shade cast by 1648 Westphalia settlement proclaiming the principle of territorial sovereignty. Those historical departures did a splendid job in the service of independence of nation-states, but are singularly unfit to tackle the issues arising from already accomplished global interdependence of humanity. With globalization of power leaving behind local (because confined to nation-state borders) politics, the available instruments of effective collective actions do not match the grandiosity of problems generated by our globalized condition. Or, to quote the late Ulrich Beck, we are already cast in a cosmopolitan situation, while sorely missing cosmopolitic awareness.
And I would add: having failed thereby to earnestly set the imperative and un-postponeable task of building institutions meant to, and capable of, laying foundations for such awareness.