Homepage >> Op-ed >> Germany’s “conflicted middle”: in order to reach them, we must understand them

Padraic Quirk
Padraic is Deputy Director at the Social Change Initiative. He has over 20 years’ experience in researching, supporting and advocating for social change in Northern Ireland and internationally. He has worked inside government, in academia, as a public policy consultant and in philanthropy. His work has focused on some of the most contentious issues associated with societies emerging from conflict – tackling inequalities through public policy making, ensuring the participation of communities most affected by conflict in the development of public policy and protecting the human rights of the most disadvantaged. He has published comparative research on peace building in Northern Ireland, South Africa and Israel/Palestine.

October 19, 2017 - Padraic Quirk
A research by Social Change Initiative and Purpose Europe analyzing inclinations and worries about immigration in different sectors of public opinion in Germany.

The recent electoral success of the AfD in Germany reflects a growing trend towards the twin dangers of nativism and nationalism.

The danger for Merkel in the future will be to see if she can stem the flow towards the AfD amongst the “middle ground” of German society that is deeply conflicted over immigration, Islam, and “otherness”.  The Social Change Initiative (SCI) recently partnered with Purpose Europe to commission Ipsos MORI to conduct segmented opinion polling in Germany to get a better sense of what various segments of the public think, why they think it and what messages address their concerns. The segmentation approach works by drawing on representative sampling of 2000 people which provides insights for influencing public opinion.

This latter group, sometimes referred to as the “conflicted” or “anxious middle” was shown to represent 61 per cent of German society. A battle for the hearts and minds of this “middle Germany” is beginning and in order to reach them, we must understand them.

Who is Germany’s conflicted middle?

First, the middle can be divided into three distinct groupings – the survey calls them “economic pragmatists”, “humanitarian sceptics” and “moderate opponents”.

Whilst each group hold significantly different views and voiced a spectrum of concerns, they are, importantly, more open to persuasion and less emotionally driven than the two groups at the opposite ends of the spectrum : “liberal cosmopolitans” and “radical opponents”. 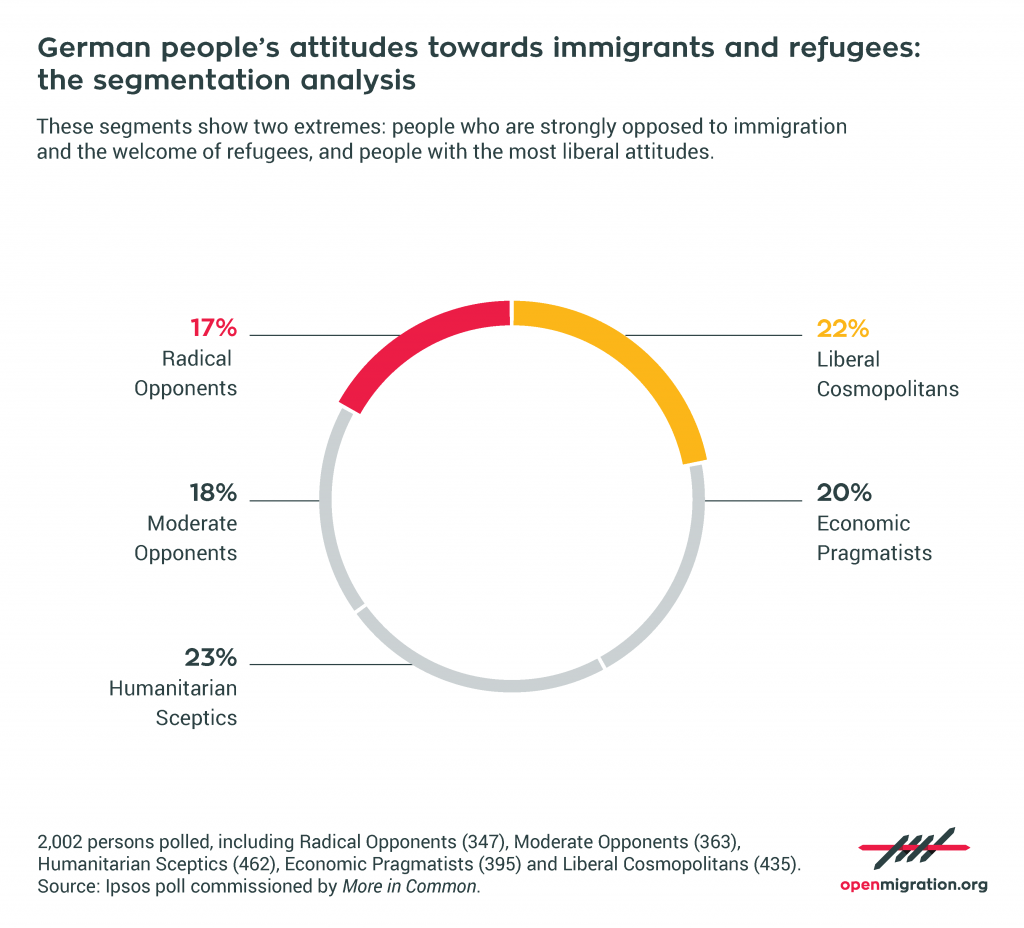 The following are portraits of the three segments that make up “the anxious middle”:

For context, it is useful to understand the 39 per cent of the population at the opposite end of the spectrum. These two groups are staunch in their beliefs and unlikely to be moved. Interestingly, most messages and stories about immigration are built around their views. 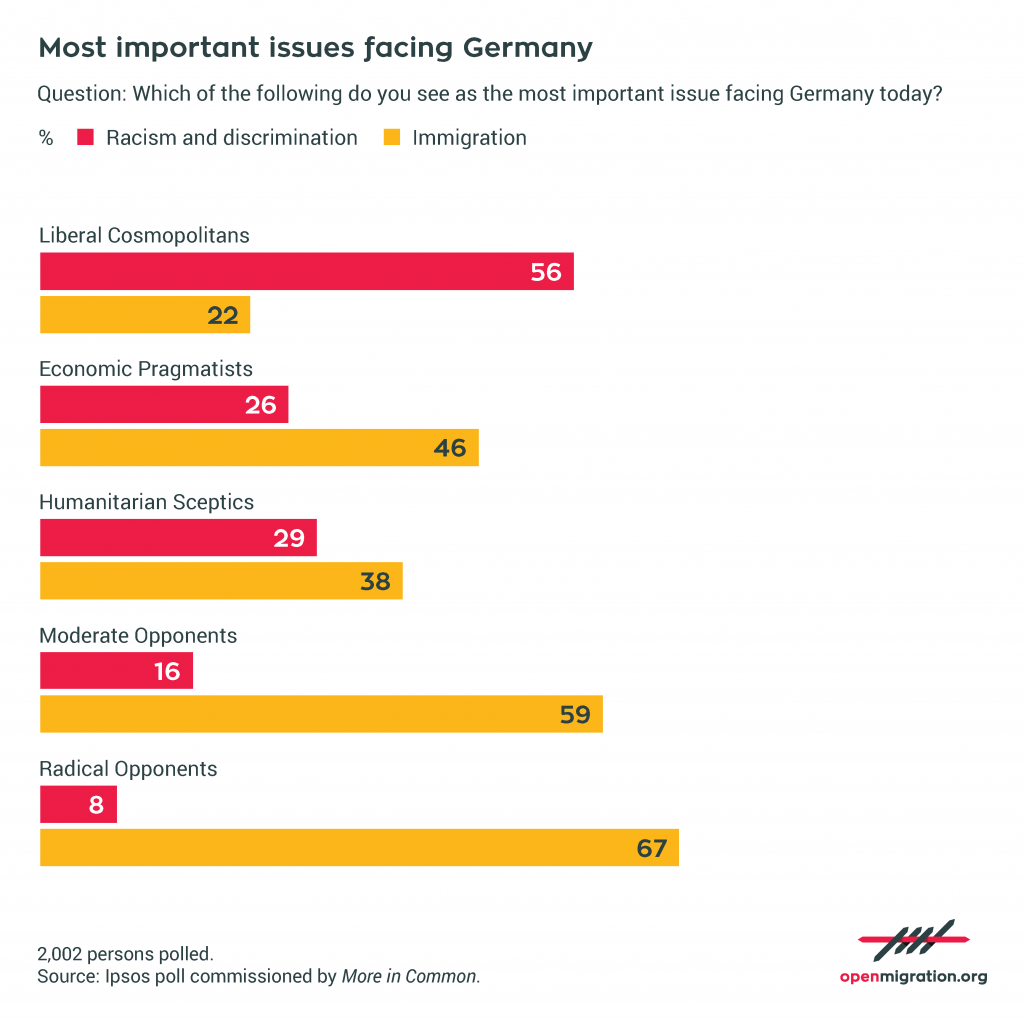 So, how do we talk to the anxious middle?

One general but core principle emerging is that those in the “moveable middle” need reassurance that the government is in control of immigration and is effectively working to integrate refugees. Their greatest concerns relate to security and integration.

The research also illuminates the best way to approach each group:

The full report (English/German) delves into the nuance of views held by the different groups and the multifaceted ways to approach and deliver messages to them.

Gathering this data and analysis is intended to inform efforts to build more effective communications by public voices, whether they are in government, business or in civil society and ultimately, to counter the appeal of authoritarian populism. The segmented nature of the findings highlights a pressing need to develop more effective strategies, messages and approaches that talk to the ‘anxious middle’.

To that end SCI is bringing civil society groups together to use the data in support of their policy, communications and advocacy efforts.

We are supporting International Centre for Policy Advocacy to launch a capacity development programme, ‘Narrative Change Lab’ to help civil society actors to connect more effectively with the anxious middle..

Similar research has been completed in France and is underway in the Netherlands, Italy and Greece.

Cover image: demonstration in Hamburg – via Rasande Tyskar (CC BY-NC 2.0).
Disclaimer: the Italian Coalition for Civil Liberties and Rights is partner of The Social Change Initiative and Purpose in the similar research currently underway in Italy.