Margie Cheesman
Margie Cheesman is Production Assistant for The Observer, and a researcher at the Centre for Research on Socio-Cultural Change (CReSC), which is a joint initiative between The University of Manchester and The Open University.

September 8, 2016 - Margie Cheesman
How digital identity could – and should – be implemented in the age of global migration? A reflection on the new geography of human rights by Margie Cheesman.

In June 2016, I attended the first United Nations summit on digitizing legal identity, “ID2020”. Held in New York, with representatives of governments, NGOs and tech companies, ID2020 debated how to realize one part of the UN’s Sustainable Development Goal (SDG) 16.9: to provide legal identity for everyone in the world, including birth registration, by 2030. This topic was especially fascinating to me: it will be of acute importance to migrants and others whose identity claims can be contested.

UN SDG 16.9 calls for ‘peaceful, inclusive societies for sustainable development and access to justice for all’. But it might not obviously be in the interests of all people, especially vulnerable groups, to possess a digital identity. Many irregular migrants are forced to cross borders outside of the law, going to great lengths (physically and digitally) to avoid surveillance and persecution by government forces and/or non-state groups they are trying to escape. Many refugees would certainly be wary and untrusting of digitised identification, and reluctant to accept it.

However, digital legal identity is potentially more useful for refugees and migrants than we might think.

Legal identity is something we take for granted as citizens in the so-called First World; we regard it as a right. But it is a human right that 1.5 billion people – that’s one fifth of the world – do not enjoy. It confirms your physical presence in the world, proving you are who you say you are. Without it, you are vulnerable to exploitation and abuse, trafficking, forced marriage and slavery. You have no secure access to services, be those legal, medical, educational or economic. You are marginalised, disposable, and technically invisible.

Digital legal identity could be an incredibly valuable tool for development. In the age of migration, digital identification data could play a crucial role in tracking and treating disease. Birth and civil registration is a crucial governmental tool for population planning and for the control of global mass migration. The financial sector would benefit too: the proliferation of legal identity would draw in more economic actors and reduce black market exchange. Giving women official identity would empower them with financial independence. It would enable refugees generally to build a reputation, become “bankable”. More than 60% of refugees are young adults, and educational documentation is crucial to them. Digital identity would help many prove their educational capacities and verify it with institutions.

Currently, legal identity is evidenced by government-issued paper documentation – passports, ID cards, physical confirmations of citizenship or other legal status (e.g. asylum seeker). The global dependence on flimsy physical identification methods puts many at risk. If documents are lost, you cannot prove who you are. Destroying the papers of their client-victims is common practice in the multi-million dollar industry of human trafficking. Many individuals exploit the possibilities of faking or destroying their own identity too. Migrants who are eligible to regularise their status encounter huge difficulties associated with bureaucracy, poor infrastructure, cost and corruption.

For these reasons, the UNHCR is already collecting biometrics. Their programmes have introduced iris scanning in refugee camps, especially for the identity-less groups most at risk of exploitation, such as unaccompanied children. This puts individuals on the map, giving them a core biological identity, a proof of existence, of which they cannot be stripped. Medical history and other helpful data can be shared; reconnecting refugees with friends and family is easier.

It seems digitising identity is the future. Yet throughout history identity has been weaponised. How will a dystopian, Orwellian, Minority-Report-type future be avoided? How can we avoid stitching things up for vulnerable people on the move? 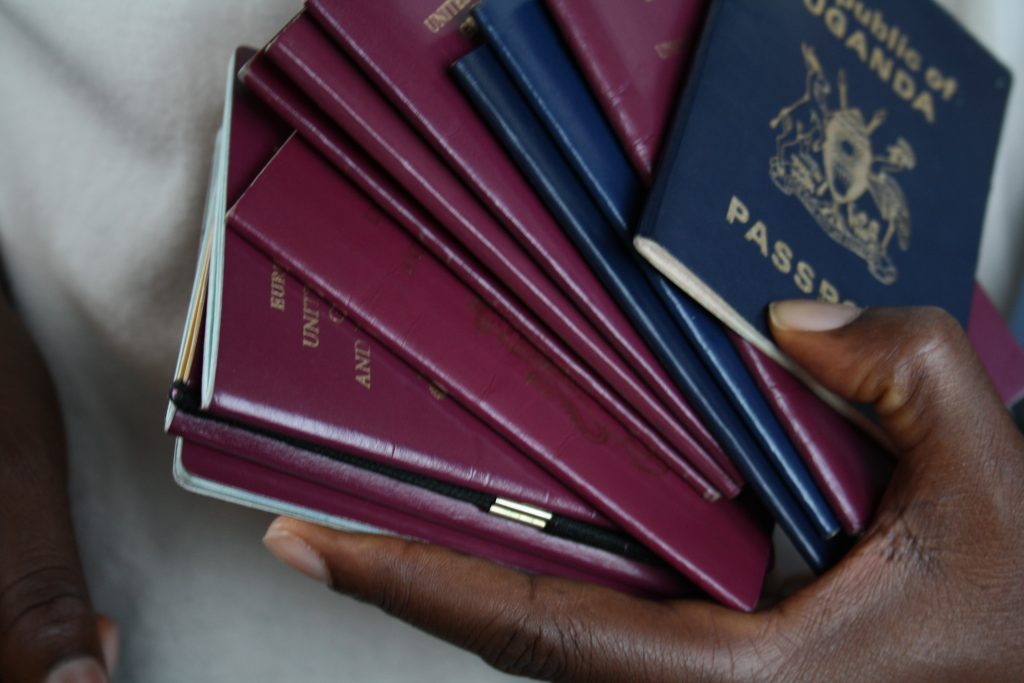 How digital identity could – and should – be implemented in the age of global migration.

The most important ethical concern with digital identity is the security of private data. This must be unequivocally protected and future-proofed: the scope for the abuse of personal information is huge. Addressing this, technologists at ID2020 such as Internet cryptography pioneer Christopher Allen and core bitcoin developer Jeff Garzik propounded the idea of self-sovereign identity. This concept is governed by the principle that identity should be in the hands of the people. Everyone should have an identity that they own, and that nobody can take away from them. Governments can recognise – not own – the self-sovereign identity you already have. You can prove who you are and what you own with biomarkers. Medical, financial, social and other data can be stored privately, shared securely and autonomously by the individual, not used out of context without consent as is alarmingly the current norm.

A vital element of self-sovereign digital identity is the principle of minimisation. This means avoiding the over-collection of data by setting up levels of assurance, i.e. starting off with the most basic form of identification (DNA), then stepping up as minimally as possible. It has proven to be difficult to gain the trust of vulnerable communities such as migrants in order to roll out this process. The idea is that trust would come from identity being done by and with them, not to them. Security can rest in the technology – with the use of blockchain technology. This is the tech that enables unhackable, interoperable systems and underlies the bitcoin. But privacy requires a dialogue with individuals and their trust in some kind of neutral third party organisation. Indeed, how will this all actually be run, if not by governments? Who will set the standards and govern the systems? What is clear is that the system itself would need to be de-identified – no brands like Microsoft or Facebook. But then, that implies a system the likes of which the world has never seen.

The technology needs to be sustainable, and to reach everyone – even the illiterate rural old lady fleeing conflict in Syria. For digital identity to work on a global scale, the package it comes in must be sufficiently compelling, simple and comprehensible for all, including non-technical people. Everyone must be empowered to participate in the self-sovereign digital identity landscape, which must be user-centred in its design and implementation. The global systems would have to operate by consistent standards and managed in a unified, streamlined way, and be portable for people on the move. They must also be designed to adapt to technological changes over time.

Right now, this all seems a very tall order, neither practicable nor indeed desirable. As Jaz of World Wide Tribe pointed out at ID2020, refugees are afraid: most would rather camp in the mud than enter biometric tents, let alone subscribe to a interoperating global digital system which might allow authorities to track and analyse their movements. What’s also worrying is that this all might be propounding techno-colonialism. An anthropological approach needs to be taken, and that means extremely difficult conversations all over the world.

However, the benefits of digitising identity could be a huge step towards positive, sustainable global development. A safe, well-managed, unified system could speed up the asylum-seeking process that in many countries puts people in a state of limbo for too long. This system would make reunification easier for displaced families. It could make for a humanised Internet and encourage the fluidity of global citizenship. Tracking migration would help the UN develop sophisticated planning of populations and services, which the world direly needs. Local crisis situations could be mapped and monitored by analysing bio-data. So, alarming as the idea might sound to many, it is perhaps promising that a comprehensive, cross-sector, global coalition like ID2020 has begun considering carefully the possibilities and dangers of rolling out self-sovereign legal digital identity.