Homepage >> Op-ed >> Hackathon and refugees: we can do better.

Tin Geber
@tingeber
Tin has a background in media theory, experiential learning, and web development. After working with the International Land Coalition on introducing technology to global land rights accountability projects, Tin found his natural home in The Engine Room in 2014, where he acts as a Design and Technology Lead - managing aspects of creative communication, design, and technology across projects and programs.

September 28, 2016 - Tin Geber
Are hackathons helping the refugee crisis? Is the social change community too techno-solutionist? How about we try to radically change hackathons in a way that’s not sexy but might provide actual results?

There’s no doubt in my mind that the refugee crisis is the single biggest current global issue, and by far the one we’re failing hardest at. Millions of people are forced to leave their homes, mostly because their homes don’t exist anymore.

The other day I was confronted by a well-meaning senior citizen from the United States who was making a simple case of “there’s not enough place for all of them here.” I understand this point of view comes from a certain self-preserving angle, and absorbing refugees is a huge strain on any economy, but it doesn’t matter: this is a life or death situation for millions, and we shouldn’t even be having moral dilemmas when we know (as much as we try to ignore it) that the alternative to opening our doors is more death and suffering.

Luckily, many good people are rallying around the problem and truly trying to find solutions. I spend my days on the rickety bridge between technology and social change, so I’ve been over-exposed to projects that want to leverage technology to help the refugee crisis. This drive seems to stem from two main perceptions:

To be clear, I love and personally share this earnest, naively honest belief that technology is incredibly capable of improving lives. And let’s say I am a database specialist sitting in a neon-lit office in any arbitrarily chosen capital of the “Western World”, spending most of my time making a random corporation better at making money. I would jump at the possibility to use my skills to improve lives. And so many have done just that.

And this is where we, the social change community, fail: the best we have come up with for working with technologists is hackathons.

Hackathons suck. Anyone who spoke to me at any time in the last year or so knows the depths of my disappointment with the hackathon paradigm. Don’t get me wrong: I think hackathons are a great way to build networks, strengthen communities, reinforce beliefs in common goals.
They’re just really bad at actually creating things.

In many instances where hackathons are part of a larger program, the pros outweigh the cons — there are many occasions in which simply having the occasion to rally around a common goal does wonders in the long run. But if we ask technologists to willingly give us their time for a hackathon that will make someone’s life better, we are lying to them.

On average, we have no plans or capacity to take hackathon projects further. We have no infrastructure that would support them. We have no way to make sure their hard hackathon work will actually make a meaningful difference. Honest, hard-working people give us their time and skills, in hope to make a meaningful change, and we fail them. Even worse, hackathons have become a veritable business model for globe-spanning organisations. By spinning the yarn of effectiveness, NGOs receive donations in the millions to do little more than community building with a cause — but without effect. 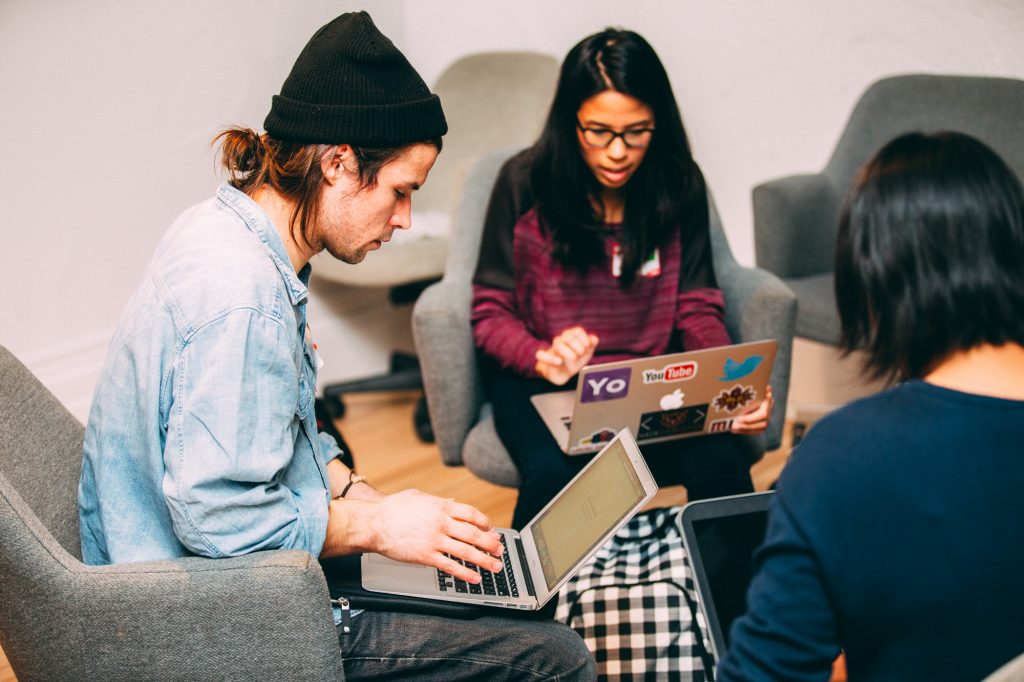 We exploit instead of supporting

Back to the refugee crisis: millions of dollars have been spent on “awareness raising” tech projects, mega events in world capitals that propose to “solve the refugee problem,” international orgs with dozens of chapters, hundreds of hackathons and literally zero projects. There are countless apps, platforms and digital projects aimed at refugees, and so many of them are trying to solve the same problem again and again, in a confoundingly earnest series of attempts to processually fix systemic problems.

(If you’re looking for a blame and shame list, this is the wrong place. I don’t wish to point fingers: I wish for all of us to radically rethink how we leverage each other’s considerable skills.)

The main issue here, the one we don’t want to admit, is that refugees don’t need apps. In my talks to humanitarians, from big international organisations that make sure that each day refugees have a clean bed and a warm shower, to the volunteer community organisers who purchase mobile data access points out of pocket so that people stranded at train stations can WhatsApp their loved ones, there is only one, single, main issue that needs solving with tech: access. 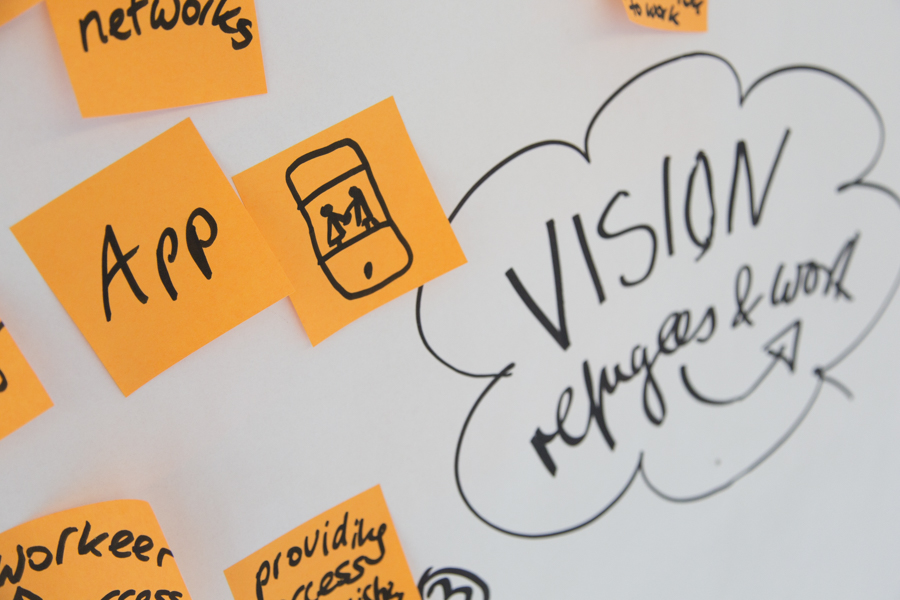 Refugees need access: access to internet, and access to power. By “power” I mean the type that charges your devices, not political power: I have no idea how to change that profoundly embarrassing imbalance.

What we should be doing is making sure they have both in spades. Unfortunately, plumbing isn’t sexy, and it can’t be coded in a location thousands of miles away. It needs money and boots on the ground.

So does this mean hackathons are perfectly useless for the refugee crisis? Yes, as they are now. But how about we radically change them? The new process might not be as sexy or instantly gratifying, but it might provide actual results.
There’s not much we can do about boots on the ground. In fact, I believe it’s always better to use the superpowers you have instead of forcing yourself in something you aren’t comfortable with. We’re left with money then: and that we can do.

In an average hackathon we might get 15-20 highly trained individuals ready and willing to provide their time and skills towards fixing a problem. In a nutshell, that’s what we’re asking people to do: throw design, code and copy at a problem until it’s fixed. So, instead of throwing them into a black hackathon hole of sexy-sounding zombie projects, how about we ask earnest hopefuls to do what they do best — and get paid for it?

Here’s my idea: an event where participants complete actual jobs for companies, and all the earnings go to organisations helping refugees. Do what you’re good at to generate money for real solutions to real problems.

Step 1: Find companies that have a quick-turnaround job to do

A quick skim of freelancing platforms like UpWork shows there’s really no shortage of companies needing technical or creative jobs with a quick turnaround. Design a logo, whip up wireframes for a new section of a website, clean up a backend database, make copy for a food website. We can reach out to a group of organisations that need work done, ask them to price it fairly, and make themselves available during the hackathon to verify and approve the work. The projects should be fairly complex and challenging, and hopefully doable in 8-10 hours.

First of all, the organisations receiving the work need to be able to pay someone – so we need a workathon funding pool that is separate from (or jointly owned by) the organizers and/or participants. Ideally participants would finish a project, the company would approve and pay for it, and the funding pool would grow by that much. Increasing the funding pool is the shared goal of the workathon!

We then choose our recipients wisely. With clear reasons and justifications, and clear and practical plans to invest the money: practical examples, and proven processes of how the money will be spent on providing access to refugees. Adra in Croatia is building USB charger wood panels. Volunteers can create wifi access points – others are building rugged plug and play wifi routers that can be peppered throughout the migrants’ walking routes.

Even better, instead of picking one recipient, the workathon can use the Humble Bundle model and let participants choose from a list of projects they want to give their hard earned $$$. Humble Bundle lets buyers choose how much of what they’re paying for a product will go to different charities. In the workathon, a participant might do the same for the part of the funding pool money they earned.

Provide a comfortable, inclusive environment with plenty of material and technical support. Get a venue. Order food, beverages and snacks.
On the day of, set a tone that builds community around the goal and prepares everyone for the pace ahead.
At the beginning of the workathon, instead of the discovery and brainstorming phases of hackathons where groups decide which projects they will tackle in the given time frame, the organisers share a list of job proposals.. Participants choose the projects they want to work on, either solo or in teams, spend the rest of the time completing as many as they want (or can).
All the hackathon strengths apply here: making stronger networks, working against time for a greater goal, belonging to a community.

The one thing that I heard time and again from hackathon participants was “I really hope there will be follow up”. Hackathons rarely do follow up, it’s antithetical to the whole broken idea of neatly packaging commitment. It’s such a disappointment to realise that you invested your personal time into something you care about deeply, and then see it sort of fuzz away and slowly disappear.

With workathons, the follow up is baked into the process: at the end of the workathon, we don’t have a bunch of half-baked prototypes that need much more time and resources than we can provide to even see if they would be useful: instead, we have a big fat check that will go directly to a charity that all participants are already familiar with, because we introduced them at the beginning. It is a loop that the organisers need to make sure they close, by a) making sure the money has been delivered, b) following up with the charities to hear how the investment went, and c) making sure that participants get that information. It is on the organisers to make sure they do their homework: working with organisations with boots on the ground to understand what they need, and make a clear value proposition to the participants.

As simple as work

And by that I mean not simple at all. There are lots of moving pieces here (presenting the goals strongly, making sure each charity has a concrete ask so participants can choose wisely, organising side-presentations for participants to learn more about the issues, and what orgs on the ground are doing) — and I honestly don’t know them all. I think workathons are a good idea, that might just work. Perhaps I’m just being techno-solutionist again? I’d love to hear what you think. Does it already exist (I honestly hope it does)? If not, will it work? Wanna give it a try?

Drop me a line, on email ([email protected]) or twitter (@tingeber).

This post came together through conversations with people who gave me priceless insight and information: special thanks to Danna Ingleton for polishing the workathon idea, and Ileana Radojević for her experience from the front lines.