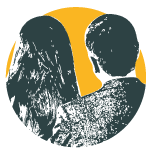 February 8, 2017 - Rebecca Buxton & Theophilus Kwek
By focusing exclusively on the long-term effects of air pollution or ocean acidification, protestors and politicians alike risk freezing the voices – and choices – of today’s climate refugees out of the debate. But climate refugees are already struggling to be heard and we must do our best to listen, now.

Following Donald Trump’s victory in last November’s election, more people are concerned about the planet than ever before. Polls on the eve of his inauguration reveal a clear increase in the number of Americans who believe that their own families – in addition to many in developing countries – will be harmed by the effects of climate change. Equally, scientists around the world have voiced outrage against the President’s repeated denials of global warming as well as new, heavy-handed ‘crackdowns’ on US government science agencies.

While this groundswell of public awareness and activism is encouraging, we risk overlooking the ever-more precarious position of the already-existing climate refugees around the world. Predictions of New York and London being submerged in a matter of decades have long captured headlines. But the current effects of climate change in countries such as Bangladesh, Kiribati, Tuvalu, and the Solomon Islands, where homes and livelihoods have already been lost, hardly feature in the recent outcry. By focusing exclusively on the long-term effects of air pollution or ocean acidification, protestors and politicians alike risk freezing the voices – and choices – of today’s climate refugees out of the debate.

The consequences of Trump’s policies on climate refugees

It’s hard to ignore the adverse impacts that Trump’s policies will have on climate refugees, not least the US’s impending withdrawal from the Paris Agreement. Myron Ebell, climate change denier and leader of the transition team for the Environmental Protection Agency, has said that the President is resolved to undo the commitments to reduce greenhouse gases made by Barack Obama in 2015. He also stated that an executive order to this effect could be rolled out within “days”, and this is worrying for several reasons.

First, other signatories to the Paris Agreement are likely to default on their commitments. Though these states are unlikely to formally retract, the loss of political pressure from the US may allow states to vastly overstep their carbon quotas, and overall effects on the environment will reach far beyond just America’s failed commitment alone. Second, even if Trump’s successor carries out large-scale environmental reform, the carbon footprint generated under this administration may well tip global warming past the point of no return. The Intergovernmental Panel on Climate Change argues that if global average temperatures rise above 2°C, changes to the atmosphere will be abrupt and irreversible, and new policies will have to adapt to, rather than prevent, climate catastrophe.

In combination, these consequences have massive effects for sea-level rise. Six partially eroded islands in the Solomons have already been submerged in the past year, with some UN predictions claiming that 15% of Pacific islands will disappear with under one meter of sea-level rise. Unfortunately, without US leadership, resettlement plans for those displaced from these islands are unlikely to come to fruition.

The broader and deep-seated tendency to deprioritize climate refugees

But at-risk communities have not only been threatened by Trump’s recent policies. The dangers they face are also exacerbated by a more deep-seated tendency among rich donor states and the development community alike to focus on displaced persons in conflict zones, or refugees at their doorsteps. As early as 2008, commentators were referring to climate refugees as ‘the forgotten people’, routinely left out of conversations about refugee issues – especially in the absence of legal recognition, or any long-term resettlement plans by the UNHCR. Despite urgent warnings last year by the Obama administration, lives affected by climate change remain very much a ‘forgotten narrative’. Even those who study the issue tend to spotlight long-term risks for larger countries over current losses faced by small ones, while hotly-contested political campaigns on both sides of the Atlantic have centred on refugees fleeing war and poverty, but not climate change.

This deprioritization of climate refugees in relation to more ‘pressing’ instances of forced migration ignores the unique (and, at present, insuperable) challenges that they face. It also fails to recognise the evidence that the climate is responsible, in part, for the crises that we in the West are more ‘familiar’ with. At the least, as researchers argue – and the UNHCR acknowledges – environmental change frequently ‘makes a bad situation worse’. Many have suggested reasons for the bias, including: climate refugees’ lack of official status, diverging interests in the global North and South, debates over labelling someone a ‘climate refugee’, falling news coverage of climate issues, and the fact that those who presently suffer most are people of colour. Whatever the cause, our reluctance to grapple with the needs and narratives of climate refugees places the political, financial, and technological resources of the international community increasingly out of reach.

The lack of international support has forced small island states to make their own resettlement arrangements, often at the cost of their self-determination and cultural heritage. Kiribati has recently bought small piece of land in Fiji to house its some 100,000 citizens when its own land becomes uninhabitable. The Maldives have a similar plan with the creation of a ‘sovereign wealth fund’ in order to purchase patches of land in Sri Lanka or India; Indonesia has also offered to ‘rent’ some of its 17,000 islands to displaced communities . Other, less conventional solutions are also being explored: French Polynesia has just this week signed a deal with the Seasteading Institute to develop Floating Islands, or ‘self floating environments’. While such solutions may address the problem in the short-term, they pale in comparison to longer-term protections that we usually afford to more ‘conventional’ refugees. In expecting climate refugees to remedy their own displacement, we fail not only to meet our humanitarian obligations, but also to take responsibility for the most hard-hitting effects of climate change.

Different and more equitable solutions are possible for climate refugees only with the support and cooperation of the international community. This is why, in speaking up against Trump’s policies on climate change, we must focus on amplifying the voices of those who are the most affected. Climate refugees are already struggling to be heard. We must do our best to listen.