Homepage >> Op-ed >> Prison radicalisation and the alienation of Muslims 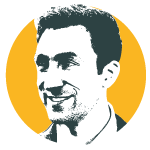 William Dugdale
William Dugdale is a BSc (Hons) Criminology and Master of Research in Social Science graduate. He has three years’ worth of prison service work experience at HMP Bure and HMP Norwich in the UK, were he was responsible for providing rehabilitative support to offenders. He also undertook a research traineeship at Associazione Antigone. William has now begun a PhD at Bournemouth university working on a project titled ‘Reducing reoffending through improved collaborative practice between mental health and correctional service systems: A Norwegian case study’.

April 6, 2017 - William Dugdale
The prevention of radicalisation in prisons specifically focuses on Muslim detainees and often relies on isolation. Here is how this may foster alienation rather than rehabilitation and why we should focus more on promoting integration than isolation.

In recent years there have been heightened security concerns due to terrorist acts. Along with several high profile terror attacks across Europe including Paris, Nice, and Brussels, the December 2016 attack in Berlin reiterated these worries. With multiple countries having raised their terror alerts, there is the sincere threat that these acts of violence will continue to put communities at risk. The terrorist atrocities across Europe have also been predominantly affiliated with extremist Islamic terror groups and suspects who have presented themselves as Muslims. Furthermore, there has been a record number of migrants applying for asylum in Europe, which has raised concerns over the number of extremists taking advantage of the situation.

In 2015 there were an estimated 1.3 million applications instigated by conflicts in Syria, Afghanistan, and Iraq. With the growing number of migrants there has also been a rise in the Muslim population. Data from 2010 found that the European Union had an estimated 13 million Muslim immigrants. France alone had approximately 3 million foreign-born Muslim migrants. Muslims have made up an ever-increasing part of the European population over the years; while they comprised approximately 4% of the population in 1990, this grew to 6% in 2010, and is expected to rise to 8% by 2030. With increasing immigration to Europe, European authorities are not only concerned with further Islamist terror threats but also with the rising level of extremism among citizens and migrants. This could potentially be caused by having isolated Muslim neighbourhoods or ghettos with individuals feeling alienated from society. Nations must combat the risk of further attacks occurring by also looking at these causes.

Terrorists often come from out of prisons

In the wake of the aforementioned terror attacks, intelligence found that several suspects had been in prison prior to undertaking these horrific acts. This has raised questions over the influence their imprisonment had on their radicalisation and the radicalisation of other prisoners. Notably, one of the masterminds behind the Paris terror attacks of November 13th 2015 was a Belgian jihadist who is believed to have been radicalised in prison. Additionally, the perpetrator of the Copenhagen attacks in Denmark on 14th and 15th February 2015 had also been released from prison several weeks beforehand and was reportedly radicalised there. Other individuals involved in committing these atrocities were also found to have spent time in prison. This has highlighted the risks prison poses in failing to address and prevent radicalisation before individuals are released, a situation which, in turn, may lead to extremism. Governments have sought to develop strategies that counter radicalisation in prison, but with a specific focus on the Muslim population. This particular focus is enhanced by the perception that European Muslims are ‘isolated’. Reasons emphasized include a lack of education, high unemployment rates, and the rise of anti-immigration movements.

Greater action is needed to address and prevent radicalisation in prisons

Investigations have outlined that greater action is required within prison to address and prevent radicalisation. As Maarten van de Donk, a senior consultant at the Radicalisation Awareness Network (RAN), declared on countering radicalisation:

“not to be too negative about the future – ‘radicalisation’ is here to stay for the coming years. We still have to be alert to that”.

RAN was set up by the European Commission as an EU-wide umbrella network of practitioners and local actors involved in countering violent radicalisation, including within prisons. Such a statement outlines the contemporary problem of radicalisation and evidence has shown the need for greater action within penitentiary systems. In this context, radicalisation has been seen as part of a broader social integration problem of Muslim communities within Europe. The emphasis on prevention suggests moving away from approaches based purely on security and to instead address those factors related to radicalisation.

Calls at a global and European level have specified that countries establish procedures to prevent and counter radicalisation in prisons. While maintaining international human rights and the rule of law, the United Nations (UN) Plan of Action to Prevent Violent Extremism recommended the introduction of disengagement and rehabilitative prison programmes for individuals who were considered radicalised. Although radicalisation is a complex issue, harsh treatment in detention facilities is said to play a powerful role in the recruitment of individuals to violent extremist and terrorist groups. In Addressing the Global Prison Crisis, the United Nations Office on Drugs and Crime (UNODC) also states that when penitentiary systems are overstretched and poorly managed, prisons run the risk of turning into dangerous “crime schools” and fertile breeding grounds for radicalisation. Prison implementations should therefore prevent the spread of extremist ideologies while respecting human rights, international standards, and norms relating to solitary confinement.

The European Commission issued a press release for stronger EU action to better tackle violent radicalisation that leads to terrorism. In terms of addressing prison radicalisation, Member States are to exchange experience, practices, and policies and thereby develop guidelines on programmes which focus on helping rehabilitation and reintegration. The European Agenda on Security also highlighted the fact that a specific focus was needed in order to prevent radicalisation in prisons, including developing effective disengagement and de-radicalisation programmes. The key point from all of these statements is that a collaborative effort must be made for both short and long term prevention.


Documentation from the UN and the European Commission has evidently called upon countries to respond to and implement change within prisons. This has resulted in amendments being recently introduced across countries. The focus on Islamic representatives and the use of isolation in these plans has since sent a clear message for those considered radicalised in prison, but has created apprehension at the same time.

Although governments have focused on amending prison programmes, they have also specified the importance of radical prisoners being isolated and increasing religious representation in prison. Through released plans or implementations the United Kingdom, Italy, France, Belgium, Denmark, Germany, the Netherlands, and Austria have all outlined the need for de-radicalisation and rehabilitation interventions in prisons. Nevertheless, they still emphasise the relevant use of isolation/segregation of radical or extremist inmates. Justification for such methods is that these individuals can therefore be effectively ‘managed’.

The use of isolation within prisons will cause debate over whether such a method has an impact on the effective rehabilitation of radicalised prisoners, especially as particular focus is upon those of the Islamic faith. This use of isolation poses a key question for prison programmes though and how Muslim detainees may be treated in the future, particularly migrants. Efforts in prison may focus on detecting, deterring, and disrupting radicalisation – but should those prisoners who are considered radical be isolated from other inmates or integrated and freely mixed? Will isolation cause further stigmatisation?

This particular focus on Muslim prisoners is to keep them from assuming leadership positions and implementing forms of proselytisation and radicalisation. At the same time, however, it raises key concerns as to migrants’ rights and issues of discrimination not only within custody but other detention centres.

To prevent any breaching of human rights, countries need to ensure that pre-trial detainees and individuals in detention facilities other than prisons also benefit from counter radicalisation efforts. To this day, those suspected of and detained for terrorist related acts still spend many years awaiting trial in military or immigration detention facilities and can thus potentially reach other vulnerable detainees as similar de-radicalisation programmes or interventions may not be implemented due to policy restraints. Best practices need to be implemented in all facilities in order to lessen those problems different mechanisms such as use of staff, management, and risk assessment might create. De-radicalisation efforts should be in place while preventing migrants from being treated differently and becoming even more isolated in any detention facility.

In the near future questions about how migrants’ rights and the rule of law are maintained in all penitentiary facilities while still pursuing de-radicalisation will therefore need answering.
Determining how interventions are being utilised is essential to ensuring that Muslim migrants are not treated differently. To this end, advocacy work and research are crucial.

Making sure that detention facilities maintain the rights and safeguards of the criminal justice system is fundamental to fostering rehabilitation rather than merely isolating detainees. Failing to do so may not only create breaches of human rights and discrimination, but further alienate Muslim migrants which in turn may lead to greater radicalisation and extremist behaviour.