March 14, 2017
The crisis in the Italian and the European asylum system, the total collapse of the Greek system. Hungary’s illegal resolution to detain all asylum seekers. The shocking plight of child refugees and the particular vulnerability of LGBTI asylum seekers. Finally, the numbers that matter, especially to understand why deaths at sea are at all-time high.

What is the situation in Italy regarding the right of asylum? A comprehensive global overview is on this very delicate and complicated issue comes from the recent, detailed annual report by the Asylum Information Database (AIDA) of the European Council on Refugees and Exiles (ECRE), curated by the Association for Juridical Studies on Immigration (ASGI). Read the article in the AIDA blog and the full report, which is worth studying closely.

2. Asylum in Europa, what will change with the new Dublin regulation

The Dublin system on the right of asylum in Europe, established in 1990 to determine which EU member State is responsible to examine an application for asylum (nearly always the first EU country the applicant enters), has failed. What now? Read the essential explainer on the future of asylum in Europe by Annalisa Camilli and Francesca Spinelli for Internazionale.

3. Everything you need to know about the collapse of the reception and asylum system in Greece

What happened to the almost 800 million dollars that the EU has allocated for the humanitarian crisis in Greece? How could the country’s reception and asylum system have collapsed, in spite of all the funding and the media attention? Read Daniel Howden and Apostolis Fotiadis’s thorough report for Refugees Deeply.

The Hungarian parliament has approved the mandatory detention of all asylum seekers in the country, including children, pending review of their cases. The only alternative is to give up on the application and go back to one’s country of origin. An article in Politico explains how this legislation is in clear and serious violation of European and international laws.

Free legal assistance for all asylum seekers in need, thanks to a tireless “robot lawyer” invented by a 19-year-old student. DoNotPay was originally conceived as an AI portable attorney to help people with fines, parking tickets and delayed flights. Following its wild success, the automated legal aid service was extended to asylum seekers in need. Here is how it works, as told by an article in the Guardian. 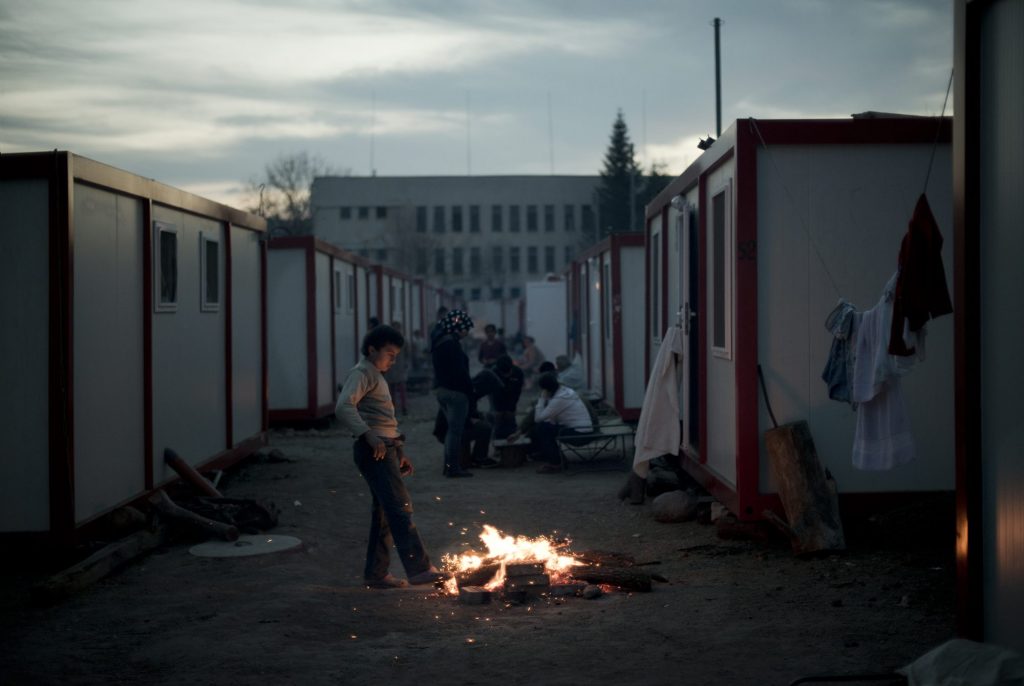 6. Why we need dedicated reception for LGBTI asylum seekers

Homosexuality is a crime in 78 countries, sometimes punishable by death, and thousands of people who are now seeking asylum in Europe fled persecution for their sexual orientation or gender identity – only to find the same discrimination they suffered in their countries of origin. Luigi Mastrodonato’s article in l’Espresso explains why dedicated reception is necessary.

7. The plight of child refugees – in pictures

Sixteen portraits of child refugees, nothing more. A simple click on the background will shed light on their reality, one that we must face, however shocking and unacceptable. See the photo report in Politiken.

8. The plight of child refugees – a dystopian reality

A new documentary on Channel 4 follows child refugees in their everyday life, a shocking, dystopian reality that we cannot seem to face.

9. Deaths in the Mediterranean, what the data tells us

Deaths from forced migration in the Mediterranean are at an all-time high. What do the numbers tell us? Read Elias Steinhilper and Rob Gruijters’s analysis for Border Criminologies.

Renowned scientific journal Nature has an interesting in-depth feature on the data on forced migration, underscoring its importance and its many challenges. Here is why migration tracking is as crucial as it is complicated, why there is a problem with data accuracy and what the numbers actually say about refugees.