November 15, 2016
Trump’s new America and the concerns over the future of refugees and migrants. The ongoing humanitarian emergency in Europe, amid the deaths at sea and the evacuations (in Rome as well as in Paris). A journey from the New World to the Old one in ten essential reads.

1. What will happen to migrants and refugees in Trump’s America?

The unthinkable has happened: Donald Trump will be the new President of the United States. What now? What future awaits us, migrants and activists wonder anxiously?

An article in VICE explains how the US policies on migrants and refugees may change – dramatically, and for the worse – with walls, detention and deportations.

In the uncertainty that followed the election, a ray of hope for migrants on American soil: some of the “sanctuary cities” (municipalities where the local government refuses to cooperate with the federal government’s efforts to deport people, choosing instead to offer protection to undocumented migrants) have pledged to resist Trump’s anti-immigrant policies. New York mayor Bill De Blasio even said that the city’s database of undocumented migrants could be deleted. Read the article in Remezcla.

Trump’s new America is a scary place. So much so that many migrants, stuck at the US-Mexican border after fleeing Central America, have already decided to give up the American Dream, and Mexico’s migrant shelters are overflowing. Read the articles in Reuters and Irin News.

4. The tragic paradox of the Mediterranean: fewer migrants at sea, yet more are dying

Compared to 2015, the number of migrants and refugees attempting to cross the Mediterranean on their way to Europe has decreased significantly. Yet more of them are dying at sea: already 4,271 this year, more than ever before. Read about this tragic paradox in the Wall Street Journal.

5. A bleak welcome for migrants who reach European soil

Even for those who do survive the desperate crossing, things are not so much better, starting with the traumatic moment when they disembark on European shores, as told by Lizzie Dearden for the Independent.

6. Migrants from Baobab protest in Rome

Another day, another evacuation. A humanitarian issue, however, cannot be resolved with a “clean-up”, and shutting down a camp only prolongs the emergency – actually, it makes things worse, with dozens and dozens of people forced to sleep in the streets.

After yet another evacuation, this time in Tiburtina station, the volunteers and migrants from Baobab staged a protest, calling for an end to the closure of makeshift settlements created by citizens, and for an adequate response by the local authorities to the needs of migrants passing through Rome.

Read the article in Repubblica. 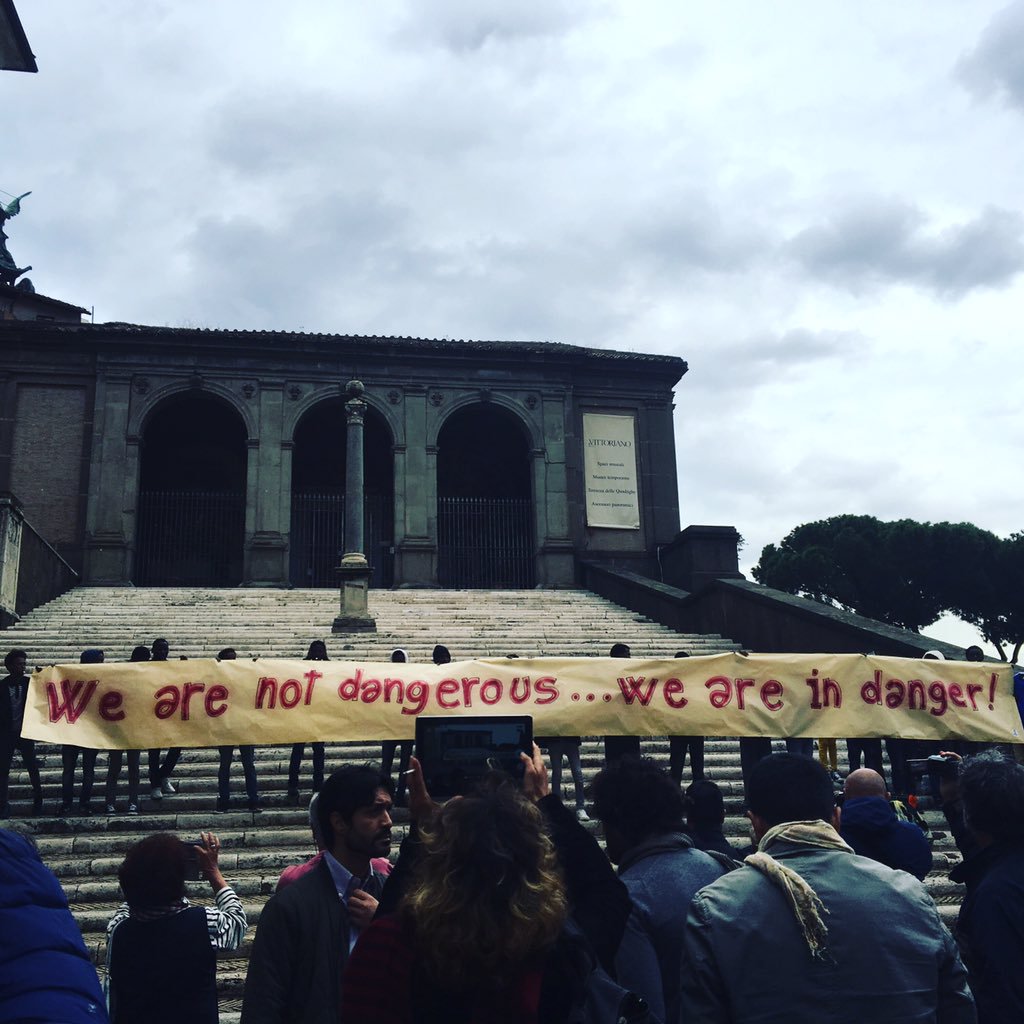 7. From Calais to Paris, the continuing odyssey of migrants

The situation is not much better in France where, after evacuation of the Calais camp, hundreds of migrants are camping out in Paris, caught between bureaucratic limbo and police raids.
Read about their never-ending odyssey, as told by Gilberto Mastromatteo in Internazionale.

Nearly everywhere in Europe, the States’ response to the refugee crisis has been inadequate, and nearly everywhere (from Italy to Greece, from France to the UK), ordinary citizens have mobilized to help those left behind by the system. Refugees at Home is a group connecting people with a spare room in their home with asylum seekers in need of accommodation: read about it in Refugees Deeply.

There is cause to celebrate after the unexpected vote by Hungarian lawmakers that rejected the conservative government’s anti-immigrant law (through a constitutional amendment that would have blocked resettlements of refugees). An important signal of hope in a country surrounded by barbed wire to keep off refugees. Read the articles in the Independent and the Washington Post.

10. Why the numbers game matters: the importance of data in the narrative on the humanitarian crisis

In order to have a truly informed debate on the “refugee crisis”, we need more attention to data. Paul Currion’s op-ed for Refugees Deeply explains why we cannot do without big data and statistics to understand the humanitarian crisis, even with the knowledge that there are people behind the figures.