March 14, 2019 - Marco Todarello
Caritas Ambrosiana has decided that it will continue to finance the reception of all migrants in its facilities, even those who have no right to these services under the new security decree. Marco Todarello went to one of the centres run by Caritas in Lecco to report on the situation.

Casa Abramo, a reception centre managed by “L’Arcobaleno” cooperative in Lecco, stands on a hill overlooking the city and the lake. To Issa, Anwar, Biko, Lisimba, and Chika, the old building nestled in green has become a resistance outpost to the new Salvini decree. For over a year, this house has been a place of growth and education for them, and in order to keep it so, Caritas Ambrosiana, which supports the cooperative, has decided to keep funding the reception of the migrant guests, who no longer have a right to the services provided by these projects under the security decree.

As beneficiaries of a humanitarian visa, these five young people – two of them from Mali, one from Ghana, and two from Nigeria – represent one of the groups most heavily affected by the legislation that abolished this particular type of permit.

“The fact is that these people, despite not being formally entitled to international protection,” Roberto Castagna, coordinator of reception programmes with L’Arcobaleno, explained, “were granted a permit because they have a right to it. A court or territorial committee had ruled that they could not be repatriated on serious humanitarian grounds, and then, overnight, they were told that they could not live in CAS or SPRAR centres anymore, and that they could not be assigned to a municipality because there was no space and there were no resources. In effect, they have been left out on the streets.”

Even including those who will be granted the new special protection permits (which do not give a right to reception services), Caritas Ambrosiana estimates that, out of 4,514 guests in their facilities in Lombardy, at least 500 will have to be supported in the centres because under Law 132/18 they are excluded from the protection system.

This might be an overestimation, but it still paints an entirely new picture, and it raises alarming new questions as to the effects of the security decree. 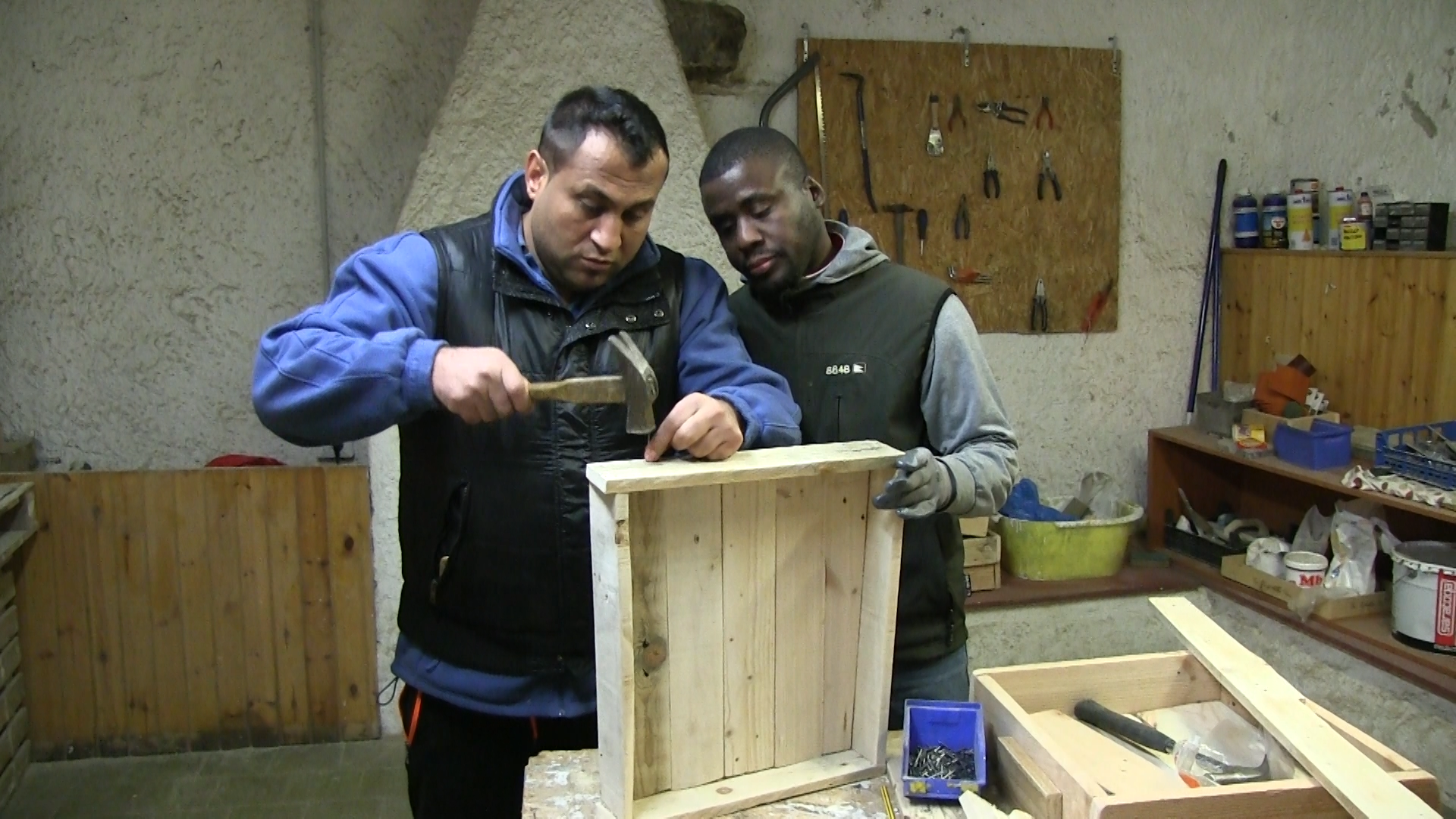 Oxfam Italia, in its report “I sommersi e i salvati della protezione umanitaria”, estimated that about 120,000 people will become irregular over the next two years, and proportionally the highest numbers will be those whose humanitarian permits have expired (32,750) or been denied (27,300); in addition, there will be the backlog of cases that the territorial committees will have to review according to the new provisions (70,000).

“Even though they were not granted refugee status,” Roberto Castagna points out, “those who were granted humanitarian protection always have a complex history of suffering, from single women with children to men in conditions of fragility, including mental health problems.”

Such is the case of Chika, a 34-year-old Nigerian, one of five who were “saved” by Caritas’s decision. She was diagnosed with post-traumatic stress disorder, a generic definition, sometimes used for victims of torture or war trauma, even when the disorders are complex and poorly understood, and which Italian psychologists and psychiatrists are not always properly equipped to treat.

“A woman like Chika would have ended up in the streets, with no one to call and nowhere to go,” Roberto Castagna explains. “And for many others like her, the best case scenario is ending up in Rosarno or the countryside near Foggia, and the worst case scenario is falling in the hands of organised crime, because when you are starving, your moral compass starts to wobble.”

Issa, 21, and Lisimba, 23, would also have been left out of the system. The former left Mali because of the desertification that condemned hundreds of farming families to starvation, while the latter was tortured in Ghana with his uncle, and has visible burns on his hands and has lost the use of several digits. For them, the “gift” came just two days after Christmas, when the Prefecture of Lecco notified them about that their reception services had been discontinued after their humanitarian permits expired. The document sent to the cooperative referenced the upcoming budget cuts and requested that the migrants excluded from the system be removed, while suggesting that they be referred to the City’s social services.

It was a familiar move, in Lecco as elsewhere: Prefectures refer people to the municipalities, where they are turned down due to a lack of places and resources.

“This is how the government draws a line, destroying all the work done so far and leaving nearly everyone out, maybe hoping that the problem will take care of itself,” Roberto Castagna comments. “But the point is, it’s dangerous to have one person’s integration overlap with their bureaucratic process because people’s individual histories have different times, and they cannot be tied down to a contract with the Prefecture.”

“These people need support every step of the way, it’s vital for laying the foundations of their lives in Italy and in Europe,” Daniela Messina, head of CAS with L’Arcobaleno, points out, “to get the lay of the land, our language and culture, how the institutions work. It is a crucial step towards full autonomy and rebuilding an independent life.”

Everyone, in short, has a unique journey to integration, and support is needed in the early stage of weakness, caused by trauma, until they are ready to resume the jobs they were qualified for, or learn the tools of a new trade. This is why the integration process should never be interrupted. 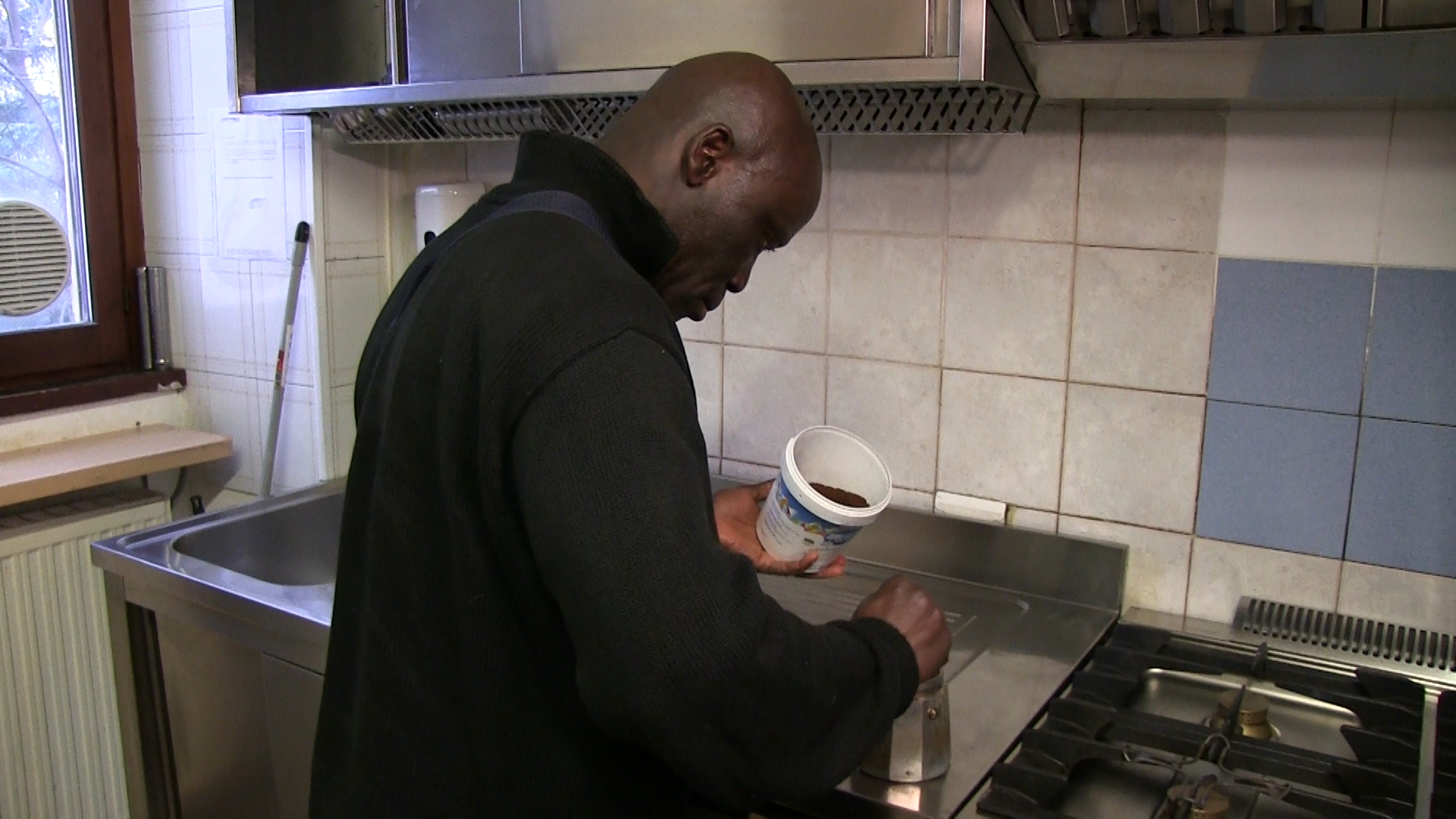 The irony, for the 5 guests in Lecco and everyone else in their situation, is that they are, for all intents and purposes, regular immigrants until their permits expire (as confirmed by the Association for Juridical Studies on Immigration, ASGI), but they have no right to protection. They have a humanitarian residency permit, but they do not have the means, the resources, or a place to go.

Those with a humanitarian permit can only convert it into a work permit if they find employment, or apply for renewal once it expires in the hope of receiving one of the new permits: “special protection” (valid for 1 year), “natural disaster in the country of origin” (validity: 6 months), “serious health conditions” (1 year), “acts of civil valour” (1 year). All these permits are effectively replacing humanitarian protection, which was valid for up to 2 years.

Finding employment, however, does not solve the problem because if the job is short term – as is very likely for a young immigrant – it is difficult to get the permit converted, and in the case of long-term employment, the permit is valid for up to 2 years.

Moreover, converting a permit requires a passport, which is not a given, because most refugees arrive without papers and are not easily identifiable, and requesting a passport is a difficult task even for the embassies.

Future prospects for life in Italy are uncertain at best for those who are granted a special permit because the new legislation does not allow conversions into a work permit and is “focused on reducing, impeding and discouraging long-term residence,” Gianfranco Schiavone, an attorney with ASGI, explains. “Even though at the moment we haven’t had enough cases of new applications to get a better idea.”

Experience has led operators at L’Arcobaleno to believe that no restrictive laws will be able to reform a reception system based on numbers and performance, not on individuals: “The approach is: how many yoghurts and how many slippers do you need, like in the barracks, and not: how can we improve the future lives of these people, and possibly the future of the country that is hosting them,” Roberto Castagna points out. “We need a project that looks beyond who can fund who, unless, when you tell me someone has no rights, within 24 hours you put them on a plane and send them back to their country.”

This lack of a vision, as well as the new political climate, is also reflected by the Prefectures, whose approach in recent years has not always been linear. During the most critical phase of the migration crisis in 2014-2015, when the influx of migrants was massive and constant, the Prefectures were willing to do anything to find help and cooperation in the management of operations.

“They were appealing to our humanity, and the Prefect was quoting Pope Francis more often than the Archbishop was,” Roberto Castagna remembers. “They were begging us to find a place, to open churches and parishes, and they were under such pressure that they were making deals with everyone, including some shady individuals.”

Before we leave Casa Abramo, we meet a young man from the SPRAR network who is heading outside to throw out the garbage. An educator asks him to sign a page. Under the new legislation, they must do so every time they walk in or out, even if it’s only for a stroll in the garden. “Sometimes I feel like I’m in jail,” he comments. “Well, more or less…” she replies, jokingly.

“Everything has changed now,” Roberto Castagna concludes. “Today we are no longer the good Samaritans to ask for help, but more like criminals because taking in migrants is dirty work, just like rescuing lives out at sea. Today, if you’re working with migrants, the assumption is that you’re profiting off it; so, clearly, when the system is being constantly policed, it ends up feeling that way.”