Homepage >> Approfondimento >> Como, an endless Game of the Goose at the expense of migrants

February 28, 2017 - Andrea Quadroni & Michele Luppi
Extensive checks and detentions in the northern Italian city followed by forced transfers to the Taranto hotspot. No end in sight for this Game of the Goose at the expense of migrants

“Here it comes. Another bus leaving today.” Shopkeepers living near customs in Como’s Ponte Chiasso neighbourhood have grown used to seeing the constant transfer of migrants from the Swiss border to southern Italy. The transfers began last July and have not stopped since.

Though now no more than twice a week, the fact is that they never ceased. The last sighting occurred on Monday, February 20, around 5:15 p.m., when a bus provided by Rampinini left the border at Ponte Chiasso, headed for the hotspot in Taranto. Carrying several migrants, the bus was accompanied by two police vehicles. The ride confirmed rumours that had been circulating throughout the day of checks being carried out across the city and of several people being detained by border enforcement officials in the areas of Piazza San Rocco, Don Guanella day care centre, Piazza Vittoria, Piazza Camerlata and Giardini a Lago. Those found without documents were brought to customs officials for further investigation, and were then placed on a bus to be taken far away from Como. This was a first for the city whereas the practice of checks followed by forced transfers to the south has long been a familiar one in Ventimiglia.

Based in Como and in Switzerland the Como senza frontiere [Como without Borders] network took a statement from a young migrant who witnessed the checks while volunteers from “cold reception,” who have been working since October last year to assist migrants left out of the centre on Via Regina Teodolinda, reported the following: “The police vehicles were at the entrance of the parking lot near the Church of San Guanella (which has a soup kitchen). The cars were near the corner of the street and the police officers were just inside, near the gate. The migrant recognized the police officer who had beaten him in the morning and tried to film him with his mobile phone. The police officer grabbed him, and before getting him into the car, took his phone. He then proceeded to look through it for about fifteen minutes as they drove to the police station. In the meantime, the officer said in front of his friends that he was going to beat him up again. Once they got to the police station, he called over another officer who spoke French. ‘The officer,’ said the migrant, ‘asked me if I had filmed the scene. I said that I had, because the other officer’s behaviour was unacceptable. Then the new one took my phone and smashed it, saying that we were in Italy. There was nothing I could do, so I let it go and then walked away when they released me about half an hour later…’” Lawyers from the human rights group are working to support the witnesses and denounce any instance of misconduct or illegal behaviour. 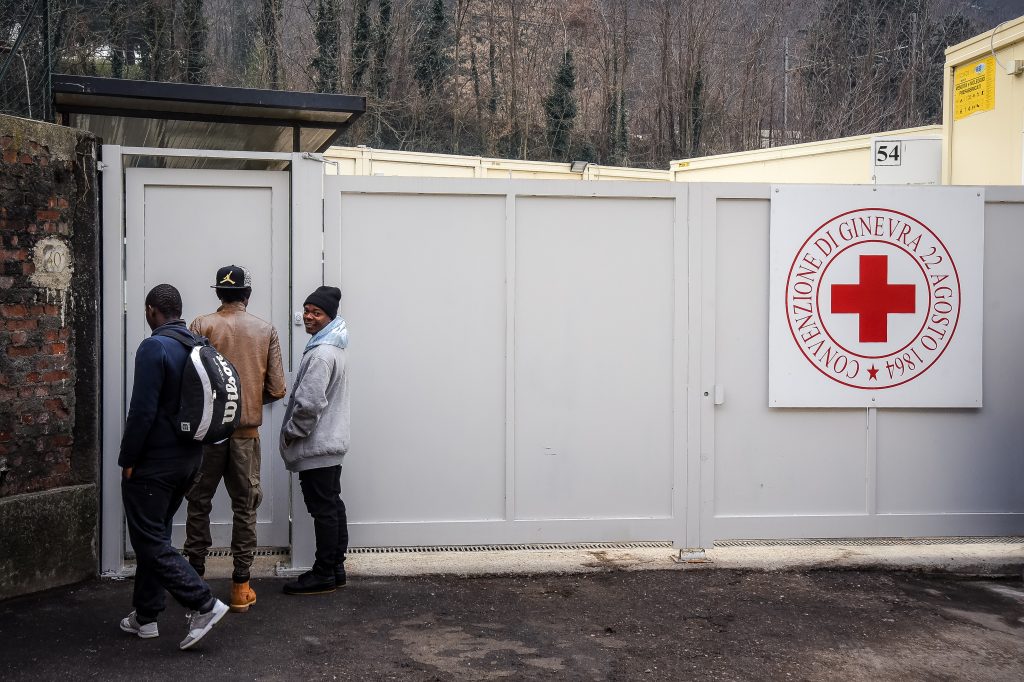 According to information collected by ASGI – the Association for Juridical Studies on Immigration – a total of 21 people were transferred from Como to Taranto on Monday, February 20, in addition to the 27 who were taken to Apulia from Ventimiglia.

Early data on the number of transfers from Como had started coming in as early as Monday evening when the parish of Rebbio – an established safe haven for migrants in transit, especially those without access to the government-run camp on Via Regina Teodolinda – reported that more than twenty people were unaccounted for. “On Sunday, February 19,” volunteer Georgia Borderi says, “there were 71 migrants at the parish, 59 of whom had been regulars for a few days. The following evening the number was down to 46, that is, 25 fewer people. At least 16 of them had been part of the regulars. Within a few hours, we received confirmation that at least five of the young migrants passing through the parish – from Ghana, Mali, Niger and Liberia – were among those who’d been transferred to Taranto.”

Who the migrants are and why they get transferred

Some of the migrants themselves have talked about their experiences of being found without documents and taken to the border but then released as, upon further examination, they did indeed possess residency permits or were awaiting international protection. Flavio Bogani, a summer host at the Sant’Eusebio soup kitchen, told the tale of a young man who was taken to Taranto and then came back Thursday night: “On February 20, S.F. was detained by the police in the streets of Como and subsequently transferred to Taranto. On the evening of February 23 he came back, buying his own train ride.” Bogani also posted pictures of the young man’s tickets online.

A young guest of the government camp on Via Regina Teodolinda and two young men from El Salvador are also among the migrants who were detained in checks and transferred to Taranto. Their stories, however, are quite different from those of the migrants in transit as they had been residing in the province of Como for some time. One of them, who is only 18, was repatriated on Thursday, February 23, on a flight out of Rome, a mere 48 hours after his arrival at the hotspot. 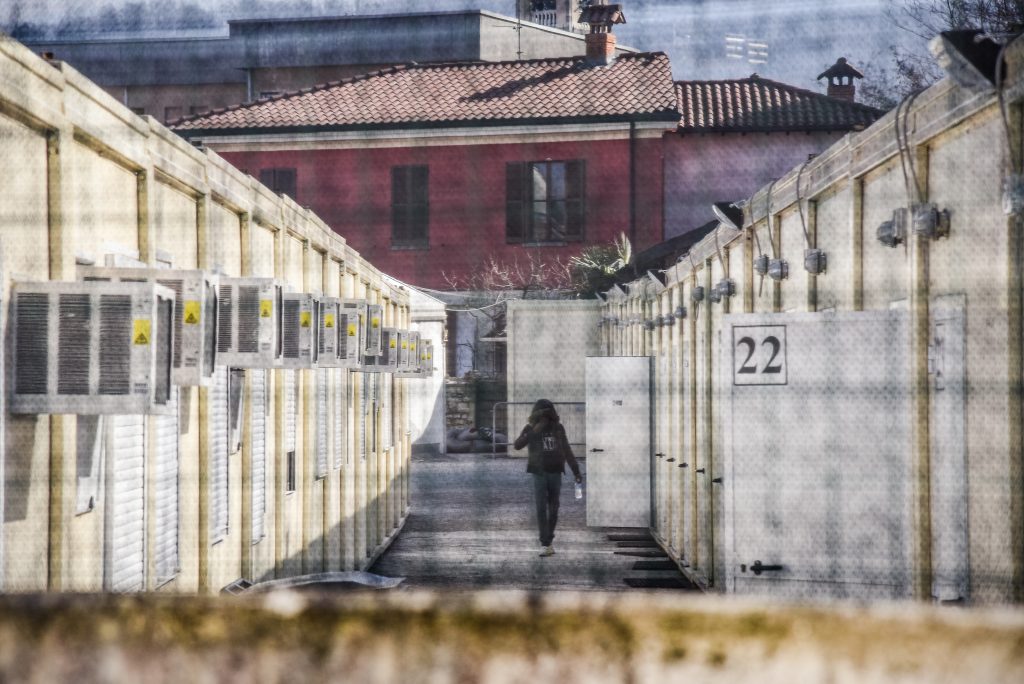 “We were especially surprised at how quickly the order was carried out, the timing was exceptional,” said Anna Brambilla, an attorney at ASGI. “The migrants,” she continued, “arrived in Taranto on Tuesday and Wednesday. The young man from El Salvador, who was seventeen when he came to Italy and came of age in October last year, was already on a plane from Rome. You’ve got to wonder why he was brought to Taranto first, since he was in possession of a passport (which expedited the procedure) and therefore did not need to be identified.”

During the brief interval between the moment he was detained in Como and his departure from Rome, the young man was allowed only one phone call to a relative. “We are now trying to establish,” Brambilla explained, “if he was given a chance to seek legal assistance, and on what terms.”

The other migrant from El Salvador, who was also an irregular, received altogether different treatment: he was slapped with an expulsion order but was declared free to leave the hotspot. There was no forced repatriation. The same thing has happened to other migrants who had been transferred, five of whom have already returned to Como. This Game of the Goose raises doubts about the very effectiveness of the transfers.

“The reason for these transfers, and the legal framework in which they are happening, is unclear,” Brambilla said. “We believe something may have changed after the implementation of the recent immigration plan by Interior Minister Minniti, as shown by the transferring of young migrants to the CIEs in Taranto. Unfortunately, however, we don’t have any reliable figures at the moment.”

On October 21 of last year, the Under Secretary of State for Defence, Domenico Rossi, explained the reasons behind the transfers in response to a parliamentary inquiry by deputy Emanuele Cozzolino of the Five Star Movement, saying that the migrants had been transferred from Como and Ventimiglia “to prevent disturbances to public order and to prevent the high concentrations of migrants from causing a health emergency.”

The current situation in Como, however, is very different from last autumn. Attempts by migrants to cross the border have continued, but over the last few months their number has dropped. According to data from the Federal Customs Administration, in 2016 there were 34,000 attempts to enter Ticino illegally, mostly at the border in Chiasso. Further evidence of activities along the Swiss border over the past few weeks came with the arrest of four Ghanaian nationals, residing in the province of Como, accused of smuggling migrants from Como to Lugano for a price of €100/150 per person.

The government camp opened by the prefecture and managed by the Red Cross together with Caritas on Via Regina Teodolinda currently hosts less than 150 out of a maximum capacity of 380 people. These are mostly minors, families (or vulnerable individuals) and adults who arrived in Como before completing their application for political asylum in Italy. Everyone else is denied access. There are concerns, however, that numbers will rise again with the coming of spring and an increase in arrivals by sea – unless, that is, the deal with Libya yields the results that the Italian government and European leaders are hoping for. 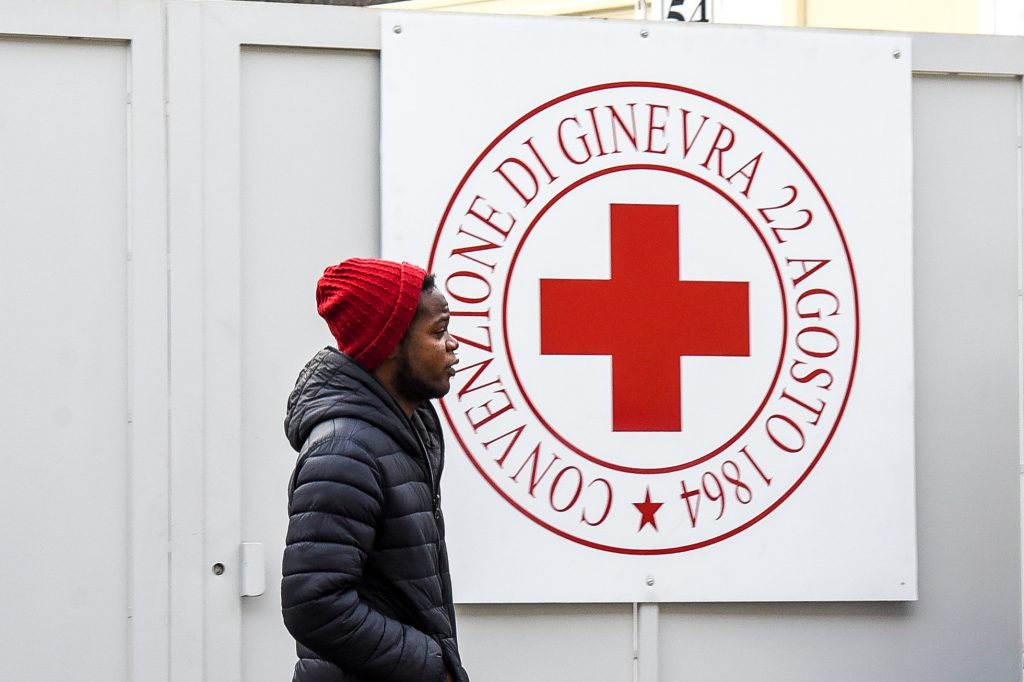 This is why earlier this month the prefecture posted a “call for people interested in migrant transportation” on its website. This service will consist in the “transportation of foreign citizens in the province of Como to suitable reception facilities, which will be successively chosen by the Ministry of the Interior.” The vehicles will have to “be able to accommodate 29 passengers, or between 30 and 50 passengers.”

Operations “will be carried out following requests from the prefecture throughout the period of the contract, with an average notice of 12 hours for the organisation of the service.” Two different prices are expected: one for under and one for over 600 kilometres. It is assumed that service will begin March 1 and expire May 31. The contract has currently been assigned to Rampinini. At the moment it is difficult to imagine what springtime will bring for migrants in Como, but it is likely that the buses will continue leaving.

COVER IMAGE: Como, migrants at customs in Chiasso before boarding buses to Taranto.
All images by Andrea Quadroni and Michele Luppi.
Translation by Francesco Graziosi. Proofreading by Alex Booth.