Homepage >> Approfondimento >> Forced returns to Sudan, the case against Italy at the ECHR

February 16, 2017 - Corallina Lopez Curzi
Five Sudanese citizens from Darfur – who were among the 48 “irregular migrants" that Italy forcibly returned to al-Bashir’s Sudan on 24th August – have appealed to the European Court of Human Rights (ECHR). Now Italy once again risks being convicted, following its one for forced removals to Libya under Gaddafi. Four things to know about this case and why it is so important.

1. Italy’s agreement with one of the world’s worst dictatorships

The events behind the appeal happened after the Head of the Italian Police, Franco Gabrielli, signed an agreement on migration with his Sudanese counterpart at the beginning of August 2016. The memorandum of understanding with Sudan is just one of several agreements Italy has signed with the aim of simplifying the return of third country nationals who are considered “illegal”. This specific agreement has been intensely contested because Sudan is one of the world’s worst dictatorships. The International Criminal Court has issued a warrant of arrest for its president, Omar al-Bashir, charging him with genocide, crimes against humanity and war crimes committed in Darfur where the war has caused about 400 thousand casualties and displaced more than 2 million persons. According to Sara Prestianni (Arci immigrazione), “within its border externalisation process, Europe doesn’t mind negotiating with the most brutal of dictators who in turn are dangerously ‘rehabilitated’ as rightful actors of international politics.”

The existence of this memorandum of understanding was only revealed at the end of August after a wave of public indignation over the forced repatriation of 48 young refugees from Ventimiglia to Sudan. Angelino Alfano, the Italian Interior Minister at the time, proudly claimed the legitimacy of the operation: “A violation of human rights? No, we merely honoured an agreement between the Italian police and the Sudanese.” Too bad that such an agreement, which was never submitted to Parliament and whose content was only disclosed in October 2016, violates Italian as well as international law.

In fact, as denounced by the Italian National Asylum Roundtable, it was a “completely illegitimate” action. “The police agreement between the Italian and Sudanese governments goes against the principles of national and international law; first of all, the non-refoulement principle forbidding the expulsion of refugees to any country in which they might face persecution… Italy has a duty not to return people to countries where their human rights are so evidently at stake.”

European countries, including Italy, seem determined to pursue their border externalization strategy despite the severe and undeniable consequences of such politics in terms of the violation of fundamental rights, one of them being the collective repatriation of refugees to countries where they could face inhuman treatment.

And this is exactly what happened in the case in point: Italian authorities decided to show the effectiveness of their agreement with Sudan by arresting and repatriating many Sudanese citizens from the Ligurian city of Ventimiglia. It all began on 19th August when about sixty refugees were arrested and transported by bus to the hotspot of Taranto, where they immediately received the return decision approved by the city prefect and an escort to the border ratified by the Justice of the Peace. Then they made same journey backwards, and by 24th August were already boarding a flight from Turin to Khartoum. 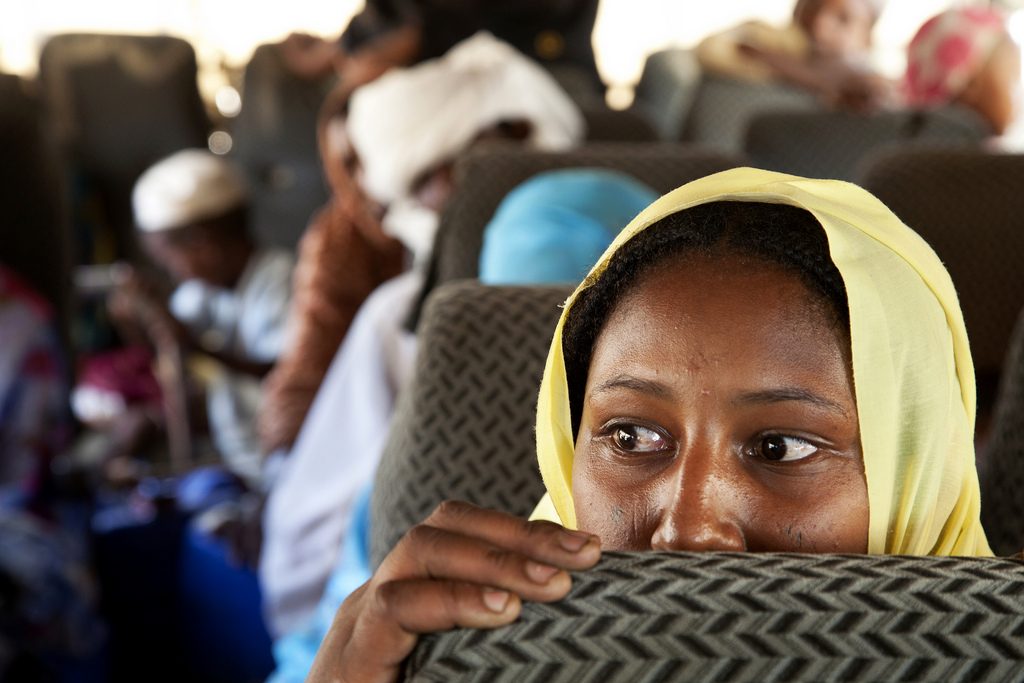 The plane eventually took off, but there were “only” forty-eight passengers because some of them had escaped; seven Sudanese citizens also got off the plane and were taken to an Identification and Expulsion Centre (CIE) for security reasons.

3. If this is a safe third country

The significant detail is that these seven citizens applied for international protection and they all obtained refugee status. Which is actually not surprising: in Italy, around 60% of those international protection applications filed by Sudanese citizens in 2016 had a positive outcome. Such a percentage is in line with European statistics, which place the Sudanese among the 10 nationalities with the highest acceptance rate due to the difficult situation of their country.

A general situation that affects all Sudanese citizens, but one which proves particularly tough for those coming from Darfur. As is known, this province is currently involved in an armed conflict that continues to cause mass displacements and civilian casualties, and is one in which all the parties involved have committed severe violations of human rights. Everything has been put down in writing in countless reports by the United Nations and by many human rights organisations (such as Human Rights Watch and Amnesty International).

And yet, despite the critical conditions of Sudan, Italy has deemed those high-speed and low-guarantee returns perfectly acceptable. Even though, according to the international law, such procedures are only tolerable when conducted with so-called safe third countries. And Sudan is certainly not one of them. 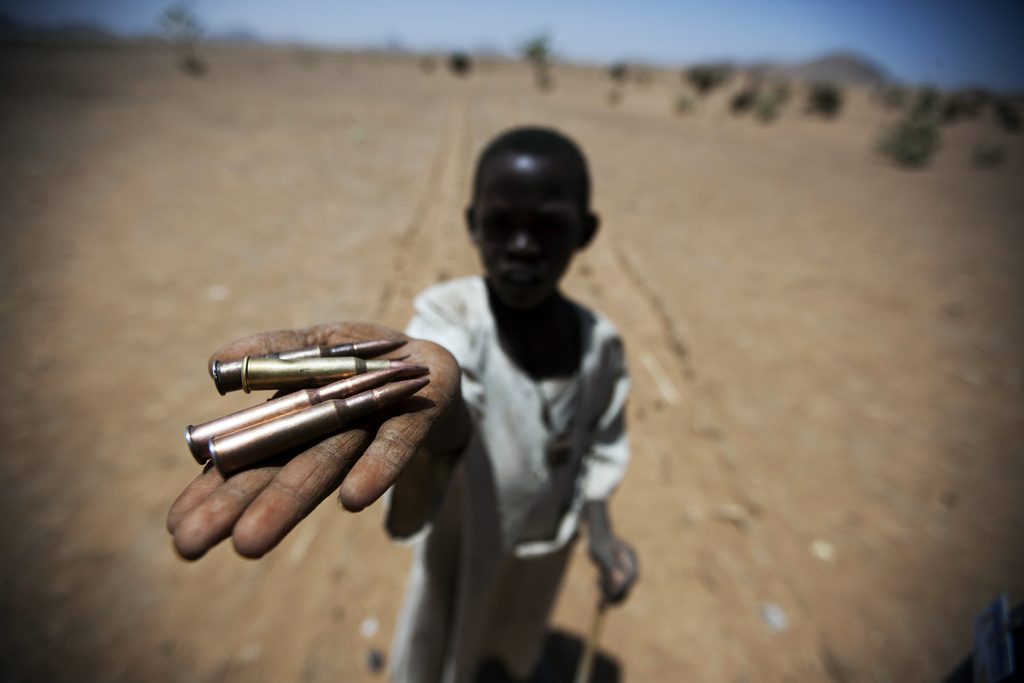 4. The appeal to the European Court of Human Rights

This is why five of the repatriated Sudanese citizens, who were reached in their home country by the lawyers Fachile and Belluccio from Asgi (Association for Juridical Studies on Immigration), appealed to the European Court on 13 February*.

The reconstruction of events they provide is extremely clear and unbiased: the forced repatriation of 24 August violated the non-refoulement principle with a country where fundamental rights are not safeguarded and people risk being subjected to inhuman treatment (Art. 3 of the European Convention but also, at a national level, Art. 19 of Italian Legislative Decree 286/98). This risk was especially evident in the case in point and the Italian government should have been aware of it, not to mention the refugees explicitly and desperately pleading not to return to Sudan when before the Justice of the Peace and aboard the aircraft. In this case, any formal commitment on behalf of the Sudanese government to respect human rights is irrelevant – as the ECHR already highlighted in 2012 when condemning Italy for mass repatriations to Libya after the agreement between Gaddafi and Berlusconi – as the legally binding factor is the actual situation of the country, not the promise of a dictator.

Furthermore, the prohibition of collective expulsions was violated (Art. 4 of the fourth protocol of the Convention). As the plaintiffs substantiate, the operation that took place in August was programmed and arranged in order to prove the effectiveness of nationality-based return policies following specific agreements, a choice the Italian government clearly supported. In this context, extremely quick and simplified procedures were adopted for the identification and expulsion of refugees, thus compromising their possibility of being informed about the right of asylum and the individual assessment of their applications.

Finally, the operation also violated the right to effective remedy before a national authority (Art. 13 of the Convention), since the subjects could not proceed against the deportation order to avoid or suspend repatriation.

For all of these reasons, the sentence Strasbourg’s court delivers will be particularly significant, as Italy’s umpteenth conviction for the practice of mass returns to clearly unsafe third countries could serve as an important admonition to the Italian government, which seems to need it, today more than ever.