Homepage >> Approfondimento >> From Morocco to Romania: how immigration to Italy has changed over 10 years

December 27, 2015 - Alessandro Lanni
What has changed in the maps of migrants in Italy. No muslim invasion and the turning point in 2007

During the first few years of the new millennium, two communities topped the chart of foreigners in Italy: from 2003, the numbers of Moroccans and Albanians living in Italy have been steadily growing up from more than 200,000 people to the actual 450,000.
Their presence shows constant trends that date back, respectively, to the 90s for Moroccans and to the 70s for the latter.

Nevertheless, by confronting the two maps – from 2003 and 2014 – one can easily note how the geography of migrations has deeply changed over the course of a decade. In 2003, the Italian peninsula appears substantially divided between Casablanca and Tirana, the only exceptions being a strong presence of Romanians in Latium (the region with Rome) and of Tunisians in Sicily. In 2014, the scenario changes showing almost only one color: nowadays, in almost every Italian region, Romanians represent the majority of the foreign population. 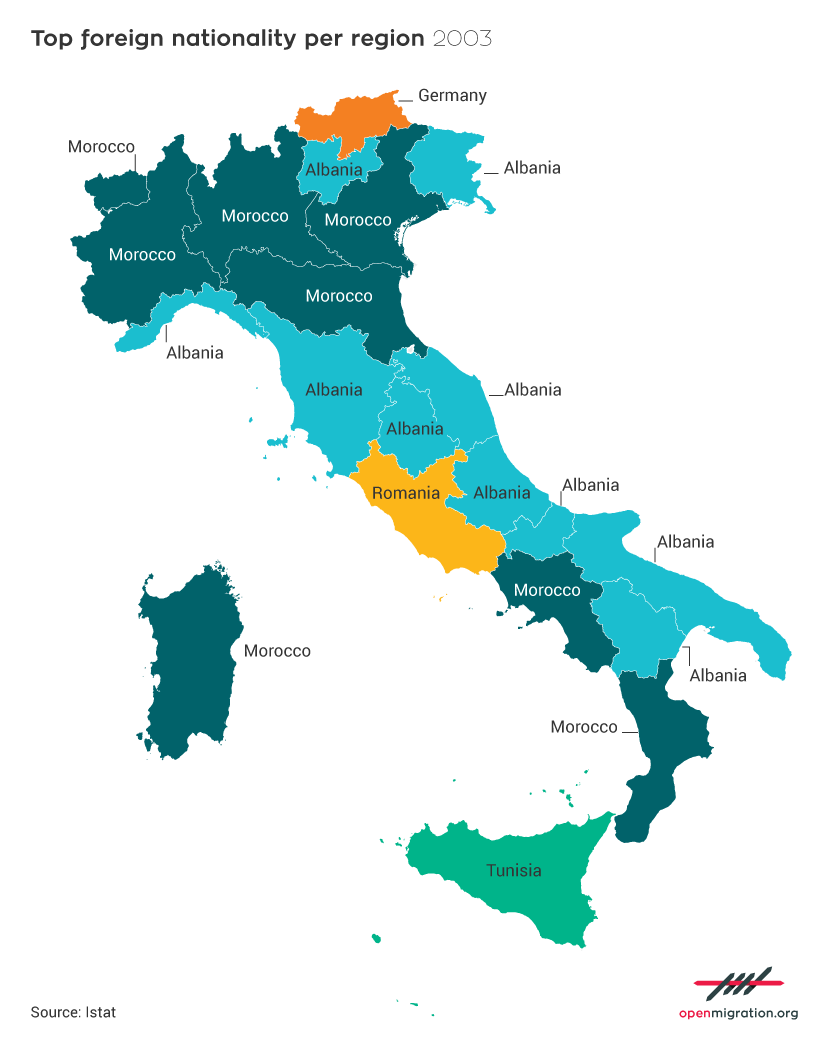 The big change was brought forward in 2007, when Romania entered the European Union: in that year, the number of Romanians based in Italy almost doubled, rising from 342.200 to 625.278. By the end of 2014, there were more than 1 million and 100.000 Romanians living in our country, scattered in pretty much all the Italian regions – with a record of presences (as much as 224.537) in Latium.
In 2014, the other significan news is that Chinese show up at the fourth place of the chart of nationalities more consistently represented in Italy – following Romanians, Moroccans and Albanians.
According to figures, there were 265.820 of them living all over Italy, with some strong communities in cities like Prato (also the province with the highest rate of foreigners – a whopping 15,8%). In the Tuscan town, there are currently more than 17.000 Chinese residents, representing about half of the foreign population in the area, as well as 10% of the local population.

In Italy there are a little more than 5 million foreign residents ( 5.014.437, according to official data from December 2014), representing as much as 8,2% of the population of the country. Nevertheless, the distribution of the foreign population over the peninsula is far from homogenous, with a significantly higher concentration (tripled or even quadrupled) in the northern and central regions. 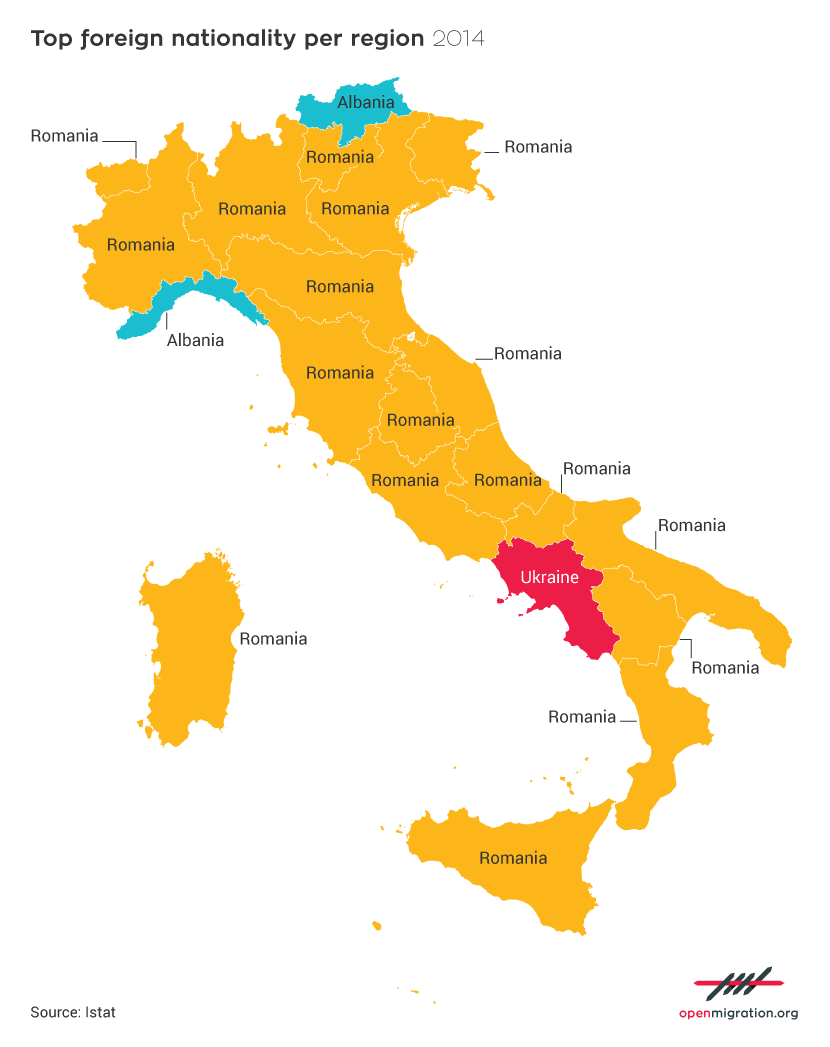 Emilia Romagna is the region with the highest concentration of foreigners, which represented 12,1% of the local population. Sardinia – where foreigners represented the 2,7% of the local population – is instead the one with the lowest rate. As said, Prato tops the provinces’ chart, whereas Carbonia-Iglesias and Medio Campidano (both located in Sardinia) are at the bottom, respectively with 1,4% and 1,2%.