August 25, 2022 - Open Migration
Despite the ongoing conflict, migrants have been detained in Ukrainian detention centres at the frontline, as bombs kept falling close to the buildings. Thanks to the Rule 39 Initiative, CILD managed to protect their lives by involving the European Court of Human Rights and obtaining their relocation. The action ensured that eventually some of them were also able to flee the country.

It goes without saying that there are innumerable human rights violations that occur during war and conflict; a sad reality the world is watching unfold again during the conflict in Ukraine.

When CILD caught wind from human rights reporting bodies in May that migrants, refugees and asylum seekers were still being held in the Nikolaev Temporary Holding Centre for Foreigners and Stateless People in Mykolaiv (“the Mykolaiv detention centre”) in alarming proximity to active frontline warfare, it mobilised its successful Rule 39 Initiative, led by Dr Daria Sartori and supported by 8 international law firms, to intervene.

“When we heard that migrants were still being held even in the middle of an active war zone, surrounded by the sounds of active shelling and unable to escape to safety as millions of Ukrainians had, we saw the exact type of situation the Rule 39 Initiative was created to address. We knew we could and must help,” says Fabi Fugazza, Chief Operating Officer and Legal Expert at CILD.

Dr Sartori and the Initiative’s volunteers worked quickly to file with the European Court of Human Rights (“ECtHR”) an urgent request for interim measures under Rule 39 of the Rules of Court on behalf of two of the Centre’s migrant detainees, an Afghan national and a Palestinian national. The request detailed the situation, including how shelling was daily taking place in its close proximity to the Centre, without the migrants being able to take shelter, and how the whole area was under direct and imminent threat of Russian invasion and bombardment.

The petition referred to Articles 2 and 3 of the European Convention on Human Rights (“ECHR”) and argued that the conditions to which the detainees were exposed not only put their lives at immediate risk, but also constituted inhumane and degrading treatment of detainees in light of the constant state of anguish and constant deathly fear they were forced to experience.

The petition also underlined that the applicants were not criminals, but foreigners detained for mere visa irregularities for the purpose of their identification and expulsion from the country.

Mindful of the difficult situation faced by Ukraine in the ongoing conflict, the Rule 39 Initiative did not ask for an active intervention by the State authorities (e.g. accompanying the applicants to a State border), but merely asked for the ECtHR to order that the migrants be allowed to leave the Detention Centre and Ukraine, like many others escaping the war.

Within days, the ECtHR  issued an interim measure under Rule 39 of the Rules of Court, ordering that the two applicants be moved to a safer place in Ukraine and that measures to protect their lives be taken, while asking the Ukrainian Government to provide information on the prospect of their removal from the country. One of the applicants was immediately released and was able to escape to safety in Poland.

Off the back of this success, the coordinators of the Rule 39 Initiative were able to get into contact with more detainees, and quickly filed an additional request to ensure the same protection for 8 more detainees. This was necessary as requests for interim measures cannot operate to “blanket cover” a group of unspecified persons. The second request thus covered 8 applicants, including 6 Cuban asylum-seekers who had escaped their country of origin after having suffered persecution at the hands of the regime there. The 30-page request detailed the stories of these vulnerable people who had been caught in a war zone while seeking safety from other life threatening circumstances elsewhere.

The European Court of Human Rights returned days later with the same ruling as the prior application, ordering Ukraine to move the applicants to a safer place while asking for information about plans for their removal. While the applicants’ release was the goal – as arguably none of Ukraine is a safe place in times of active warfare – this was a better relative outcome than remaining perched on the outskirts of the frontlines, awaiting the bombs which it seemed would inevitably eventually hit the centre, having hit most of what surrounded it.

After a tense wait and silence from the Ukrainian Government, ten days after the ruling it was announced that all migrants still held in Mykolaiv detention centre who wished to be moved (including all applicants of the Rule 39 requests) would be moved to a different and safer area of Ukraine, notably to Volyn temporary detention centre for foreigners and stateless persons, in the Volyn Region. This outcome ensured that not only the Rule 39 applicants, but all migrants within Mykolaiv detention centre who wished to be moved, would benefit, for lack of a better word, from the Initiative’s litigation and advocacy efforts.

Days after migrants were moved from the Mykolaiv Centre, Dr Sartori received word that the latter had indeed been hit by a missile and essentially demolished. “It is hard to describe in words what I felt when I heard the news” says Dr. Sartori – “the relief of knowing that thanks to our intervention people’s lives had been saved just in time was immense. In such a situation, one knows that the efforts and hard work put together through the Rule 39 Initiative can make a substantial difference for migrants and asylum-seekers”.

While preserving the lives of the asylum-seekers and migrants who’d found themselves caged in at the confines of a war zone is nothing to be scoffed at, it must be noted that the conditions which greeted them at the EU-funded Volyn detention centre in and of themselves represent threats to their human rights, safety and dignity.

Reports of detainees being beaten and told that they could leave the centre if they agreed to fight alongside the Ukrainian military (which they refused) have been rife since February, and it was only a couple of days before the migrants moved there from Mykolaiv had their phones taken from them in yet another assault on their rights. All this only adds to the inhumanity of being detained with no prospects of imminent deportation, within a nation actively at war. 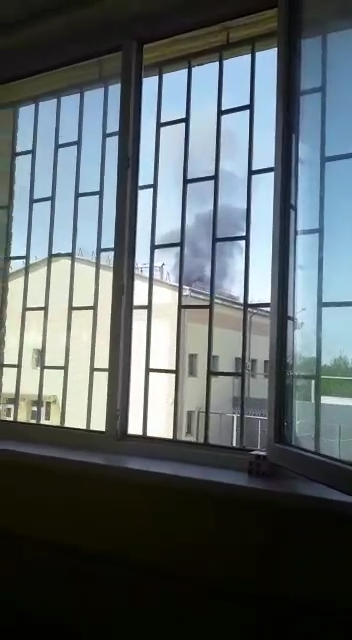 In the last week some additional positive updates were received, with news of the Afghan applicant from the first request, and the Cuban applicants from the second request made by the Rule 39 Initiative, being released from detention. The Applicants have all reached safety outside Ukraine, either in Poland or Romania, where they have applied for asylum.

Thus, a total of 8 applicants from the requests supported by the Rule 39 Initiative related to the Mykolaiv detention centre are now free, with the remaining detainees from that Centre now held in a comparatively safer area of Ukraine; a lesser evil noting that their detention remains inhumane and without valid motive.

Of their experience with the Rule 39 Initiative, the abovementioned Cuban applicants said “Out of all those who helped us, Daria and her team were the only ones who were able to move us from Mykolaiv detention centre. We are very grateful because thanks to them our lives were saved from the bombs that, in the end, fell on the Centre. We thank the Lord, but also the people who helped us via this legal instrument: Daria, CILD and the Rule 39 Initiative team. When we thought that hope was running out, she really kept fighting, and the whole team fought along with her. Thanks to them we are here. We want to thank all of you for everything you have done for us, and for getting us out of that Centre.”

Advocacy on their behalf too continues. Medecins Sans Frontieres has now become involved, monitoring the treatment of migrants at the Volynsky detention centre and liaising with embassies to seek their removal to other European countries.

While it is encouraging to see measures such as the Rule 39 request be effective in saving lives and injecting some hope into otherwise hopeless situations, it remains puzzling that such measures are needed to ensure commonsense outcomes when it comes to the lives of asylum-seekers and migrants. It also highlights how dangerous and inhumane detention of this nature has always been and continues to be.

Until migratory flows can be dealt with in a more humane, compassionate and logical manner, civil society and collaborative projects like the Rule 39 Initiative will remain necessary and will be called upon to stand in the gap, for the protection of human rights and dignity.