Homepage >> Approfondimento >> Letters from Lebanon: who is staying in Syria and who is leaving

August 9, 2016 - Sara Manisera
The Lebanese trap: five stories that describe the precarious plight of Syrian refugees in Lebanon waiting to go home or to attempt the journey to Europe. There is no way out: the only legal channel for access is through the humanitarian corridors that have been created by Italian civilian institutions. The alternative is to put one’s life in the hands of smugglers.

Lebanon is not a country at war. It was, however, until 1990 before the Taif agreement, an initiative put together by the Arab League, ended a murderous conflict that had lasted fifteen years. Nevertheless, it is not a country at peace. For five years, nearly 1,600,000 Syrians have lived on a tiny plot of land. According to the United Nations High Commissioner for Refugees, there are 1,050,000 registered Syrian refugees in Lebanon; but the official estimates are only up until May 6, 2015, after which date the Lebanese government suspended the registration of new arrivals.

Even legally registered Syrians, however, can do very little. They cannot find sponsors, and therefore have regular jobs.
Before the war, Syrian citizens were allowed to cross the Lebanese borders freely in both directions. Things have since changed, and there are more and more obstacles. Beginning last year, Syrians have been obligated to pay 200 US dollars every six months in exchange for a residence permit. In addition, they are required to provide a document signed by a Lebanese sponsor. Failing that, they face arrest and deportation to Syria because Lebanon has not yet ratified the 1951 Geneva Convention Relating to the Status of Refugees. As if all of this were not enough, Lebanese authorities have recently begun raiding refugee camps to apprehend any Syrians living “illegally” in the country. The already precarious conditions for Syrian refugees in Lebanon have only been made worse. 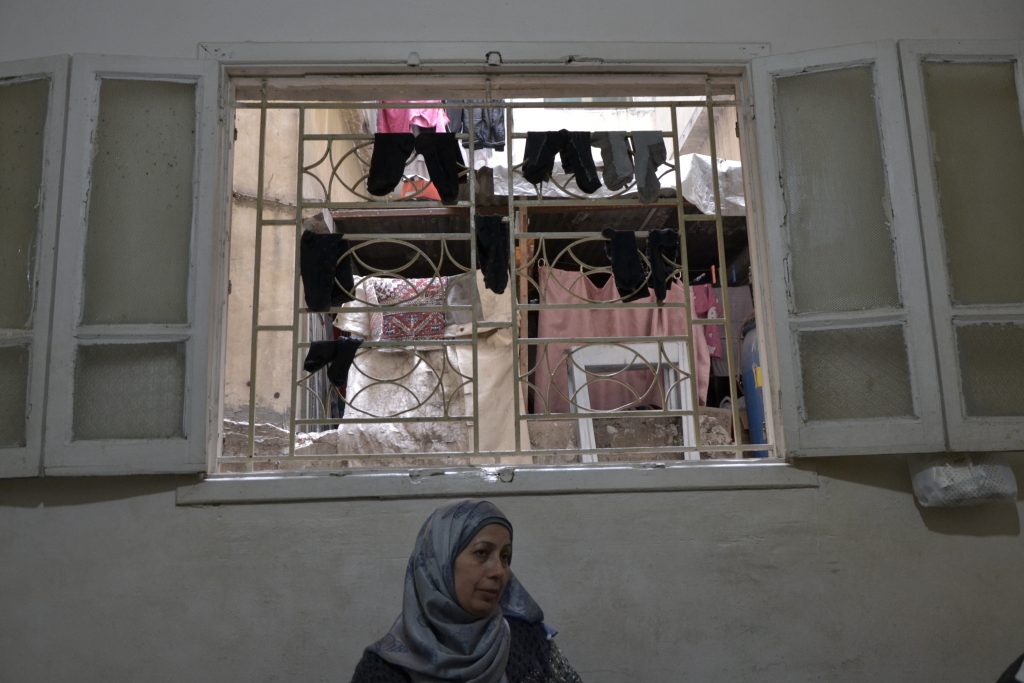 No future in Lebanon

Abu Rabia lived in the Tal Abbas refugee camp, located in the district of Akkar in Northern Lebanon, 4 kilometres from the Syrian border.
He hardly ever ventured out of the camp for fear of being detained at checkpoints. Like him, most men avoid travelling long distances. “I was willing to pay a smuggler to get out of here. I had already asked several relatives for money, almost 6,000 euros in total. What future can you offer your children if you are not even allowed to go out to work?” the young father from Homs asks.

Eventually, Abu Rabia did not pay a smuggler and did not risk his life. He arrived in Europe through the first humanitarian corridor established in Italy , promoted by the FCEI (Federation of Evangelical Churches in Italy) and the Community of Sant’Egidio, with financial aid from Italy’s “eight-per-thousand” tax devolved to the Union of Methodist and Waldensian churches.
Luca Maria Negro, president of FCEI, explains: “One of the goals [of this project] was to rescue refugees from the hands of human traffickers by offering them the chance of safe passage. Safety is also guaranteed for receiving countries, since the beneficiaries are selected in their countries of departure.”
Thanks to the protocol signed last December with the Ministries of Interiors and Foreign Affairs, about 1,000 refugees will be able to arrive in Italy safely and legally, and the first 200 will be coming from Lebanon.
Nando Sigona, deputy director of the Institute for Research Into Superdiversity at the University of Birmingham and researcher at the Refugee Studies Centre at the University of Oxford, cautions: “Humanitarian corridors can help reduce the demand for illegal crossing, but they cannot eliminate it entirely because access to corridors is strictly regulated, while access to the smugglers’ services only requires money. Corridors are still a model that can be replicated by other countries,” he points out.

Jamal arrived in Italy along with his wife, his three children and his nephew through the second humanitarian corridor. His final destination was Turin.
He used to live in the suburbs of Homs, where before the war he owned a construction vehicle business. Then he lost everything: his business, his home, his money and his dignity.

He ended up in the regime’s prisons for giving first aid to the injured and transporting medical equipment to areas that had been bombed. He shows us his scars with tears in his eyes: “I was tortured for two months; they would rip out my nails and put out cigarettes on my back. They wanted information on the rebels but I was only helping other civilians who were victims of this absurd war, just as I was. I’m done with Syria. I hope I will get the chance to rebuild my life in Italy,” he concludes bitterly. 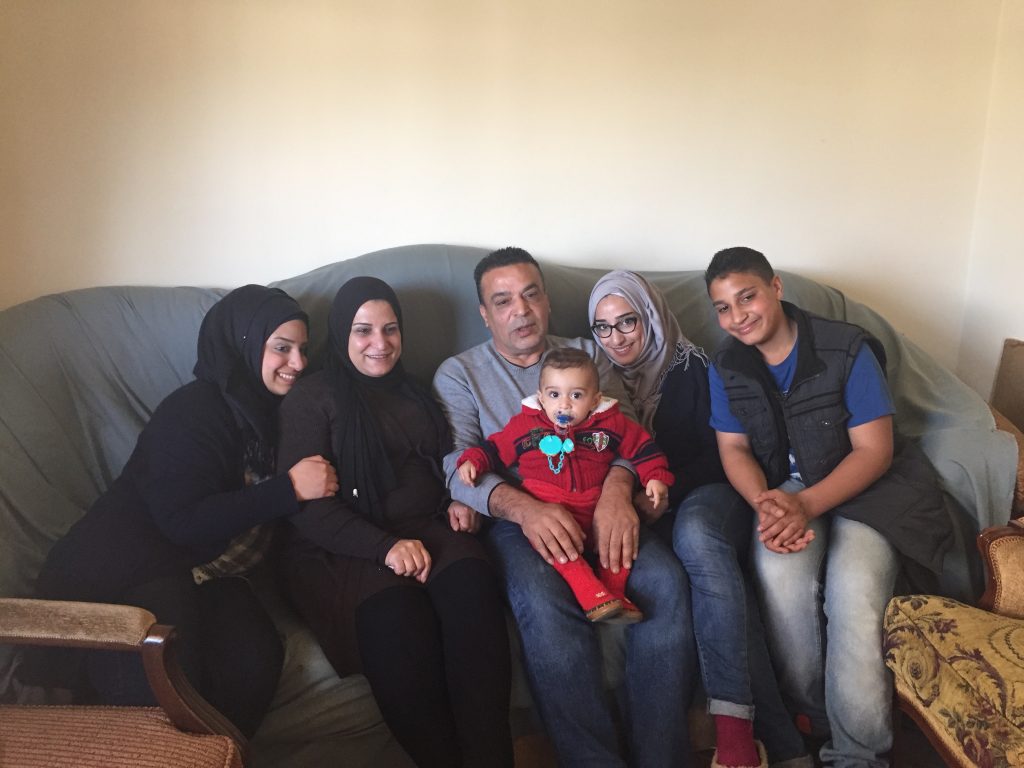 Unlike Jamal, there are many who would return to Syria. Some of them, like Aya, choose to remain in Lebanon waiting for the war to end. This woman from Raqqa, a stronghold of the Islamic State, lives in a refugee camp along the Syrian border in the Beeqa Valley, near the town of Baalbek, famous for its ancient Roman temples.

She wears a long, bright purple dress and a colourful headscarf. Her face is lined and covered in tattoos, marking her as a member of a certain tribe. She fled along with her clan in rebellion to the Islamic caliphate.
While she is being visited by Dr Luciano Griso, a FCEI medical professional with the Mediterranean Hope project, she says: “We ran because we had to submit ourselves to the rules of Daesh. We had to wear black, and if we didn’t, the ISIS men would force our husbands to pay a fine, otherwise they would be killed. We are only waiting for this tragedy to end so that we return to our land as soon as possible.”

Choosing to stay in Lebanon

The conditions of Syrians living in Lebanon are as diverse as its people.
Those who choose to stay, more often than not, do so because they lack funds or because they are hoping to return to Syria.
Sawsan is a 26-year-old woman from Al-Hasakah, a city in the northeast of Syria. She now lives in Saida, a city on the Mediterranean coast south of Beirut, in a shabby room with her six children, the youngest of whom is seriously ill. After being selected for the humanitarian corridor, she chose not to leave because of pressure from her family who are still in Syria. 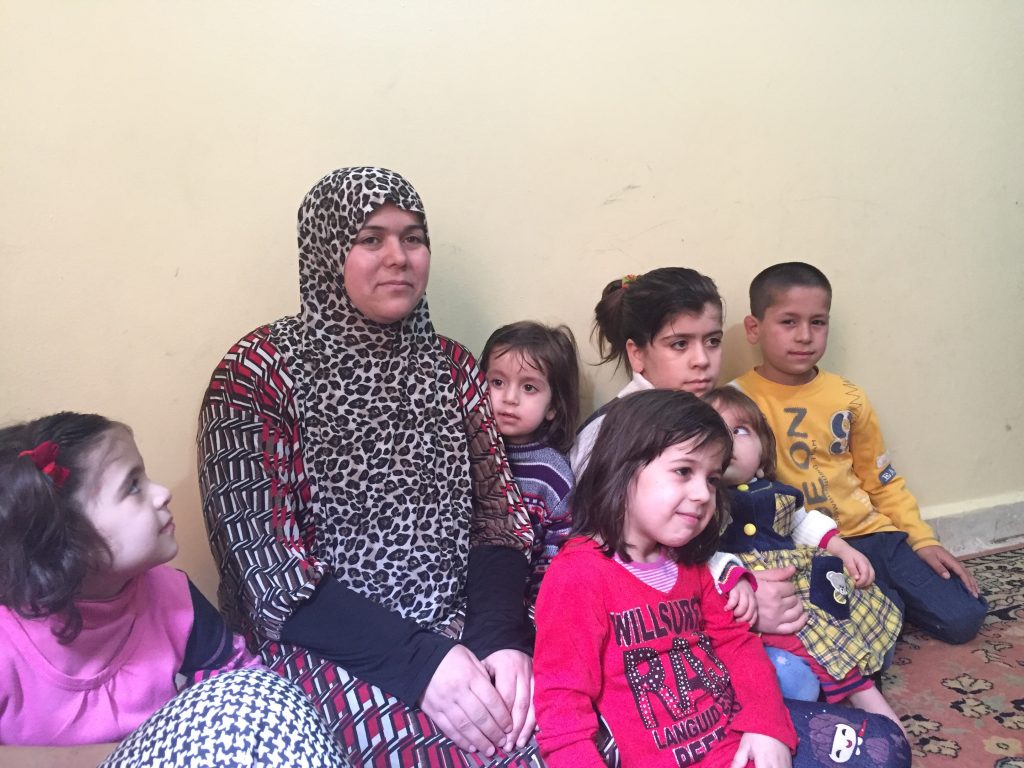 But there are also those in Lebanon who are working with dignity and do not want to be associated with the term “refugee”.
“I do not feel like a refugee and I don’t want to be treated like one,” says Anas, a musician and sound engineer at a Lebanese production company. Originally from Damascus, he came to Lebanon at the beginning of the war, and today he lives in a brightly lit apartment in the heart of Geitawi, a “vintage” neighbourhood in Beirut. “If I had a different passport, I would probably move to another country, but under these conditions I’d rather stay here and keep my dignity, and not be treated as a miserable refugee or risk losing my life at sea.”

Smugglers as the only way out of the Lebanese trap

Stories like those of Aya, Anas, Abu Rabia, Jamal and Sawsan are multifaceted and very different from each other. What persists is the instability and the uncertainty experienced by those who are trapped in Lebanon and have no idea how much longer they will have to stay. Unable to obtain a humanitarian visa within a reasonable time, those who want to flee or just travel choose to pay criminal trafficking organizations.

As François Crepeau, the UN Special Rapporteur on the human rights of migrants, explained very clearly: “If these services were provided by the States, human traffickers would be out of business. Smugglers work because there is no alternative mobility system. It’s a market.”
Legal routes and the free circulation of persons would likely deal a harsh blow to human trafficking organizations, and would restore a sense of solidarity to what is one of the oldest of human phenomena – that of migration.