Homepage >> Approfondimento >> The shameful topicality of the Khlaifia case

November 29, 2021 - Gennaro Santoro
From 30 November to 2 December, the Committee of Ministers of the Council of Europe will convene in order to assess whether Italy has implemented the European Court of Human Rights (ECtHR)’s compliance requests as expressed in the Khlaifia judgment. Italian Civil Society has been following, and participating in this procedure, as explained by Gennaro Santoro in this contribution.

In 2016, the ECtHR condemned Italy for its arbitrary detention of foreign citizens in the Centre of Aid and First Reception (CSPA) — now renamed hotspots — of Contrada Imbriacola, Lampedusa, and onboard the Vincent and Audacia ships. It also was heavily critical of its lack of effective remedies against this deprivation of liberty and related living conditions.

From that moment in 2016 until now, the Italian government has not filled this critical gap in Italian legislation and has kept on detaining people (even minors and vulnerable people) without the required validation from a judge. It also continues to deny detainees opportunities to meet with their lawyers, or any chance to challenge detention conditions. Detention in hotspots sometimes lasts up to one month in inhumane and degrading conditions, despite detainees often being people who were victims of torture in Libyan lagers and who suffer from grave health conditions, as denounced by MSF (Médicins sans Frontières) last September. 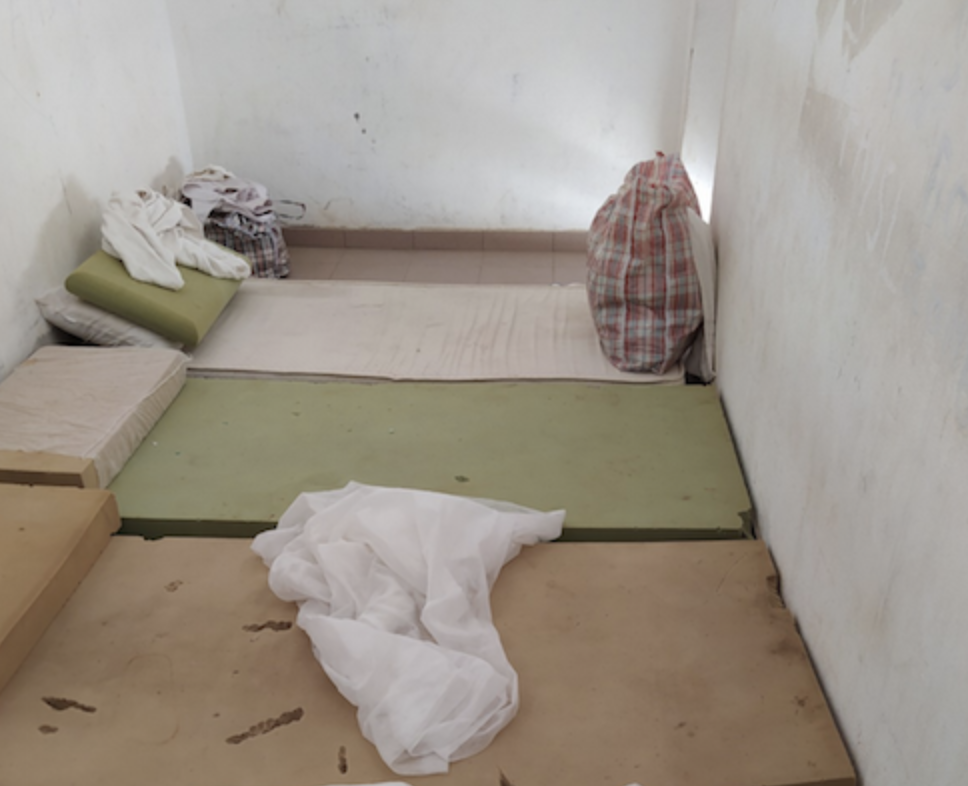 As aforementioned, although the ECtHR’s condemnation dates back to 2016, to date there are still places in Italy where foreigners who reach Italy’s territory are arbitrarily deprived of their personal liberty, as it happens in hotspots. Such detention still occurs without a clear legal basis, without a written order by the competent public authority validated by a judge, without a determined maximum term of detention, and without clarifying the grounds of detention, in unashamed and grave violation of art. 13 of the Constitution and of the safeguards enshrined in article 5 of the European Convention of Human Rights (ECHR).

Back in 2018, the Italian Civil Society had already denounced the non-implementation of the Khlaifia judgment, by filing new similar complaints with the ECtHR and by publishing a dossier of testimonies submitted to the Parliament’s Deputies Chamber that same year, on 10 April, as well as a dedicated report.

Some NGOs (including CILD, ASGI, and A Buon Diritto) have also actively taken part in the judgment’s implementation supervision procedure before the Committee of Ministers of the Council of Europe. From 2018 until now, they have lodged around ten pieces of communication demonstrating that the Italian government had done next to nothing to end the systematic violation of human rights in these places. 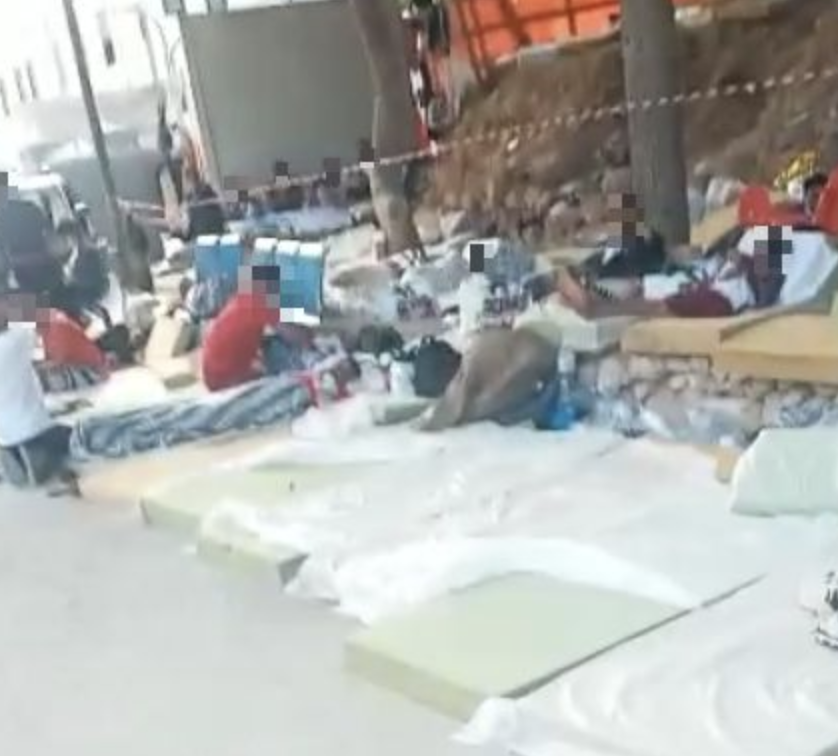 An exhaustive list of civil society’s intervention in the supervision procedure:

In relation to the lack of an effective remedy against detention conditions, the Government’s suggestions that redress can be sought via an urgent court procedure, where damages could be sought, have been challenged by civil society. As a result, in the March 2021 session, the Committee upheld civil society lodged requests and demanded that Italian public authorities provide judicial rulings showing the efficacy and effectiveness of such remedies. The Committee specified that lacking such evidence, it would be categorically necessary to adopt measures that can guarantee judicial remedies to challenge detention conditions. Yet, in its latest communication in October 2021, the Italian Government failed to include any precedents concerning detention in hotspots. This failure is likely highly related to the difficulty for lawyers to enter hotspots which makes it impossible for detainees to receive legal assistance, to be able to exercise their rights. Hence, alongside the absence of ad hoc remedies available to those detained in hotspots, the general remedies suggested by the Government in its communications to the Committee have never been used because detainees in hotspots do not enjoy any legal assistance and thus do not have access to justice.

With respect to the absence of a legal basis, lack of information and of judicial review on foreign citizens’ detention in first reception centres, last March the Committee reserved for a subsequent session analysis around the legal framework described in the Government’s submission of February 2021. In this communication, the Government asserted that it had fully implemented the Khlaifia judgement by enacting the Lamorgese Decree (and previously the so-called Salvini Decree and Minniti Decree). Nevertheless, as pointed out by the National Guarantor for the Rights of Detainees, the Lamorgese Decree does not introduce any new provisions related to hotspots, amending solely the legislation covering Pre-Removal Detention Centres (CPRs).

Accordingly, also during last summer, people have been de facto detained — even for up to one month —in the Lampedusa hotspot without validation by a judge and without proper hygienic measures, including measures to prevent the spread of COVID-19 (e.g., personal distancing). Detention conditions were inhumane; migrants were hosted in potentially risky settings and hotspots were overcrowded, even reaching a point where 1000 people were being accommodated in a location with a stated capacity of 250 people.

As reported by ASGI’s InLimine Project as a result of its monitoring and legal assistance activities, between July and August 2021, even the most vulnerable foreign citizens were informally detained for an extended period of time, lacking any adequate mechanism of assistance, referral and or priority transfer for people who had survived the shipwreck, human trafficking, gender-based violence, torture or who were fragile for any other reason. Such informal and prolonged detention also involved minors, whose transfers often have been slowed down by the unavailability of places in centres for sanitary isolation.

In particular, there were reports of people being subject to informal and extended detention in the Lampedusa hotspot even when they suffered from medical and/or psychological illness. As an example, a family consisting of two minors and a mother who had suffered from a carcinoma was kept in the hotspot under inadequate conditions including a lack of access to appropriate medical treatments, from 12 July to 12 August 2021, when the family was finally transferred to a centre for fiduciary isolation. Another family consisting of two minors, one of whom suffered from a severe illness that causes motor disability, and of a father who had requested international protection, was kept in a hotspot from 1 July to 10 August 2021.

Against this backdrop, CILD, ASGI and A Buon Diritto, in their latest communication to the Committee of Ministers ahead of its meeting on 30 November 2021, asked the Committee not to close the supervision procedure with the hope that 5 years from the original condemnation, Italy will eventually enact measures guaranteeing the fundamental rights of people who reach our shores and who need medical assistance and support, rather than arbitrary detention and lack of safeguards.