September 13, 2016
Greece, where asylum seekers live in desperate conditions and unaccompanied minors are detained. Italy, where more and more migrants are camped in Como waiting for the Swiss borer to open up. Turkey and Lebanon, where Syrian refugees are exploited and living in fear. This, and more in our weekly selection of readings.

Europe’s migration policies are turning Greece into “a giant holding pen”, and the people stuck in it are close to the breaking point. Patrick Kingsley’s reportage.

2. Greece: the drama of unaccompanied minors

A new Human Rights Watch report on unaccompanied minors in Greece documents extremely serious problems with their detention – which should never take place, being a sheer violation of their most fundamental rights (as explains François Crépeau for The Conversation). And things are not much better for children asylum seekers hosted in Greek camps, argues Helena Smith for the Guardian.

3. Refugees and technology, scenes from a Greek tragedy

As part of CNet’s investigation on if and how technology is helping in the global refugee crisis, a reportage from Greece looks at the importance of Internet and smartphones in helping out asylum seekers. 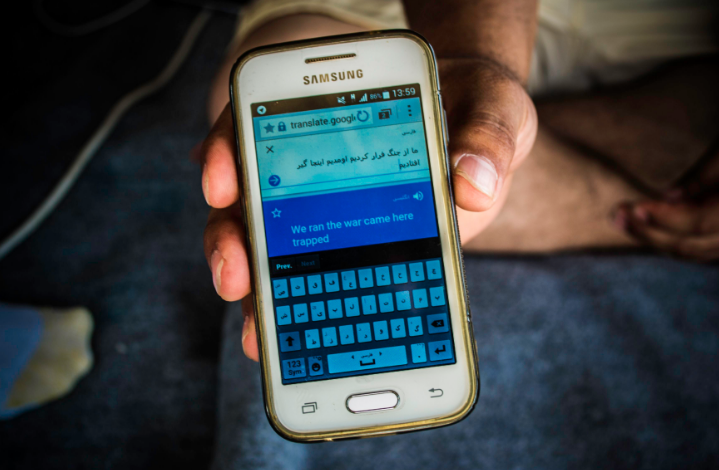 Hundreds of asylum seekers have been camped around Como’s rail-station for weeks since Switzerland closed its borders. Photographer Mattia Vacca documents the situation in pictures on Zeit.

An art exhibit based on a migrant tragedy has been brought to a tiny Austrian town close to the Hungarian border to raise awareness on the plight of migrants and asylum seekers. The New York Times’ article.

6. Turkey: where Syrian refugees work for $8 a day

Refugees Deeply’s reportage from the Turkish camps, where thousands of Syrian refugees are employed as farm workers and particularly vulnerable to exploitation.

7. Lebanon: “We have all become illegal”

Syrian refugees in Lebanon live in fear after migration policies were tighten up last year. “We have all become illegal”, they say. BBC’s article.

8. Jordan: how 70,000 Syrian refugees stuck in the desert look like from the sky

Satellite images recount the plight of the 70,000 Syrian refugees stuck in the desert at Jordan’s border. 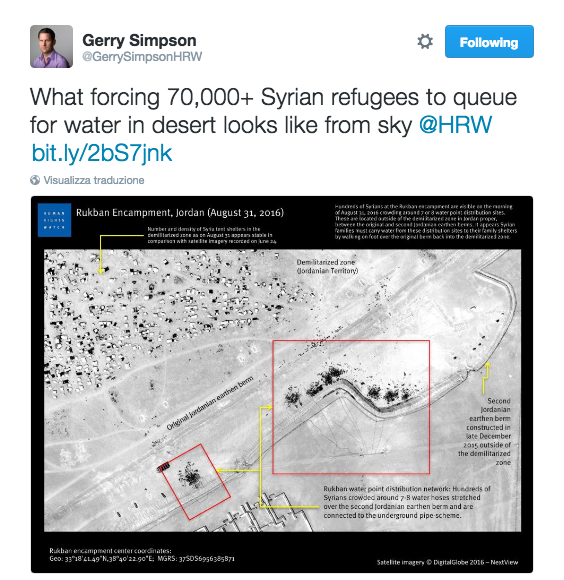 The tiny island of Manus is home to more than 800 asylum seekers who live in bleak conditions – fearing for their own safety and facing an uncertain future. Photographer Matthew Abbott visited the island and documented the lives of the refugees and asylum seekers in a photo-essay for the Guardian.

10. The refugees who saved Edward Snowden

“He is one of us”, says the family of refugees who hid whistleblower Edward Snowden for two weeks in a Hong Kong slum. The never-been-told story on National Post.