May 30, 2017
As politicians and the media keep discussing the baseless accusations against the NGOs in the Mediterranean, no one seems willing to talk about what is happening in Libya, between prisons for migrants and a Coast Guard that turns rescue missions into deportations (by shooting out at sea).

1. The truth about deaths at sea

There is no end to the desperate crossings in the Mediterranean, with more and more deaths (more than ever before). But who is to blame? (Spoiler: not the humanitarian NGOs saving thousands of lives out at sea). In this context, it is imperative that the European Union stop blaming the humanitarian NGOs and face the actual root causes of forced migrations. Read Mohammed Harun Arsalai’s op-ed in Al Jazeera.

2. How Libya is turning rescue operations into deportations

Meanwhile, at sea, Libyan Coast Guard – which is being trained by Italian officers – interrupts a rescue operation by the German organisation Sea Watch, assuming command and bringing the “rescued” migrants back to Libya. A serious violation of maritime and international laws that could set a very dangerous precedent. A similar incident occurred with a Doctors Without Borders ship: the organisation has denounced Libyans for firing assault rifles to take over a rescue operation. Read Ottavia Spaggiari’s article for Vita.

3. How Italy wants to evade its humanitarian obligations by helping Libyans intercept migrants at sea

The increasingly larger – and more aggressive – role played by the Libyan Coast Guard in the Mediterranean is no coincidence; it is the outcome of a precise strategy by the Italian government (which resulted in a much-contested deal with Libya). Amnesty International has decried Italy’s attempt to evade its obligation to protect people fleeing massive and systematic human rights violations in Libya, by helping Libyan authorities intercept migrants and refugees in the Central Mediterranean. Read the article in Repubblica.

Italy’s attempt to staunch the flow of migrants from Libya – by striking deals with tribal chiefs and ignoring the emergency in detention centres – could result in a series of capital mistakes. Read Mattia Toaldo’s in-depth analysis in Limes.

5. Libya, inside the hell of “mezra”, detention camps for migrants

As politicians insist on absurd discussions over the alleged connections between NGOs and human traffickers, the world is turning away from the horrors in Libya and the hellish conditions in the “mezra” – actual prisons for migrants with no regulations, run by people smugglers, where atrocities are being committed against men, women and children. A hell we are all trying to ignore, as Giovanni Tizian reminds us in his story for L’Espresso.

6. Externalisation border control, at all costs

What happens to all the funds for the fight against poverty in Africa? They are (improperly) used as a bargaining chip with African states in order to ensure stricter border controls and keep migrants from leaving. The goal is to externalise at all costs. Find out how this is done with #Divertedaid, a multi-part investigative journalism project in La Stampa which includes Ludovica Jona’s video-explainer and Sara Prestianni’s in-depth analysis. 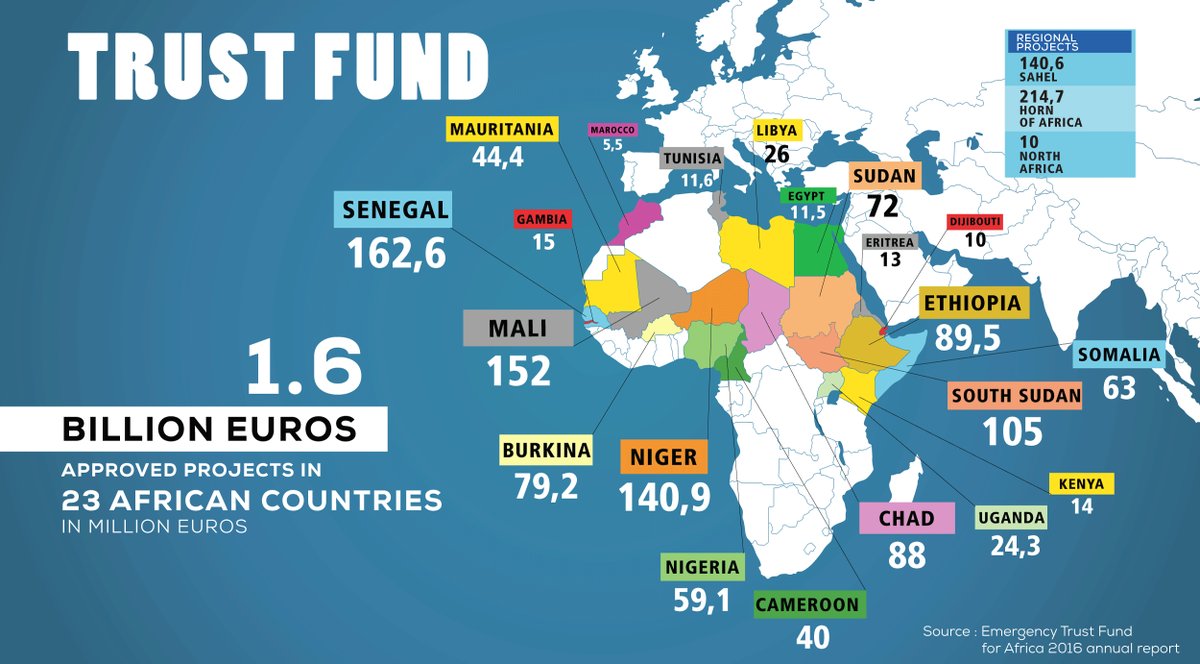 7. Reception in Italy: the Minniti law will set us back 10 years

In writing the new rules for the management of “extraordinary” centres, the Italian Government is looking back to the failed experiment of the CARA: large facilities, located far away from residential areas, with their own medical units. A harsh blow to the model of family sponsorship, and also a betrayal of the promise of transparency in the contracts. Read Duccio Facchini’s in-depth analysis in Altraeconomia.

8. The reception system in Greece, a crisis within a crisis and the grass-roots initiatives

Greece has become a limbo for thousands of asylum seekers, forced to live in extremely precarious conditions. In the void left by the government, several initiatives are trying to improve the situation, including – quite ironically – many anarchists (as we told in our own report from Athens’ City Plaza Hotel). Read Perla Trevizo’s report from Lesbos in Al Jazeera and Niki Kitsantonis’s article in the New York Times.

9. France, why we cannot forget about Calais

Eight months have passed since what they said would be the “final evacuation” of the Calais “jungle”. Sadly, forced evacuations offer no response to the humanitarian emergency; they simple move it a little further away, hiding it from the eyes of the public. We have forgotten about Calais, but in the French border town migrants keep trying to survive, and they are much worse off than before. Read Emily Goddard’s report for the Independent.

10. G7, no room for migrants at the summit (mostly thanks to Trump)

The G7 summit was held in Taormina last weekend, bringing together several world leaders. During the high-profile meetings, however, very little was discussed and decided about forced migrations and possible responses to the humanitarian crisis. In short: a crucial issue ended up being largely ignored, mostly thanks to Trump. Colum Lynch wrote in Foreign Policy about Stephen Miller’s (President Trump’s senior advisor and the author of the “Muslim Ban”) efforts to keep the issue of resettlement out of the international political agenda.