August 30, 2016
Asylum seekers helping after the earthquake in Italy, while a reform of the right to asylum is in the works. Old and new borders, from Hungary to Uganda. Climate refugees and information crisis. The future of the Polish community after Brexit. And a reminder that nobody is ever just a refugee.

1. The earthquake in Italy and the help from refugees

Last week, a earthquake hit central Italy, killing (as we write) about 290 people. Help and solidarity came in many forms and from many people, including asylum seekers hosted all over Italy (here the activities coordinated by Italian NGO Gruppo Umana Solidarietà). A story widely covered all over the world. The New York Times video. 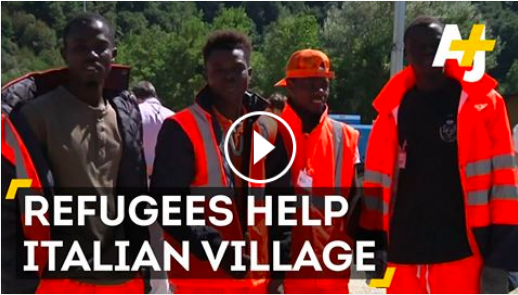 2. “The Coast Guard fired on migrant boats in Chios”

According to documents of the European Border Agency obtained by The Intercept, the episode dates back to 2014, caused several injuries among the migrants aboard, but never led to any conviction. And it wasn’t an isolated case, despite being treated as such.  Will there be consequences to these revelations?

3. “Nobody is ever just a refugee”

“We dehumanize people when we reduce them to a single thing: refugee, immigrant. This dehumanization is insidious and unconscious”.  Nigerian writer Chimamanda Ngozi Adichie addressed the attendees of the United Nation’s World Humanitarian day last week, calling them to rething the global migrant crisis. Adichie’s parents were displaced during the Nigeria-Biafra war and lived as refugees for three years (via Quartz).


4. “We want to live”: en route with refugees from South Sudan to Uganda

They came by boat, or by canoe. In the past two months, about 88,000 people applied for asylum in Uganda, running from war in South Sudan – the figures are more than doubling those of the first six months of 2016 (up to 8,000 on the busiest days). Tragic stories of war and brutality in yet another forgotten border –  Patrick Kingsley on the Guardian.

Last June, Italy’s Justice Minister announced a reform on right of asylum that will cancel the possibility to appeal decisions about applications (in many cases, applications are first rejected and then accepted at the appeal level. The new proposal has been criticized by Gianfranco Schiavone, deputy director of ASGI, the Association for Juridical Studies on Immigration, (Internazionale).

USA have now their first “climate refugees”: communities of Native Americans in Louisiana and Alaska are moving to higher grounds due to climate change, a process that requires planning, consensus and money. And that brings the risk of further reducing the communities and change their way of life. Renee Lewis on Refugees Deeply and the op-ed penned by Saskia Sassen on Open Migration. 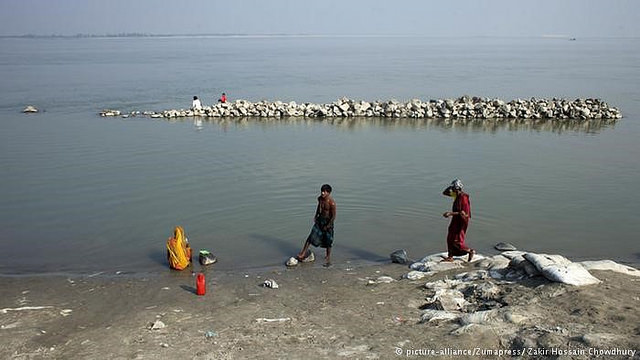 Dhaka: could this be the future in part of the US? (Photo: Climate Vulnerable Forum)

““The #Dublin procedure for Syrian citizens is at this point in time effectively no longer being adhered to”. This doesn’t look like a viral tweet, but it is credited as the one who changed the course of hospitality for Syrian refugees in Germany, Philip Oltermann e Patrick Kingsley explain.

8. The refugee crisis is an information crisis?

Mediterranean Rumours Tracker is a website created by InterNews, Translator Without Borders e Action Aid that investigates (and disproves) rumours and claims on migration and asylum that circulates among refugees. The team works with volunteers and make the information available in English, Arab, Farsi and Greek.

Hungary wants to build a second wall on the Serbian border. Next October 2, the country will vote in a referendum on the EU quotas of migrants to receive – a decision opposed by Prime Minister Orban (Hungary has 10 million inhabitants). The government is currently spending about 16 million euros in a campaign against migrants, writes Lydia Gall (Human Rights Watch) on the EU Observer, noting that, according to EU quotas, it should accept 1300 people.

10. Brexit and the future of the Polish community

The Polish community is the most represented in the UK, about 831,000 people. Jakub Krupa, correspondent of Polish Press Agency, traces the story and the path, of these people in the UK, from the arrival during the Second World War to the creation of a true relationship with the country. What will be their future with Brexit and xenophobia growing in the country?  (we recently wrote about Brexit and migration, as well)