October 24, 2017
We open this week with good news: the European Parliament backed a courageous proposal to reform the Dublin Regulation, which would mark a “Copernican revolution” in the common European asylum system. Refugees in limbo: from Sicily, where they are targeted by organised crime, to Calais, where the humanitarian emergency is still very much a live a year on from the “final evacuation”, to Serbia, where closed borders are leaving refugees exposed to violence and abuse at the hands of border officers. Finally, we talk about the tragedy of returns to Turkey and Syria, and we conclude with a reflection on how wrong it is to assume that all refugees just want to go home.

1. Towards a reform of the Dublin regulation

Reforming the Dublin regulation is possible: The Committee on Civil Liberties of the European Parliament approved last week a proposal to reform the asylum system regulation, to replace the criterion of first country of entry with a permanent and automatic relocation mechanism without thresholds. It now remains to be seen if the courageous reform will be approved by the Member states in the Council; in the words of Italian MEP Elly Schlein (who wrote the proposal), it would be a “Copernican revolution”. Read the articles by Annalisa Camilli in Internazionale and by Eleonora Camilli in Redattore Sociale.

2. Refugees in Sicily, between the mafia and the Nigerian gang

They survived the desperate crossing of the Mediterranean, but once they arrived, they found themselves targeted by the mafia and the Nigerian gang Black Axe. Watch this mini-documentary by Vice with HBO on refugees in Sicily, between despair and organised crime.

3. What will happen to the reform of citizenship laws?

What will happen to the reform of citizenship laws, which has been in limbo in the Senate for two years? Following pressures from human rights groups, teachers and politicians, and a commitment by PM Gentiloni to pass the law, there is new hope for a vote on the bill. This article by Annalisa Camilli in Internazionale explains what the reform would mean and why it is so important.


A year has passed since the so-called “final evacuation” of the Calais Jungle. “Jungle finish”, they said then, but since humanitarian emergencies cannot be solved with evacuations, there are still hundreds of migrants in the French border town, and they are all much worse off. Read the reports by Arianna Poletti in Q Code Mag and by May Bulman in the Independent (as well as our own report from last summer).

5. The limbo of refugees in Serbia


Abuse on migrants is an everyday reality at Europe’s eastern borders. A new MSF report, “Games of Violence”, and another report by Mixed Migration Platform, “Life in Limbo”, denounce how migrants trapped in an inescapable limbo are subjected to violence at the hands of border officers. Read the article by Ilaria Sesana in Osservatorio Diritti (as well as our own reports on the migrants left in the snow in Belgrade and how only volunteers are helping them). 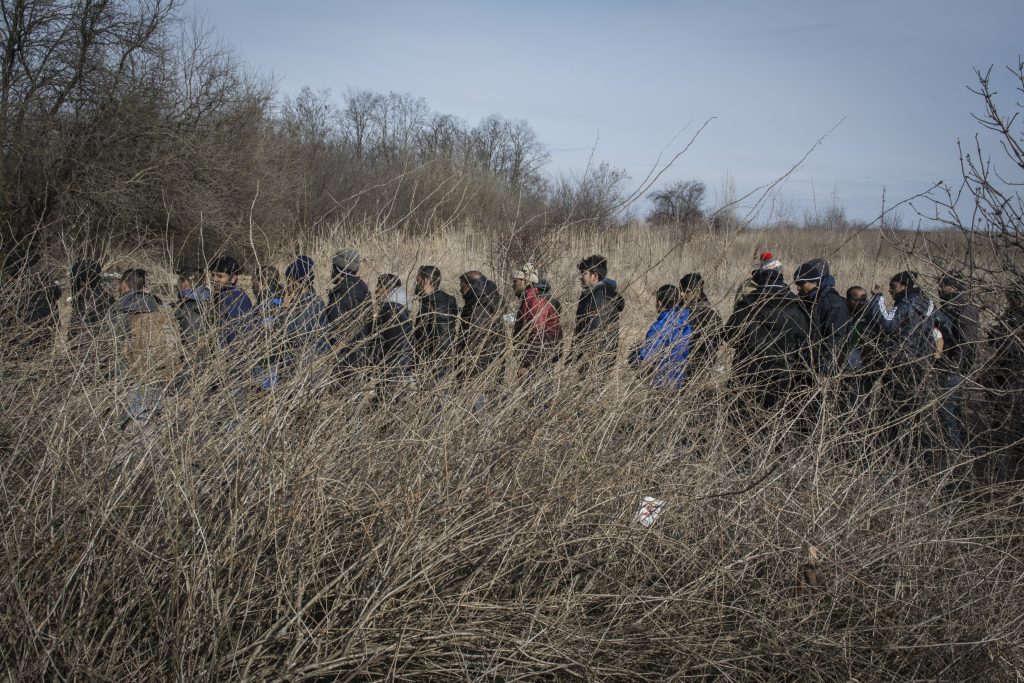 
This investigative report by Diego Cupolo and Jodi Hilton in Irin News illustrates the thriving business of human trafficking from Turkey to Romania through the long and dangerous Black Sea route, and how Romania is visibly unprepared to deal with the arrivals.

7. What happens to refugees after readmission to Turkey?

Following the much-contested EU-Turkey deal, the number of arrivals in Greece has dropped (but recently there has been a new surge) and European politicians have celebrated the “extraordinary success” of border cooperation with Erdogan. But what about the consequences of declaring Turkey a safe third country and pushing thousands of refugees back to the country? Orçun Ulusoy and Hemme Battjes wrote in Border Criminologies about what happens to the “returned and lost”, according to a recent study by the Vrije Universiteit of Amsterdam.

8. We are not doing enough for the Rohingya


Over half a million people on the run in the last two months, a an ongoing massacre in the country they are fleeing and a scene of desolation in the country where they are seeking refugees. The odds facing the Rohingya who attempt to escape the ethnic cleansing in Myanmar are truly overwhelming, and the international community is not doing enough to help them. Read the op-ed in the Economist.

9. How Jordan is deporting Syrian refugees

This heart-breaking report by Alice Su in the Atlantic describes the tragedy of Syrian refugees who are being repatriated, and the blurry lines between voluntary and forced return. “Qadhaf”, as they call it, can be translated as eject (like a cannonball). And the refugees explain: “We lost everything already in Jordan. We came back to die – to die on the soil of my homeland is better than to stay back there in humiliation”.

10. Not all refugees want to go home


Refugees only wish to finally return home: this is what we are told, but it is a false narrative. This interesting article by Rebecca Buxton and Lena Kainz in Open Democracy analyses the assumption and concludes that it is an oversimplification.
Translation by Francesco Graziosi.
Cover photo: Calais during the evacuation, by Sara Prestianni.