May 9, 2017
The attacks on humanitarian NGOs saving lives out at sea (and the larger trend of criminalisation of solidarity) are taking attention away from real challenges and responsibilities. Also: letters from Greece, where thousands of asylum seekers are stranded in an inescapable limbo; Poland wants to replicate Hungary’s model of container camps for asylum seekers and Australia is adopting discriminatory policies in its resettlement effort, by according a preference to Christian refugees.

1. Attacks on the NGOs, playing politics with people’s lives

The continuing attacks on the NGOs carrying out rescue operations in the Mediterranean are yet another example of politics playing with migrants’ lives, as well as a damaging distraction from real challenges and responsibilities, Judith Sunderland wrote in Human Rights Watch.

2. Why Europe cannot trust Libya with the lives of migrants

As the NGOs rescuing migrants at sea are being attacked in the media, Italy and the EU are trying to pass the burden of new arrivals on to Libya. A terrible decision, in the light of the country’s instability and the plight of migrants detained there. Watch the video by Valeria Brigida, Francesca Mannocchi and Giulia Testa for Internazionale (and read our own in-depth analysis of everything that is wrong with the deal with Libya).

3. This is how Italy let hundreds of people drown

In October 2013, a ship full of Syrian refugees was taking on water – and no one intervened, not even the Italian authorities who did not deploy their nearest unit. After 5 hours in distress, the ship sank and 268 people (including 60 children) lost their lives. Fabrizio Gatti reports on the tragedy in L’Espresso through previously unreleased images, phone calls between the Maltese forces and the Italian coast guard and the distress calls that were sent in vain from the ship.

4. Cédric Herrou, the French farmer who is standing up for migrants

He is the French “rebel” who claims the title of “passeur solidar” and a moral imperative to aid migrants in transit even at the risk of being sent to prison for his decision (read our own in-depth story on the criminalisation of solidarity). Read Annalisa Camilli and Valerio Maggio’s report in Internazionale on his meeting in Rome with the volunteers and migrants of Baobab Experience.

5. Bangladesh is now the single biggest country of origin for refugees on boats

Not just Africans: over 2,800 Bangladeshi asylum seekers arrived in Italy this year, when only one arrived in the first three months of 2016! Read Lizzie Dearden’s article in the Independent on the reasons for this sudden boom.

More than 60,000 asylum seekers are stranded in Greece following the closing of the Balkan route in the spring of 2016. The situation in the camps is truly desperate, with rampant cases of self-harm and suicide. Read Patrick Strickland’s report for Al Jazeera and the letters of a teenage girl and a young woman who fled Afghanistan and found themselves trapped in a Greek camp (in Refugees Deeply). 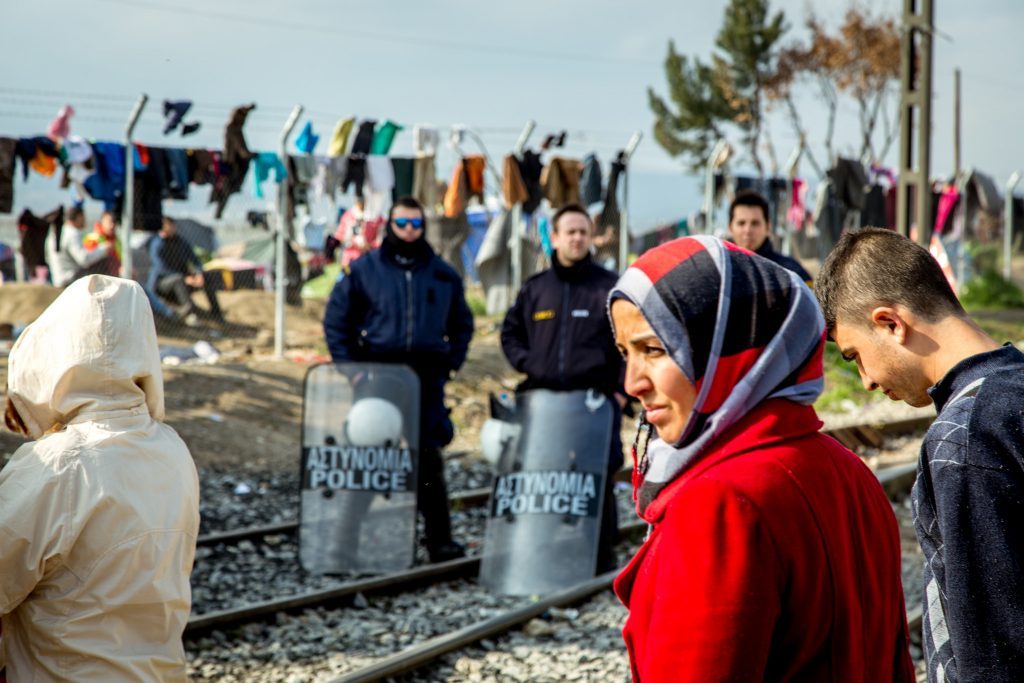 After Hungary, it is Poland’s turn to replicate Orbàn’s absurd approach to the management of asylum seekers: container camps for everyone. Read Elizabeth Collett’s article in Foreign Affairs on everything that is wrong with this draconian (and illegal) response.

8. Like Airbnb per for refugees: UK hosts and their guests

Where the local authorities fail, citizens step in. It’s happening everywhere in Europe, including Britain: read the story in the Guardian of British people opening their homes to refugees – in words and pictures.

What happens after landing? A New York Times documentary by Andrea Meller and Marissa Pearl tells the story of refugees from around the world spending their first night in the USA, amid feelings of disorientation, anxiety and hope.

Australia has committed to resettling refugees from Syria and Iraq – but it is doing so with an obvious preference for Christian refugees (who are only a small percentage compared to Muslims). Odysseus Patrick’s op-ed in the New York Times analyses the Australian experience as an example of the dangers of demonising Muslims and justifying discriminatory policies at the state level.