August 23, 2016
"Suspended". It's the destiny of the 854 persons who are detained in the centre of Manus island: the centre is closing but they don't know where they are headed. It's the education of many displaced Syrian children. It's the status of Fadi Mansour, prisoner for more than a year at the Ataturk airport in Istanbul. This week the focus is on the limbo refugees live in.

1. “Illegal and unconstitutional”, the Manus Island detention center is closing

Last Wednesday, the government of Australia and Papua New Guinea announced that the Manus Island detention center will be closed soon. No news on the destiny of the 854 persons detained, besides the fact that none of them will be resettled in Australia, writes Ben Doherty on the Guardian. Last April, the PNG Supreme Court ruled that the center was “illegal and unconstitutional”.

2.“The forgotten refugees”: 250,000 Syrian children are not getting an education

About 250,000 Syrian children living in Lebanon are left without an education, explains  Bassam Khawaja, a fellow at Human Rights Watch. The Lebanese government is making a significant effort, with the help of foreign donors: it has waived school fees and opened 200,000 places in public schools. Only 158,000 actually enrolled, though. Why? A recent HRW report shows several reasons, from arbitrary enrollment requirements, to a harsh residency policy that makes it difficult for refugees to maintain legal status, and transportation costs that impoverished families can’t afford.

3. Minors in Germany: struggling in school, recovering from trauma

The situation is better in Germany, but remains difficult, from lack of facilities and teaches to integration issues. The German government, though, is investing in the young refugees to give them knowledge that will allow them to integrate in the German labor markets, Yermi Brenner reports on Refugees Deeply. Meanwhile, an institute in Saarbruecken is providing intensive, short-term practical therapy sessions for young asylum seekers.

4. Flight for Life: the life of refugees as told by journalism students

The stories, fears, hopes of a group of refugees living in Hamburg – told by a group of students of journalism. The results is Flight for Life, a series of multimedia reportages created by 10 groups of students coming from the USA, Germany and Russia. The different nationalities and backgrounds contributed to create a unique perspective, says professor Stephan Garnett – one of the coordinator of the project – in an interview by Daniel Howden. 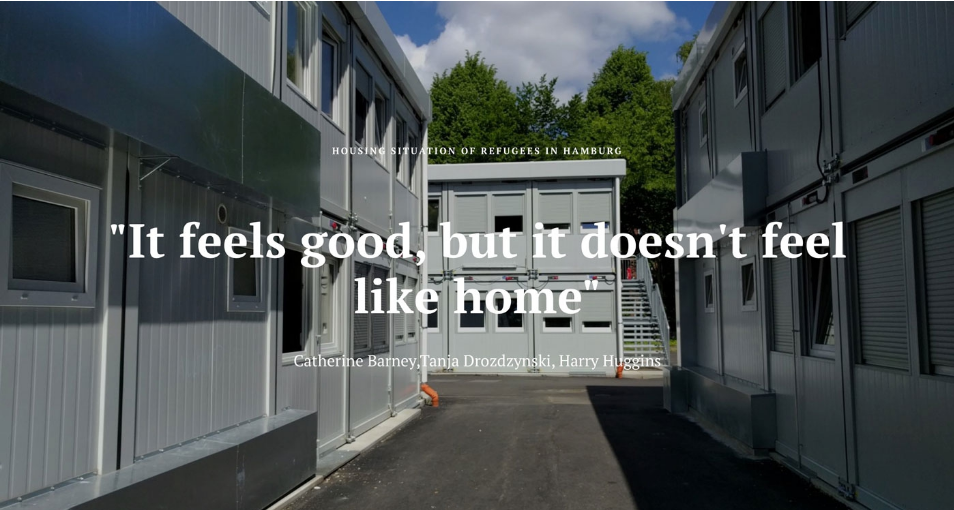 In the past few weeks, Lake Como has become yet another frontline: 500 people are currently camped in front of the central station, after the Swiss authorities tightened restrictions on border crossings – though recently the city of Como announced the creation of a new facility in September. Meanwhile, it seems that the Balkans route is not closed, despite the reports from last March – the analysis by Chiara Milan.

6. From Ethiopia to Tuscany… in the kitchen!

With a chef from Ethiopia and a waitress from Pakistan, Ethnos is not your average Tuscan restaurant: it is in fact part of Villaggio La Brocchi, one of the Protection System for Refugees and Asylum Seekers (SPRAR) set by the Italian Interior Ministry, which accommodated some 30,000 refugees in 2015. Villaggio La Brocchi hosts 38 families from Armenia, Syria, Lebanon, Nigeria and Kosovo. Silvia Marchetti on Politico Europe.

7. Refugees in Germany might have their phones searched by police

A recent proposal by German Interior Minister Thomas de Maizière could see refugees that seek asylum in Germany forced to give access to their phones and social media accounts to the police. The measure has already been used in Denmark, Sweden, Norway and the Netherlands, but – as pointed out by Philip Oltermann and Jon Henley on the Guardian – Danish media have also reported about immigration officers confiscating the mobile phones of 55 unaccompanied migrant children, with many having to wait up to a month for them to be returned.

8. When you’re stuck in a terminal (and it’s not a movie)

Life imitating movies: it might have been the thought of Fadi Mansour, while comparing his situation to that of Tom Hanks in the movie The Terminal.  quando ha guardato The Terminal. “But Tom Hanks was free to go around the airport, whereas I was just stuck in a single room.” said Mansour, a young Syrian man who was trapped for more than a year in the Ataturk airport in Istanbul. Luckily, his story has a happy end. 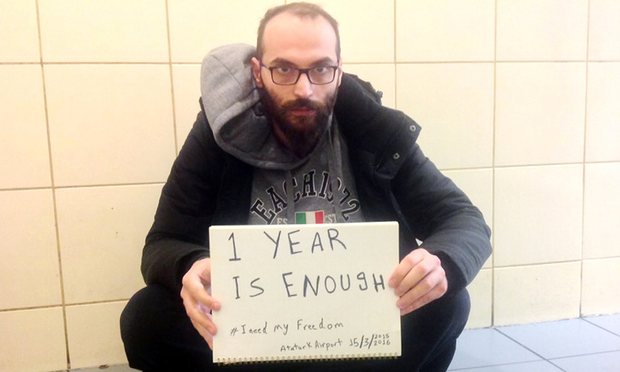 9. Mosul – and its uncertain future

The Liberation of Mosul is near – but its future is still blurry, writes Sara Manisera in her reportage on Internazionale.

10. Refugees in Finland: what has changed in the past 8 months?

In 2015, the refugee crisis also touched Finland, a country with 5.4 million inhabitants. In the past few months, though, about 8,000 people have left the country, some willingly, some because their asylum request was rejected, confirms Migri, the Finnish Immigration Services. But there are also as many as 10,000 people that are believed to remain in the country despite receiving a negative decision on their asylum application. (Helsinki Times)