October 11, 2016
The refugee crisis, within and beyond Europe: migrants in the Mediterranean, between hope and death; tales of refugees in Italy and Greece; the plight of Afghan refugees and how Syrians are caught in Lebanese limbo. This and more in our weekly web-review.

1. Migrants in the Mediterranean, between hope and death

While Italy was celebrating the first National Day in Remembrance of Victims of Immigration, its coastguard rescued over ten thousand migrants at sea in 48 hours, in what has been described as “one of the largest mass rescue operations undertaken in the Mediterranean sea”.

Photographer Aris Messinis witnessed one of the rescue operations, documenting it in a series of harrowing images. Everyone should look at them in order to understand the daily tragedy of migrants in the Mediterranean, torn between death and desperate hope. Read the outstanding reports in the Guardian and the New York Times.

Also a must read: Lorenzo Bagnoli’s article in Vice News on the identification of dead migrants in the Mediterranean by the Italian authorities. 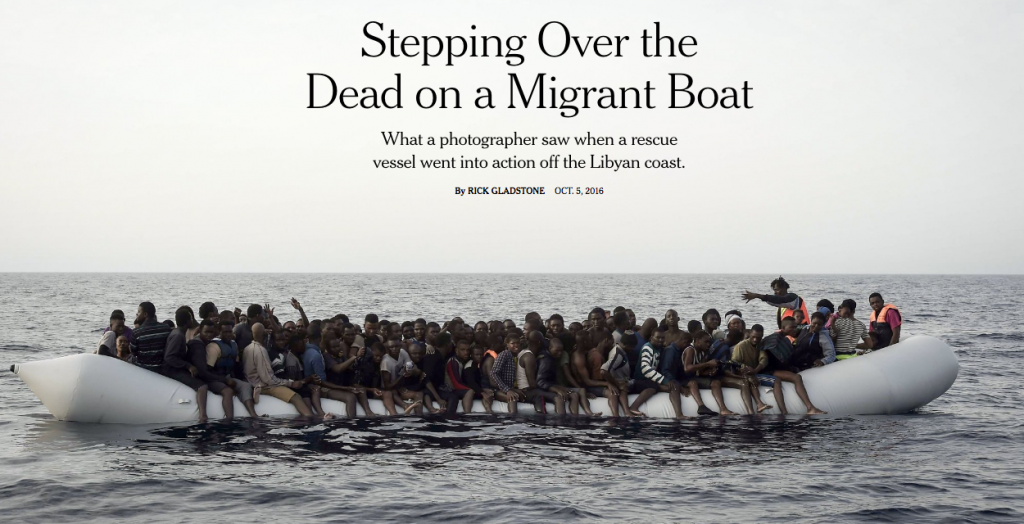 2. Beyond rescue operations: the refugee processing system in Sicily

What happens to refugees after they arrive? Read the Independent’s report on the refugee emergency in Sicily, where asylum seekers who survived the perilous crossing are being left to wait in overcrowded tents, detention centres and now even the rescue boats that should be patrolling the Mediterranean to prevent more deaths at sea, as Médecins Sans Frontières denounced.

3. The emergency in Rome, amid violations and evictions

The situation is not much better in Rome, amid numerous violations of the right to asylum and yet another evacuation of the Baobab welcome centre for migrants. Read Annalisa Camilli’s opinion in Internazionale.

4. Trapped: tales of refugees in Greece

Thousands of refugees remain stranded in Greece in extremely precarious conditions. A story told in words and pictures in Time. 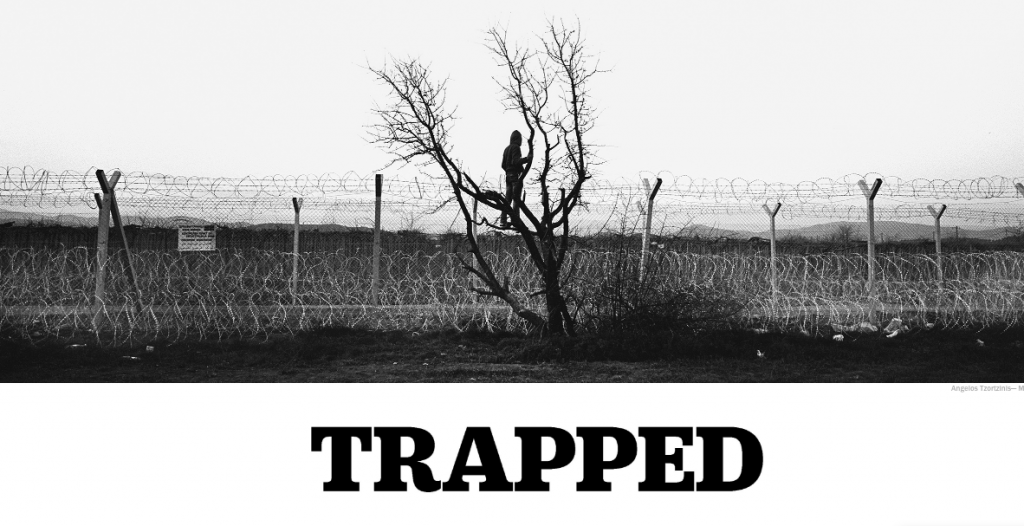 5. The refugee crisis, beyond Europe

Long before Europe declared a refugee crisis, millions around the world were victims of forced migration and had to leave their homes fleeing war, persecution and poverty. Al Jazeera’s interactive in-depth feature illustrates the basic facts of the global emergency, and offers a quiz to test the reader’s knowledge.

In a newly published report, Amnesty International accused the world’s wealthiest and most powerful nations of leaving poorer countries to bear the brunt of the global refugee crisis, and called for a more equitable international response.

The current situation, where ten countries – accounting for just 2.5 per cent of the global economy – are hosting more than half of the world’s refugee, is unsustainable. Read the article in Al Jazeera.

7. Death in the sands: the horror of the US-Mexican border

US Republican presidential candidate Donald Trump has promised to build a “beautiful wall” to keep out Mexican migrants. But America’s frontier with Mexico is already aggressively defended by drones and fences of the US patrol. Read the article in the Guardian on the horror of the border and the many deaths in the desert.

8. The plight of Afghan refugees

Afghans have truly become “second-class refugees”. Not only has neighbouring Pakistan (hosting over 200,000 refugees) intensified its effort to repatriate Afghan refugees; the EU has just signed a deal with the Afghan government that will send thousands of Afghan migrants back to a war-torn, increasingly hazardous country, which many of them have never even known.

Read the article in the New York Times and Refugee Deeply’s in-depth analysis. Also a must read: Robert Fisk’s for the Independent, on the responsibilities behind the great migrant outflows from Afghanistan.

A “permanently temporary life” for Syrian refugees in Lebanon, as told by Al Jazeera’s report, in pictures.

10. How startups are using technology to help refugees

While it has been argued that the social change community is perhaps too techno-solutionist (which alone cannot provide adequate responses to the crisis), it is also true that technology can be used to tackle Europe’s humanitarian emergency effectively. Wired has compiled a list of 12 startups that are using technology to help refugees connect with landlords, employers, learn the language and settle in new places.