November 7, 2017
This week, we begin our web-review from the farthest places. First we’ll cover the hell on Manus Island, where Australia detained and then abandoned asylum seekers, and the underreported tragedy of the Rohingya, caught between ethnic cleansing in Myanmar and closing doors in Bangladesh. We then return to the humanitarian disasters near home: the consequences of externalising migration to Libya and the neverending emergency in Calais. Last, we look at the roles art, technology and cities are playing in helping refugees integrate.

We are on the other side of the planet, on Manus Island, also known as Australia’s Guantánamo, yet another example of offshore detention.

However, we cannot say: out of sight, out of mind; we really need to talk about what is happening on the small island in Papua New Guinea, where Australia has been detaining hundreds of asylum seekers for years in inhuman conditions.

As of October 31st, the detention centre has officially closed down and is no longer providing power, drinking water or food. The closing was long overdue, but there is hardly any cause for celebration. Those who were not granted protection will have to leave, but no one knows where or how, since most of the 600 “guests” – mostly Iranians – cannot return to their countries. Hundreds of people have been left to fend for themselves for a week, without the bare minimum to survive, on a hostile island that does not want them.

They cannot stay, but they cannot go. Is there a way out of this hell?

There is no rest for the Rohingya, who are fleeing Myanmar in an attempt to escape the ethnic cleansing and are forced to seek refuge in Bangladesh, where they are unwanted and unprotected. This complicated, desperate situation, denied by Myanmar and neglected by the international community, has deep roots and is in urgent need of a solution.

3. The consequences of externalising (I): the EU’s responsibilities in Libya

We don’t need to travel that far to witness such horrors: all we have to do is look at what happening across the Mediterranean. The  consequences of Italian and Eu policies in Libya are as obvious as they are devastating: warring militias, growing instability, the black hole of detention camps (and the illusion of humanising them).

4. The consequences of externalising (II): close one route, another one will open

Over the last few months, the number of migrants arriving in Italy has dropped. This is no coincidence, but the result of specific policies and strategies by Italy and the EU, with the sole purpose of blocking every access route. But close one route, and another one will open.

The Guardian has a series of articles on this complex issue:

5. How Europe is criminalising solidarity

For a while now, Europe has witnessed hostility towards those who are helping migrants and refugees. The attack on the NGOs carrying out rescue operations at sea is only an example of a wider trend of criminalising which found many ”guilty of solidarity”. Read Frank Barat and Ben Hayes’s op-ed in Euractiv.

6. Calais: a year on, people are still waiting

A year from the “forced evacuation” of the “Jungle”, the humanitarian emergency is Calais is worse than ever. Read this report by Alex Fusco in Open Democracy (as well as our own report from a few months back). 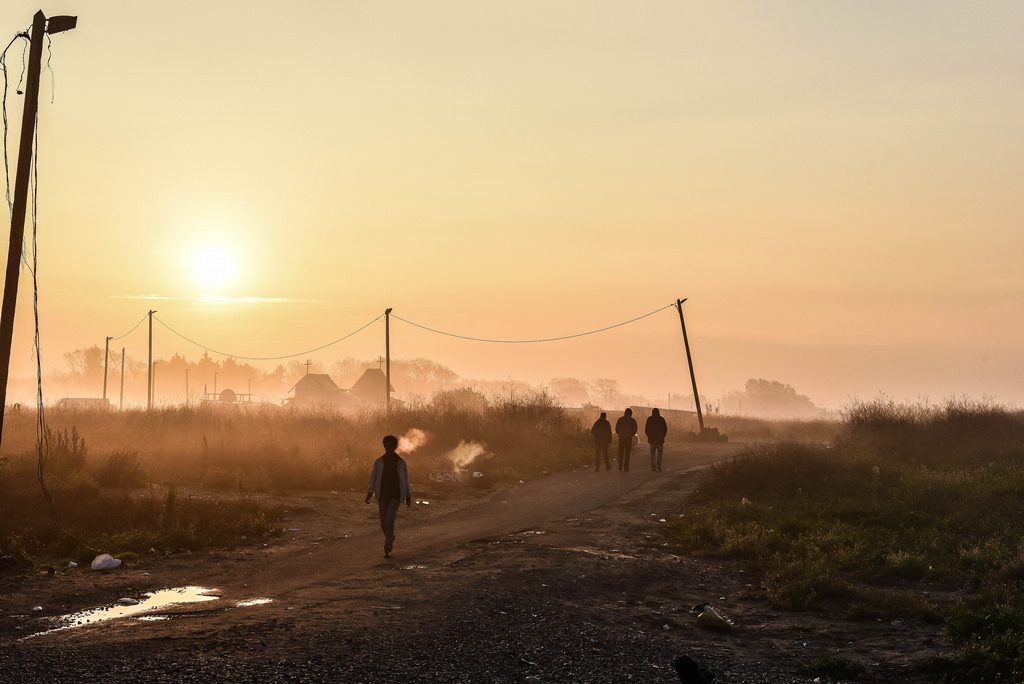 Calais, the day after the eviction. PH: Sara Prestianni.

Quante richieste d’asilo vengono fatte in Europa, e come cambiano i numeri nei diversi Stati? A Welcoming Europe is a portal curated by the European Parliament, with charts and graphics on the number of asylum across the continent. In addition to European trends, also read Deutsche Welle’s coverage of Germany, which holds the record for the number of people seeking protection and were refugees are waiting longer for asylum processing.

8. Why cities are key to integrating refugees

Integrating refugees happens in the cities, and this is why we need a “metropolitan revolution” in the model, acknowledging the essential role of urban players. Read the op-eds by Bruce Katz and Jessica Brandt of the Brookings Institute (which has been focusing on cities and refugees for a long time) and by Alice Charles and Dilip Guna of the World Economic Forum (which recently published an extensive study on the subject). Also read our own in-depth analyses on cities beyond solidarity and a new paradigm for integration).

9. How technology can help migrants and refugees: the case of blockchain

We have already written on how the so-called “refugee crisis” led the tech community to share its expertise to find innovative solutions to the humanitarian emergency (we also investigated the limits of this approach). Today we are looking at the impact of the blockchain technology, which is being used in Jordan (and soon, hopefully, elsewhere) to send aid to refugees, in Finland to speed up integration for asylum seekers, and in Singapore to help undocumented migrants get paid for their labour. On the potential of the blockchain technology, read the articles by Ben Paynter in Fast Company and by Angela Wells and Lara Llopis in Tech’s Good, explaining how blockchain could revolutionise (and may be already revolutionising) humanitarian efforts.


Art is a powerful tool for remembering and telling, exposing and healing. There is the Syrian refugee artist who unpacks the baggage of fellow refugees and shows them to the public through dioramas of their lives and their belongings (Matt Petronzio wrote about it in Mashable), while Ai Wei Wei is using art to explore the absurdity of national borders  (Zoe Cooper wrote about it in Vox), and there are projects that use art to advance the integration of asylum seekers: “Make Art Not Walls” in the Italian town of Trevi (Sylvia Poggioli in NPR) and Ethiopia’s Adi Harush refugee camp (read Rebecca Omonira-Oyekanmi in Lacuna). And don’t miss the report by our very own Marina Petrillo on Italian art explained by migrants.