December 31, 2018
Crimes of solidarity, migrant pushbacks, a new government, racist attacks, closed ports, a new bill on security immigration and the Global Compact. 2018 was a crucial year for Italy’s migration policies. As we prepare to write about the coming year, here are 12 of our best reads from 2018.

1. January: The Libyan hell and the human costs of closing the Mediterranean route

2018 opened with yet another tragedy at sea: on January 6, more than 60 people drowned off the coast of Libya after their boat capsized. The ship Aquarius was patrolling the icy waters, ready to rescue hundreds of people. Read the logbook by photographer Federica Mameli.

Further south, in Libya, the agreement with Italy to stop the flow of migrants would destabilise the country: fighting broke out in Sabratha in September 2017 and did not stop for 3 weeks, a prelude to the battles for control over the main Libyan cities that will continue through 2018. Thousands of migrants were caught and trapped amid the conflicts. Two young Moroccan migrants sent reports and requests for help in their correspondence with Marta Bellingreri. 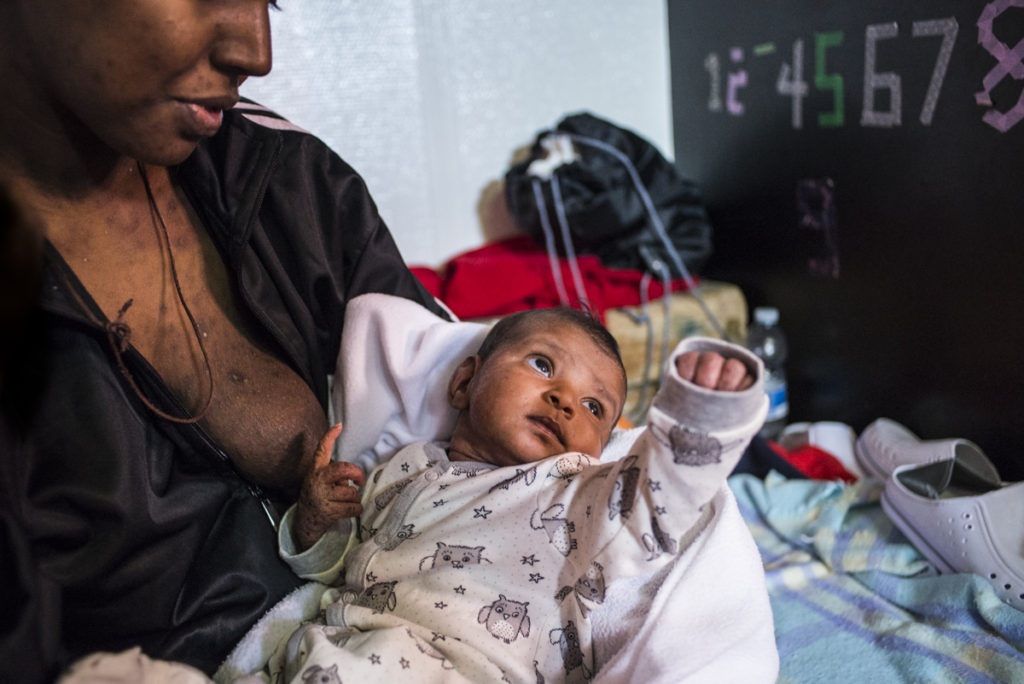 December 27, 2017. Central Mediterranean. In the shelter of the Aquarius, a young Somalian girl is resting with her two-month-old baby in her arms. The child was born in a detention centre in Libya. Both of their bodies are covered in scabies (Photo: Federica Mameli/SOS Méditerranée)

On Saturday, February 3, one month before the general election, 28-year-old Luca Traini drove a car through the town of Macerata, looking for black immigrants to shoot. He was arrested hours later, wrapped in an Italian flag, while giving the Roman salute. He was sentenced to 12 years in jail for attempted mass murder, aggravated by racism, amid solidarity by right-wing groups and parties.

Among those injured in the shooting spree (all of them from Sub-Saharan countries) was Kofi Wilson, who had a shoulder pierced by one of the bullets. Marta Cosentino and Emanuele Satolli met him soon after he was discharged from hospital.

The results of the March 4 election in Italy saw millions voting for anti-EU, anti-immigrant populist forces. The policies first adopted by interior minister Minniti are now pursued by his successor Salvini.

The election campaign was characterised by anti-immigrant rhetoric and marked by episodes of intolerance. A few hours from the vote, Italy is once again shaken by violence: a 54-year-old man from Senegal, Idy Diene, is shot and killed in Florence.

Meanwhile, a ship with the Spanish NGO Proactiva Open Arms, which has been docked at Pozzallo since March 18 following the rescue of 215 migrants, is impounded by the Catania prosecutor. The ship’s captain, the mission leader and the director of the NGO are facing charges of criminal conspiracy and abetting illegal immigration. Marina Petrillo, Lorenzo Bagnoli and Claudia Torrisi explained the prosecutor’s case against Open Arms (read the second part qui).

The court in Ragusa order the release of the impounded ship a month later: “Libya is not yet capable of ensuring the fundamental rights of the migrants rescued at sea. When the NGO refused to hand over the migrants to the Libyan Coast Guard on March 15, their actions were dictated by need”.

4. April: The externalisation of borders

This is why Italy had begun to send troops to Niger, following a cooperation agreement with the Sahel country (a pact that was kept secret, but will have to be declassified thanks to the efforts of CILD and the Association for Juridical Studies on Immigration).

The much-lauded agreement was not a success. Not only did Niger refuse to continue the stipulated evacuations from Libya, but also the number of migrants crossing into Libya was rising even as that of migrants leaving Niger dropped. Read Giacomo Zandonini reported for us from the border. 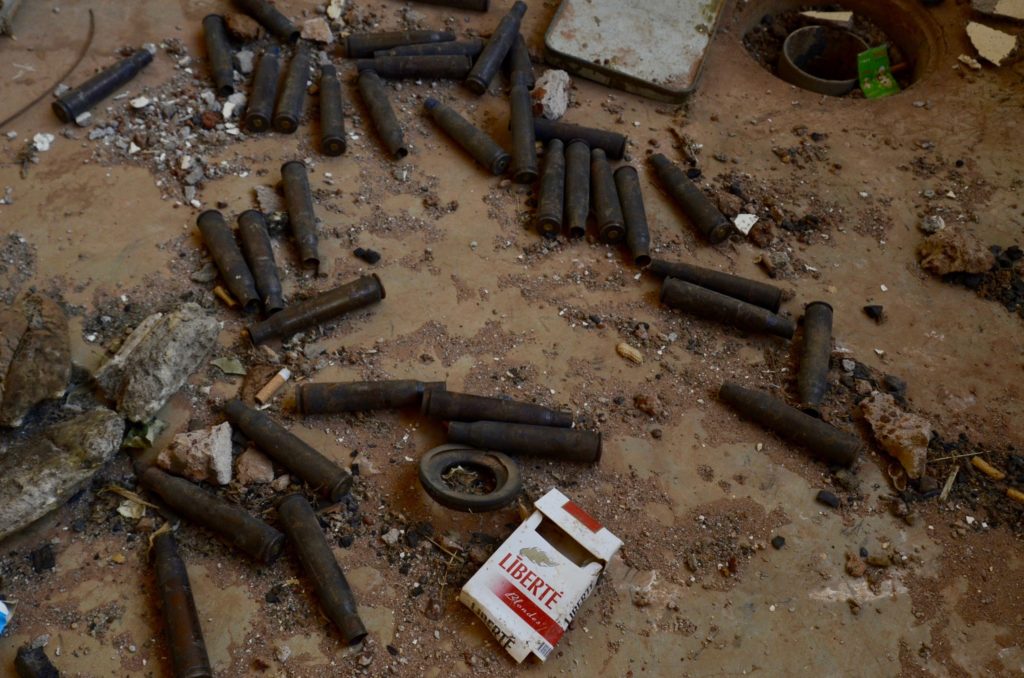 5. May: Pushbacks by proxy and militias – the Libyan Coast Guard

In the first five months of the year, over 42 per cent of migrants who departed from Libya for Italy and survived the journey were returned to Libyan shores. This compares to approximately 11 per cent in the same period in 2017. As Laura Clarke explained, the increase is to be seen in the context of the “pushback by proxy” strategy adopted by Italy through the activities of the Libyan coast guard.

But who runs the Libyan Coast Guard in a country where rival militias are fighting over control of ports, oil wells and infrastructure?

Between January and June 2017, the Zawiya Coast Guard alone intercepted 5,707 migrants out of 10,989 – but according to the Catania prosecutor, the very same officers were also involved in human and oil smuggling. Read the report by Cecilia Anesi, Lorenzo Bagnoli and Giulio Rubino.

6. June: Closing the ports – the case of the Aquarius

In the night between June 9 and 17, the ship Aquarius rescued 629 people, including 123 unaccompanied minors, 11 children and 7 pregnant women during 6 separate operations. Despite the deployment of Italian military units, coordinated by the Italian MRCC, the Italian government subsequently denied the ship permission to dock in any of the southern Italian ports, calling on Malta to welcome the Aquarius instead. After the rescued migrants were transferred on Italian military vessels and following an offer by the Spanish government, the Aquarius finally docked at Valencia on June 17. Thanks to data obtained through a Freedom of Information request, we know now that refusing the Aquarius permission to disembark the rescued migrants and escorting it all the way to Spain has cost Italy at least 290,000 euro.

7. July: The case of the Asso Ventotto, new complications for merchant ships

On July 30, the Asso Ventotto, an Italian offshore supply ship, picked up 108 migrants who had left Libya on a dinghy. According to the owner, the ship was contacted by the Libyan Coast Guard around 57 nautical miles northwest of Tripoli, in international waters but almost certainly within the Libyan SAR zone. Also according to the owner, the ship took on board one of the Libyan officers and took the rescued migrants back to Libya, coordinating with the Coast Guard.

Under the present conditions, even merchant ships, which have always played a role in Central Mediterranean rescue efforts – are being targeted: they may be left without a safe docking port for days, to great economic losses for their owners, or may be even made to participate in illegal pushbacks. Read the article by Lorenzo Bagnoli and Francesco Floris.

8. August: The case of the Diciotti and the Zarzis fishermen

August was a relentless month for migrants and migration policies. As the investigations into the alleged complicities between migrant rescue charities and human traffickers were dropped one by one, the Diciotti, an Italian Coast Guard ship, was held for a week in the port of Catania with over 150 migrants on board.

Meanwhile, off the coast of Lampedusa, six Tunisian fishermen were arrested by the Italian authorities under charges of abetting illegal immigration, facing up to 15 years in jail. Both the fishermen and the rescued migrants told about a boat in distress, an attempt to contact the Italian Coast Guard and their cooperation with the authorities during the rescue operation. 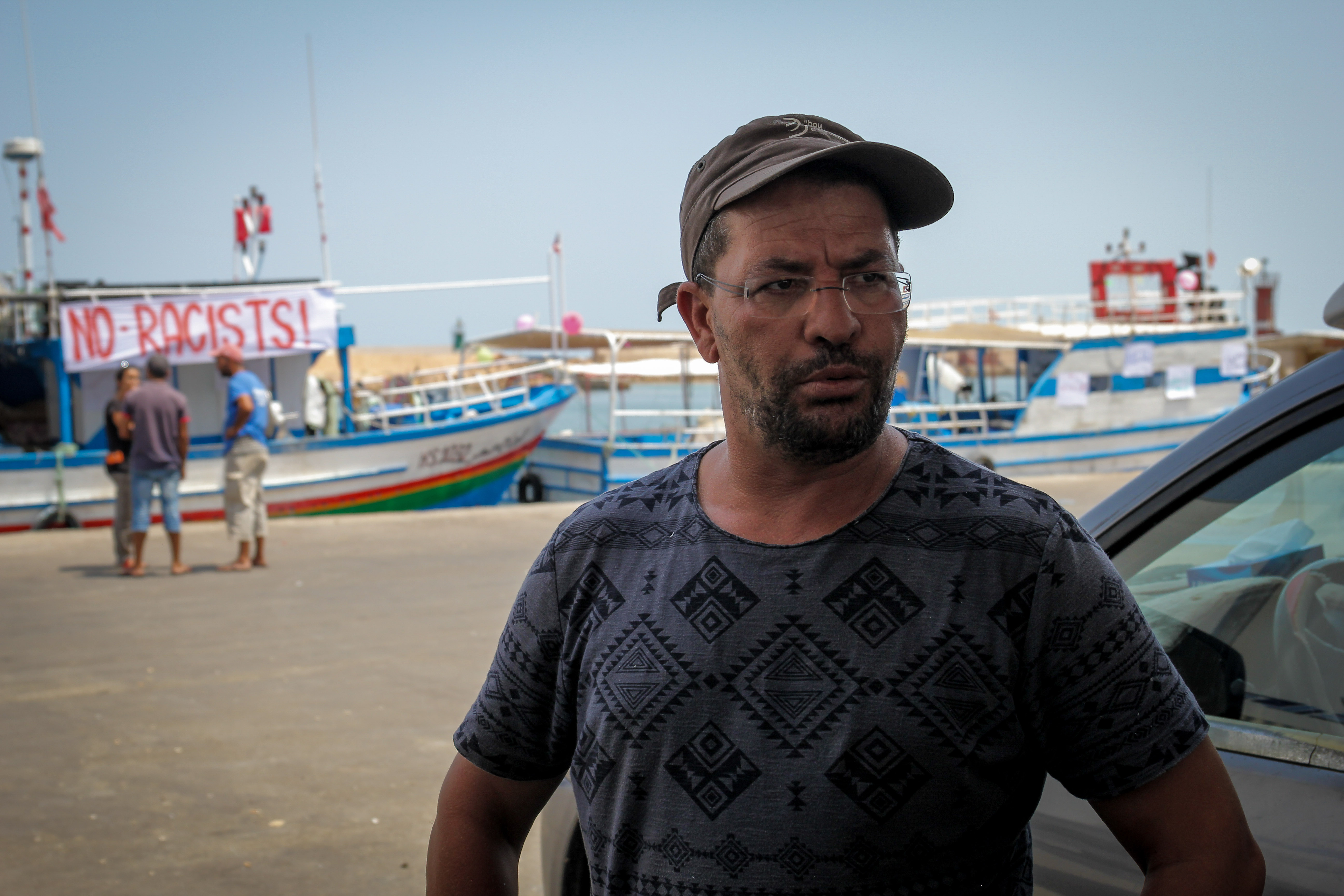 Giulia Bertoluzzi and Valentina Zagaria wrote about the 6 fishermen, who were acquitted of all charges in September.

9. September: What if migrants don’t want to stay in Italy?

Fifty migrants rescued by the ship Diciotti left the centre in Rocca di Papa where they had been transferred and appeared to have deliberately gone missing. Many were surprised by this, but Italy has always been a country of transit for most Eritrean migrants (as we wrote in 2015). Too often, however, the main obstacle is the Dublin Regulation, the EU law that determines the Member State responsible for the examination of the asylum application. Francesca Genoviva had written in January about a possible reform of the Dublin Regulation, a reform that did not materialise in 2018.

Amid inhuman arbitrary detention, self-harm, psychological conditions described as “beyond desperate”, Marianna Karakoulaki reported for us from the migrant camp of Moria on the Greek island of Lesbos, where 60% of those assisted by the IRC have suicidal thoughts).

Whether in Moria, on Nauru Island of in Libyan detention camps, deterrence policies pushed by the EU and Australia against migrants, refugees and asylum seekers have produced catastrophic results. 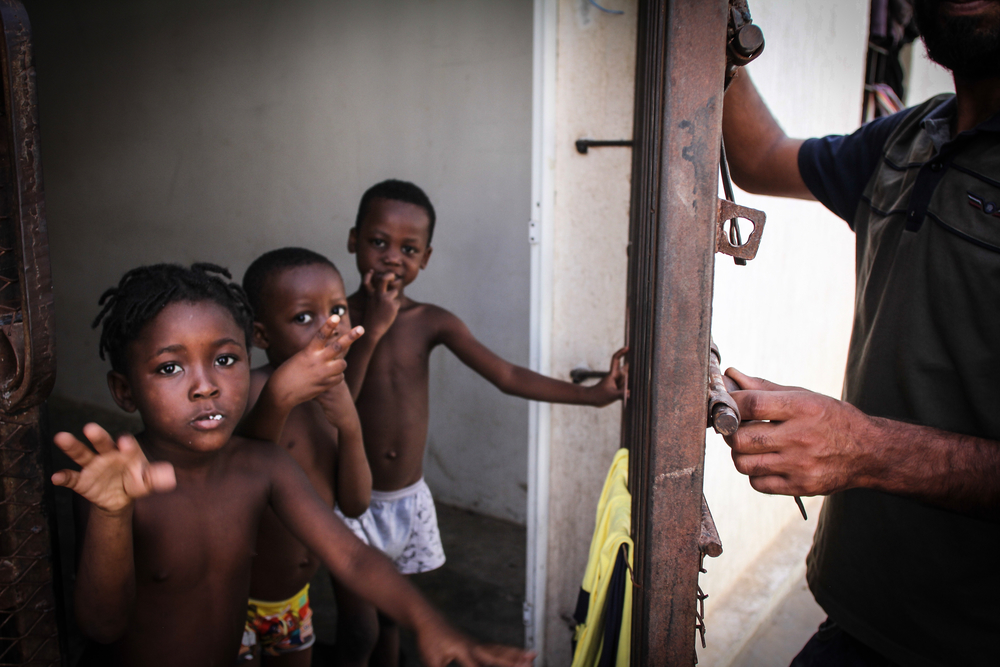 According to Marco Bertotto, Head of Advocacy for MSF, the only way to ensure the continued protection of these people is to call for their immediate evacuation.

On November 28, following a vote in the Senate, the Chamber of Deputies has voted into law the bill on security and immigration pushed by interior minister Salvini.

For an in-depth analysis of the bill and its consequences by Claudia Torrisi, read here,

Paolo Riva explained the issues with the list of “safe countries of origin” that Italy will compile under the new law.

A few days earlier, the Baobab centre for migrants, operated by volunteers in Rome, was evacuated again. A refuge for many Italians and migrants passing through the city, offering food and shelter as well as legal assistance and health care. Read the article by Eleonora Camilli.

12. December: Italy withdraws from the Global Compact on Migration

“A text rich in ideas and innovations” and “an impossible gamble in an age of xenophobia and nationalism” is how Marta Foresti described the Global Compact on Migration, a UN document for shared guidelines on migration policies – which was approved on December 10 in Marrakech, and that Italy decided not to sign.

In addition to being the only Mediterranean country absent from the Marrakech conference, Italy also decided to abstain from voting at the General assembly, while it was one of 181 countries that ratified the Global Compact on Refugees (a complementary agreement). Read our analysis of Italy’s decision by Serena Chiodo and Lorenzo De Blasio.

See you next year!

Cover photo: December 26, 2017, international waters off the Libyan coast. In the night between Christmas and St. Stephen, 234 people – many of whom children – are transferred from a Spanish military ship of EuNavFor Med to the Aquarius (photo: Federica Mameli/SOS Méditerranée)